The rally on June 21 was announced by his re-election campaign Monday, after a previously scheduled June 1 rally in Cedar Rapids was postponed. The rally will be held at the U.S. Cellular Center.

He has previously held rallies in Melbourne, Florida; Harrisburg, Pennsylvania; Louisville, and Nashville. During the Nashville rally, President Trump said he wanted to hold them on a constant basis. 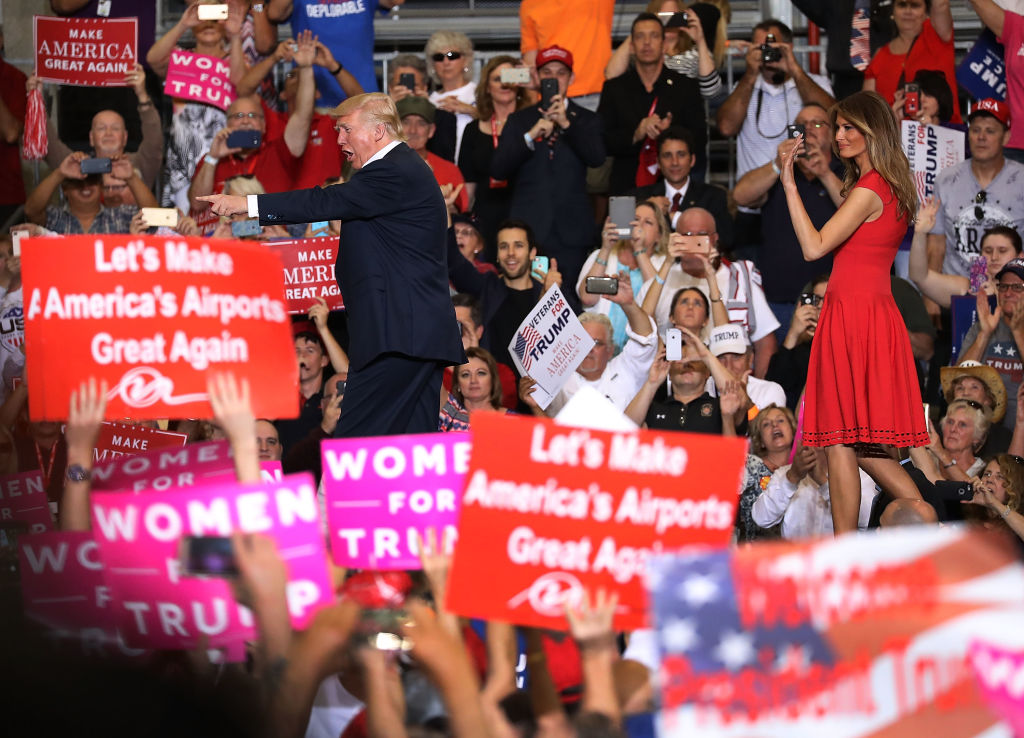 MELBOURNE, FL – FEBRUARY 18: President Donald Trump and Melania Trump are seen during a campaign rally at the AeroMod International hangar at Orlando Melbourne International Airport on February 18, 2017 in Melbourne, Florida. President Trump is holding his rally as he continues to try to push his agenda through in Washington, DC. (Photo by Joe Raedle/Getty Images)

“Great crowd, great people, great spirit. We’re going to do these rallies every two weeks,” Trump told a reporter at the time.

Eric Ostermeier, who authors the University of Minnesota’s Smart Politics blog, told The Daily Caller at the time that it is “unusual for Donald Trump to be holding this many rallies this early in his presidency, particularly outside of the campaign cycle.”

Axios reported Sunday that the White House is worried about an erosion of support from the president’s voter base.