Hours before Former FBI Director James Comey testified before the Senate Intelligence Committee, the line to get into Union Pub was wrapped around the corner before the doors were even open. The way the local D.C. bar was packed early Thursday morning, you’d think those who gathered were about to watch the Super Bowl.

But in the heart of our nation’s Capitol, minds were focused on something other than sports.

Reporters from outlets like CRTV and Fox News hovered over the scene to nerd out and capture the collective high surrounding the event.

The day was a monetary boon. They reeled in $15K.

People used any old excuse to get out of work to day-drink and watch arguably the most televised event since President Trump‘s inauguration. Some called off work. Some took a break from the office. Others were interns sent to interview average DC-ites regarding the Russia/Trump issue.

Guests enjoyed themselves, and their ice cold beers and quesadillas at 10 in the morning. 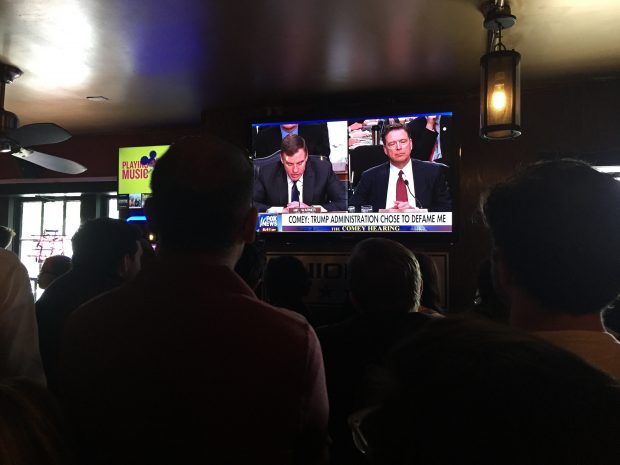 One man, who admitted his political IQ was pretty weak, said he maintained a sincere interest in politics due to his exposure to the 2000 election and his time serving in Afghanistan. Others surrounding him were more well-versed.

Despite each watcher’s political stance or degree of knowledge on the case, everyone tuned in intently to Comey’s testimony. Most were there to witness the highly anticipated and unpredictable Q&A portion between the committee and the ex-FBI Director.

Once the hearing began, the pub fell silent and tense. The room occasionally broke the silence to erupt in laughter. A specific instance was when Sen. Dianne Feinstein (D-Calif.) said to Comey, “You’re big, you’re strong.” Another was when Sen. Ron Wyden (D-Ore.) expressed that Comey’s termination… well, for lack thereof a better term, ‘stinks.’

Comey had a few zingers that pertained to Trump’s credibility and honesty by stating that he documented their conversations right after they had them due to “the nature of the person.”

Washington resident Lamaar King, 39, commented on Trump’s decision to fire Comey stating that “He should have waited until the investigation was done.”

King went on to say that “He [Trump] shouldn’t have just fired him because it raises too many red flags, even if you are innocent,” he said. “[But] I think there’s too many things pointing in that direction.”

“It’s all about the dollars,” he added.

When asked if he was surprised that Trump refrained from tweeting during the hearing he said, “His phone probably died.”

The staff at Union Pub clearly loved this unusual way of getting people to come together.

“We would definitely do something like this again!” said Ashley Saunders, Union Pub’s manager. “It was a huge success and very out there. We’re very happy with how it turned out.”

About 500 people were reported to have come in and out of the pub during the day with sales estimating around $15,000. 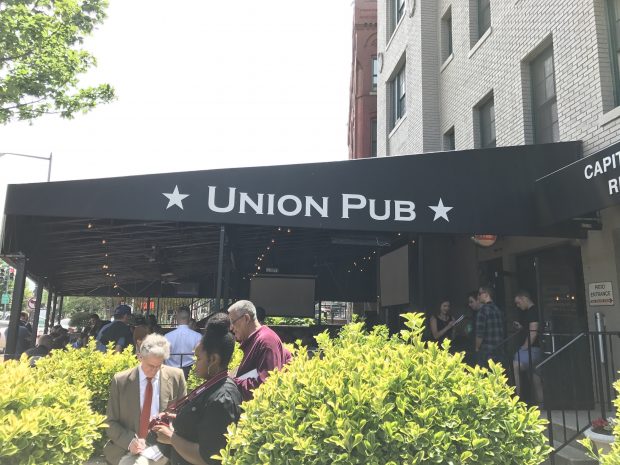 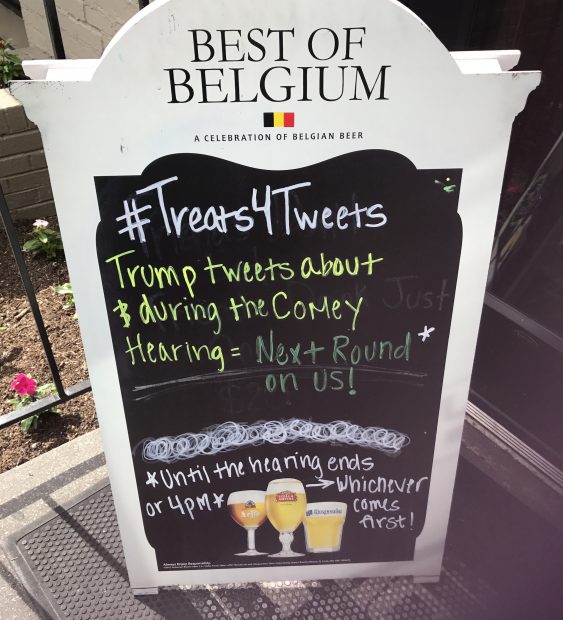 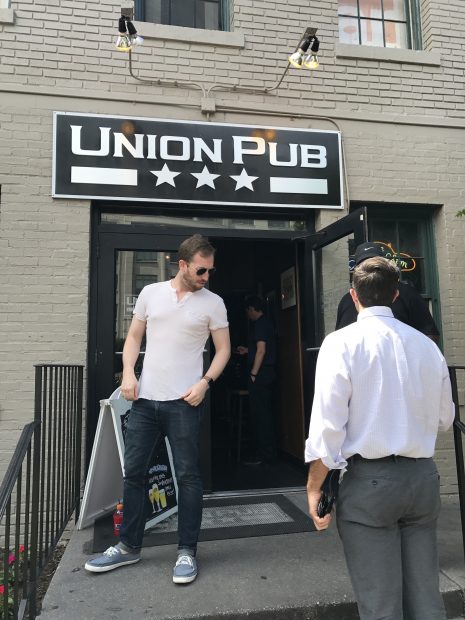