Nicole Kidman looked stunning when she showed up Monday night at the premiere of her movie “The Beguiled” in Los Angeles, California, in a pretty floral gown. 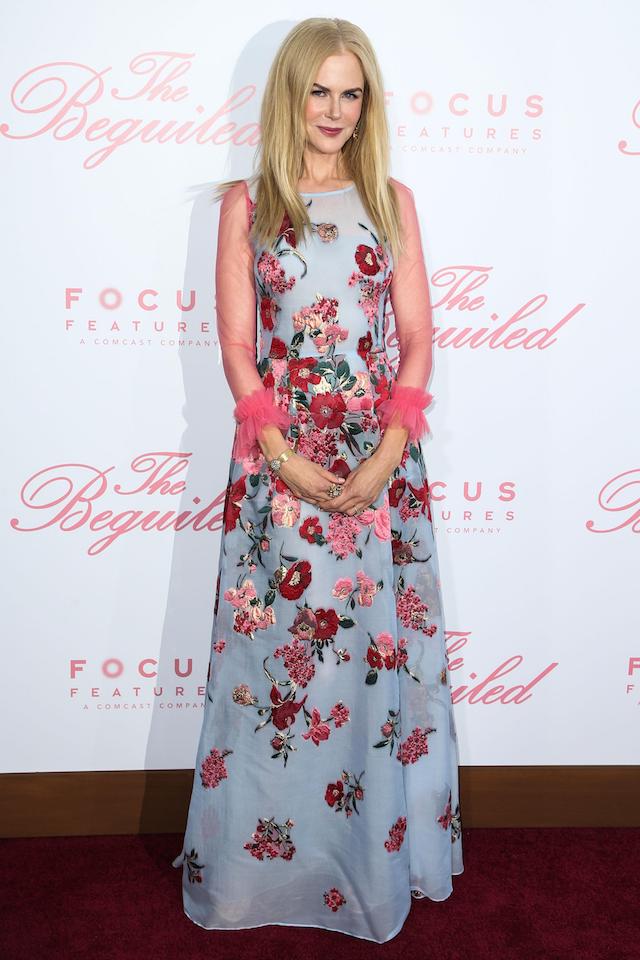 The 49-year-old actress turned heads in the floor length dress that had pink sheer sleeves and an intricate pattern of embroidered flowers that covered the powder blue dress as she walked on red carpet at the Directors Guild of America event. (RELATED: Nicole Kidman Just Flashed So Much Leg On The Red Carpet That People Think She Deserves An Award) 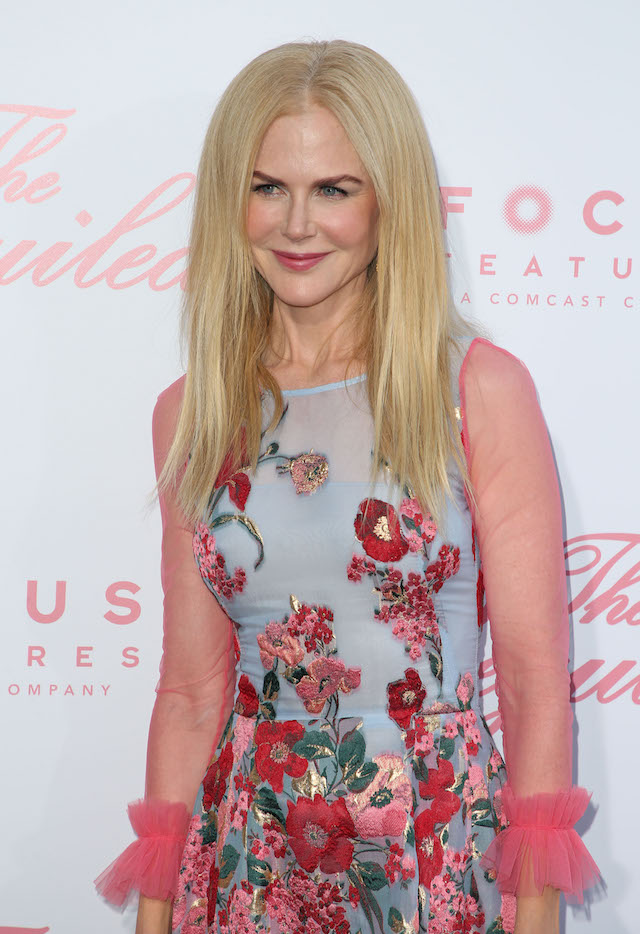 Entertainment Tonight caught up with the actress at the event who shared that she was definitely going to “embrace” turning 50 next week.

“I’m absolutely embracing it,” Kidman explained. “I try to embrace all parts of my life now because I think you just go, ‘Wow. [I’m] so lucky, so blessed.'” 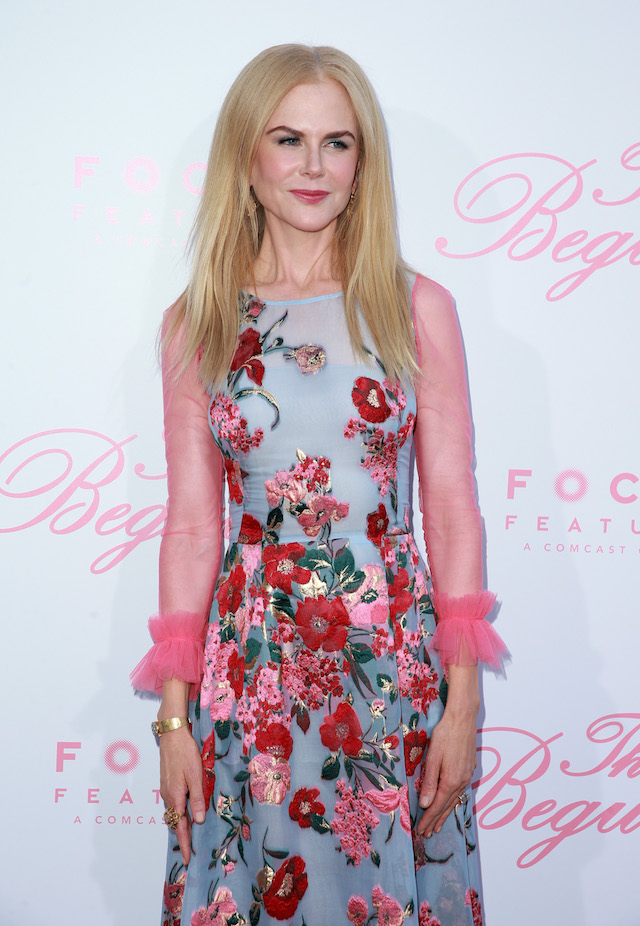 “[I’m] making an effort to go back and see my mom in Australia and spend time [with her],” she added when asked where she would be celebrating her birthday. “I’ve got the whole summer off, so I’m just kind of relaxing.” 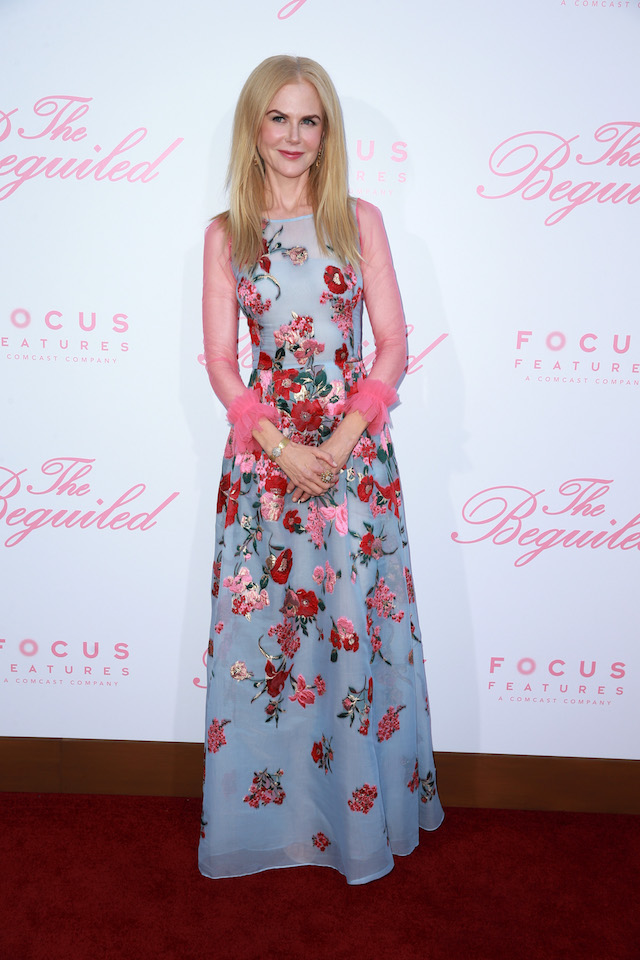 Photographers captured the “Big Little Lies” star having a good time as she posed for pictures in a few shots with the rest of the cast, including Kirsten Dunst, Elle Fanning, Emma Howard and the director of the film Sofia Coppola. 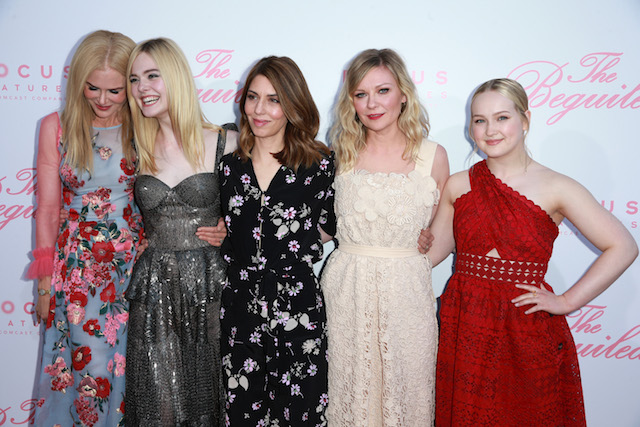