Louisiana Rep. Steve Scalise and at least four others were shot at an early-morning baseball practice in Alexandria, by an as yet unidentified gunman. I predict a sharp turn toward gun-control talk today among our moral, ethical, and intellectual betters, if it turns out this guy is one of theirs.

I’m told Rep. Jeff Duncan plans to give a statement to police regarding a conversation he had with the shooter before leaving practice early

The man was wearing running clothes, asked Duncan: “Are those Republicans or Democrats out there practicing?” Per source familiar.

That’s an interesting question to ask, right before you start shooting at people.

Reportedly, Scalise was shot in the hip and is now in stable condition at GWU Hospital.

Update: WaPo has identified the shooter as James T. Hodgkinson, owner of a home-inspection business in Belleville, IL. Here’s his Facebook page. 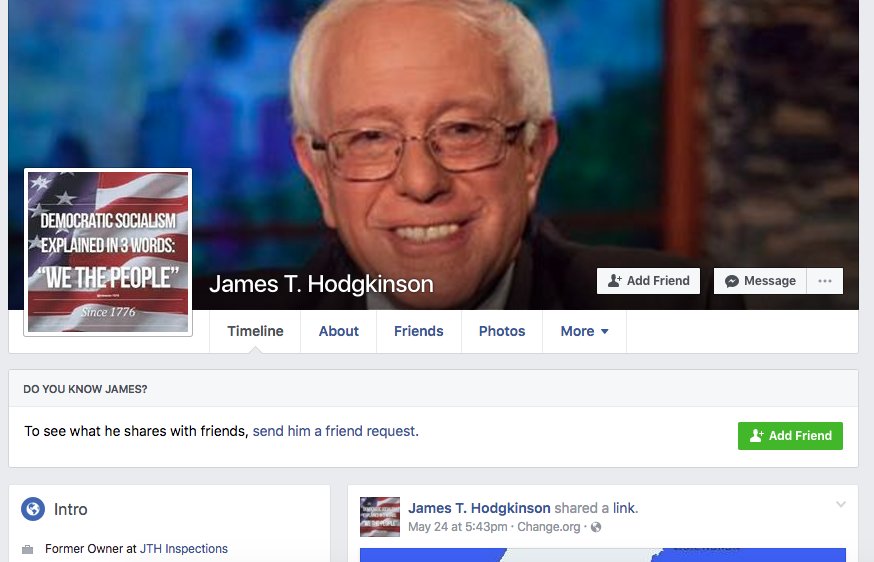 A post from the #Alexandria shooter: James T. Hodgkinson pic.twitter.com/OS3uos0ZKI