Rep. Steve Scalise is undergoing surgery and in stable condition at MedStar Washington Hospital Center in Washington, his office has confirmed.

Scalise, the majority whip of the House of Representatives, is among five people who were reportedly shot at a congressional baseball practice Wednesday morning. His office issued the following statement regarding his condition:

“This morning, at a practice for the Congressional Baseball Game, Whip Scalise was shot in the hip. He was transported to MedStar Washington Hospital Center, where he is currently undergoing surgery. He is in stable condition. Prior to entering surgery, the Whip was in good spirits and spoke to his wife by phone. He is grateful for the brave actions of U.S. Capitol Police, first responders, and colleagues.

“We ask that you keep the Whip and others harmed in this incident in your thoughts and prayers.” 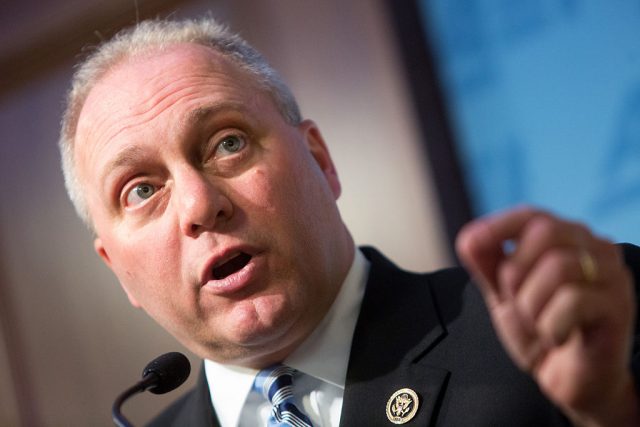 Scalise’s office said it will release additional information regarding his condition.