Rep. Steve Scalise is undergoing a third surgery after he was gunned down during a congressional baseball practice Wednesday.

According to Politico, doctors at the MedStar Washington Hospital Center started a third operation on the 51-year-old House majority whip Thursday morning. Scalise suffered severe blood loss and has received multiple transfusions after he was shot in the hip by James T. Hodgkinson, who opened fire on several lawmakers in Alexandria, Va. 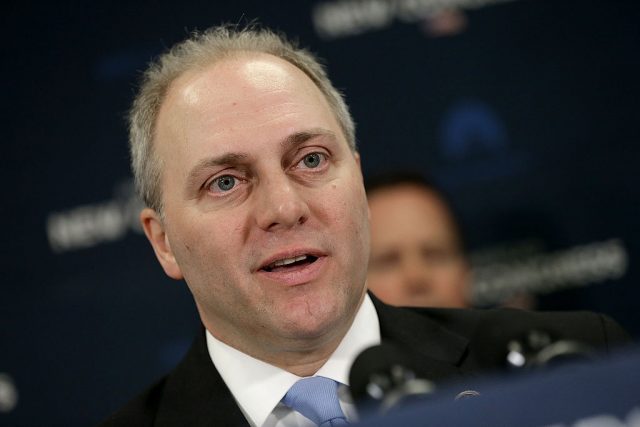 The hospital said in an update Wednesday night that the Scalise remains in critical condition. He was shot in the left hip, the hospital said, and the bullet “traveled across his pelvis, fracturing bones, injuring internal organs and causing severe bleeding.”

President Trump visited Scalise at the hospital Wednesday night. He stayed for about half an hour, and spoke with Scalise’s wife Jennifer and Capitol Police officers while he was there.

Trump said Thursday that “it’s been much more difficult than people even thought at the time,” but that Scalise is a “great fighter.”

“He’s going to be OK, we hope,” Trump said. “Steve, in his own way, may have brought some unity to our long divided county. We’ve had a very. very divided country for many years. I have a feeling that Steve has made a great sacrifice, but there could be some unity being brought to our country. Let’s hope so.”