I’ve heard the statement a thousand times, “I carry a .45 because they don’t make a .50.” I like .45s, but that statement is getting a bit old. Now I have a great response: “Sorry, but they do make a .50.” In fact, Guncrafter Industries has been making the .50 GI now for a dozen years. Just slightly shorter than the .45 ACP, the .50 GI case measures .530 inches in diameter. It has a rebated rim, so it would use the same shell holder. A .45 ACP round sits nicely inside an empty .50 GI case. Yes, it’s an imposing round to see, in case you were wondering.

I’ve tested two other Guncrafter guns in the past, both chambered for the clasic .45 ACP round. The CCO and Frag models I tested were as close to perfect as pistols get, with match-level triggers, super slick actions, and ragged-hole accuracy. They didn’t sport high-tech features like full-length guide rods or bull barrels, but they functioned perfectly and shot tiny groups with any ammunition. The .50 GI Model 4 has the same perfect fit and finish. You’d think guns with a price past the $3,000 mark would all be perfect, but that’s not always the case. Not long ago, a friend purchased a prestigious race doublestack 1911. He felt the trigger wasn’t up to par, and when he disassembled the gun, he found upgraded parts he’d paid for weren’t even on the gun. I reviewed another company’s 9mm race gun—a $3,400 gun—and found the trigger was gritty and the magazine wouldn’t drop free, big problems. This hasn’t been the case with the Guncrafters guns I’ve tested. So far, with three guns tested, I’ve found not a single flaw. My test gun was the Model 4 Long Slide model with a 6-inch bull barrel. It’s a big gun, weighing just less than 45 ounces, empty. It features a Wilson Combat adjustable rear and a Trijicon Tritium front sight. The safety is ambidextrous, and there’s a blended magazine well and a flush-cut, deep-crowned bull barrel. The front strap and flat mainspring housing are checkered, as is the contact surface of the magazine release. The solid trigger has a backlash adjustment screw, but needed no adjustment. There was no discernible creep in the trigger. It broke crisp and clean at just over 4 pounds, but felt lighter due to the clean break.

The finish is a pleasant and functional matte black Melonite. It provides a classy look and lowers the coefficient of friction while hardening the surface of the parts. It’s also extremely rust resistant. Every Guncrafter gun I’ve tested has been more than the sum of its parts. Choosing the right components is important, but fit and finish are at least as critical, especially with 1911s, where exacting fit produces both accuracy and reliability.

The relationship between the metal parts is impeccable. The slide is smooth and has no lateral or vertical movement, a perfect mating of slide to frame rails. The thumb safety, grip safety and mainspring housing are a perfect fit and are gently melted to remove any sharp edges that contact the hand. Loading the oversized magazines is easy because the big rounds provide a lot of area to push against. Magazine capacity is seven rounds, and there’s a witness hole on the side to indicate a full magazine. Since the .50 GI round has a rebated rim, the rear of the magazine lip is slightly crimped in to keep the round positioned correctly. Magazine insertion is simple with the extended magazine well, and magazines seat easily, even when fully loaded with the slide down. Magazines drop free of the magazine well, as they should. The Model 4 comes with two stainless magazines with polymer bases. It also comes with a takedown wrench for the one-piece guide rod, a ballistic nylon carrying case, and an embroidered Guncrafter towel.

Shooting the .50 GI isn’t much different from shooting hot defensive loads in a compact 1911. The extra weight helps with the added power. Fully loaded with 230-grain copper hollow points, the Model 4 Longslide weighs 54 ounces. The gun’s weight  and carefully matched recoil spring with full-length recoil spring guide helps keep recoil smooth. You won’t forget the factory loads (purchased from Guncrafter) have about 30 percent more energy than a defensive .45 ACP load, but you won’t be uncomfortable. Recoil is a strong push—no feeling of slamming or peaks.

Accuracy was exceptional. Bench rested at 25 yards, five-shot groups ran a bit above one inch, with my best group measuring just .551 inches. I’m sure there was a bit of luck in that one, but suffice it to say the Model 4 is accurate. The sights are both easy to see and easy to adjust. The Model 4 feels like a regular 1911 in the hand despite the larger frame and magazines. My friend Mike and I tried running the Texas star on his range with the Model 4, but neither of us managed to clean it. We both came close, but it just didn’t happen.

While the .50 GI is certainly capable  as a defensive round, I imagine the extreme penetration of most of the available loads might be a liability. Should one choose to use it for defense, the 185-grain copper hollow point would be the right call. With a muzzle velocity of almost 1,250 feet per second (fps), the solid copper hollow point expands into a perfect four-pointed star when fired into ballistic gel. Another reasonable use for it would be as a trail gun in bear country. The 275-grain jacketed hollow point at about 950 fps approaches .44 Remington Magnum energy, with a power factor of over 260. With eight rounds in a semi-auto, it’s an impressive package indeed. There is some extra weight in the Long Slide version, but there’s also a measurable increase in performance, and that weight also results in more manageable recoil and faster follow-up shots.

Accurate, powerful, reliable, beautiful, OK, where’s the down side? Well, there are a few. First is the availability and price of ammunition. Currently, .50 GI is available from Guncrafter Industries. Pricing runs from about $30 for a box of 20 300-grain FMJ loads, to about $50 for a box of 20 copper hollow points. While this seems a lot for the FMJ loads, the price of the hollow points is only about 40 percent more than quality .45 ACP defensive ammunition. I suspect most of the .50 GI guns won’t see daily use as high-volume shooters, so maybe this isn’t a big factor. Another downside is the initial purchase price, and again, for what you’re getting, it isn’t unreasonable. The days when guns that cost $3,000 were unusual are long past. As mentioned above, I’ve tested several $3,000 pistols, and some have been unsatisfactory. This certainly isn’t the case with the Model 4. It’s as perfectly executed as any 1911 I’ve ever tested, and several of them have run north of $3,000.

This isn’t a pistol for everyone, and I suspect that’s part of the appeal. It’s a quality piece of equipment, unique in many ways, and it performs as designed. Guncrafter Industries isn’t trying to build guns for everyone; they build guns for a certain demographic, and from what I see of the Model 4, they’ve come pretty close to the center of the target.

Click here to get your copy of Straight Talk on Armed Defense. 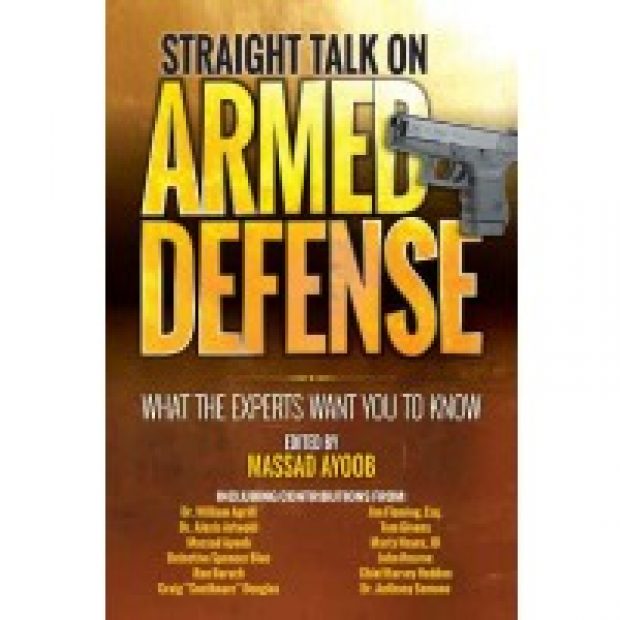