Forest fires in central Portugal have killed at least 61 people and injured dozens more over the weekend, including motorists attempting to flee their homes, reports the Wall Street Journal.

Portuguese Prime Minister António Costa describes the six fires, which are still burning, as the “greatest tragedy of human lives” in the country’s recent history of forest fires. 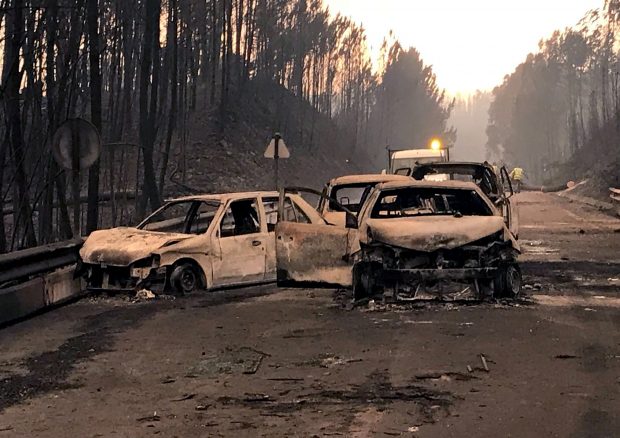 Burned cars are seen on a local road during a forest fire near Pedrogao Grande, Portugal June 18, 2017. REUTERS/Guillermo Martinez – RTS17KUN

At least 47 people got trapped in their cars after the flames engulfed a stretch of road near Pedrógão Grande, located approximately 120 miles northeast of the nation’s capital, Lisbon. They were trying to flee their homes, many of which were destroyed.

The deadly blaze started when lightning struck the ground during a thunderstorm on Saturday afternoon. Since then, the flames have spread into six major fires and dozens of smaller ones.

Portugal battles forest fires every summer but rarely those that cause such significant loss of life. Temperatures in the region can reach up to 100 degrees Fahrenheit, making the parched earth more susceptible to catch flame. The heat, combined with low humidity and strong winds, can also complicate firefighters’ efforts to distinguish fires.

“It’s going to be a long time until they are stopped,” said Paulo Santos, commander of Portugal’s national civil-protection agency. “We want to stop this as fast as we can.” 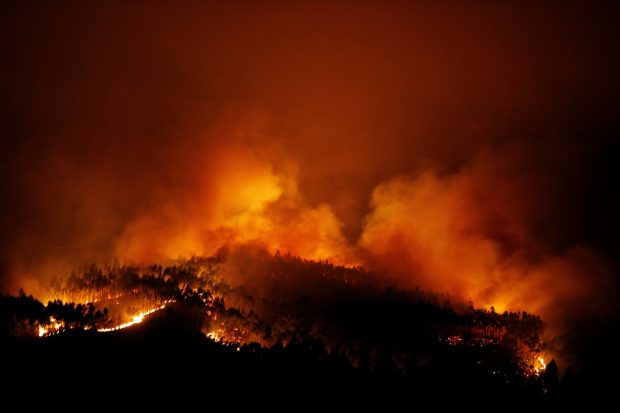 More than 1,500 national firefighters have been dispatched to combat the flames. Nearly half of them are focused on the largest and most destructive active fire near Pedrógão Grande. Other major fires located near Coimbra and Castelo Branco, according to the Wall Street Journal.

Officials expect the death toll to continue rising, unless firefighters can get the flames under control.