Allegations of forgery are being leveled against the Turkish lobbying client of former national security adviser Michael Flynn.

Ratio Oil, an Israeli oil company, says that a letter cited in a recent BuzzFeed profile of Flynn’s former client, Ekim Alptekin, is a fabrication.

Alptekin, the chairman of the Turkish-U.S. Business Council, claimed that the June 28, 2016, letter shows that he hired Flynn, a retired lieutenant general, to help with a private business concern and not as a conduit for the Turkish government.

The letter, which bears a Ratio letterhead and signature by its chairman, Ligad Rotlevy, grants Inovo BV, “the rights to exclusively represent RATIO in the Republic of Turkey for the purpose of exploring and managing the opportunity to export gas from [the Leviathan gas field] into Turkey.”

“I would like to confirm that there is no alternative person or company that is authorized to represent RATIO in Turkey,” the letter concludes.

Such an agreement would have given Inovo BV exclusive rights to transport natural gas to Turkey from the Leviathan gas field in the Mediterranean. Ratio owns a substantial stake in the gas field which lies off the coast of Israel. (RELATED: Michael Flynn Is Lobbying For Turkish Businessman)

But a Ratio spokesperson says the letter in the BuzzFeed piece is a fraud.

“The letter in question did not come from Ratio and therefore it is a forgery. Our response remains the same: Ratio did not employ the services of Mr. Ekim Alptekin,” Orit Teicher, a spokesperson for Ratio, told The Daily Caller. 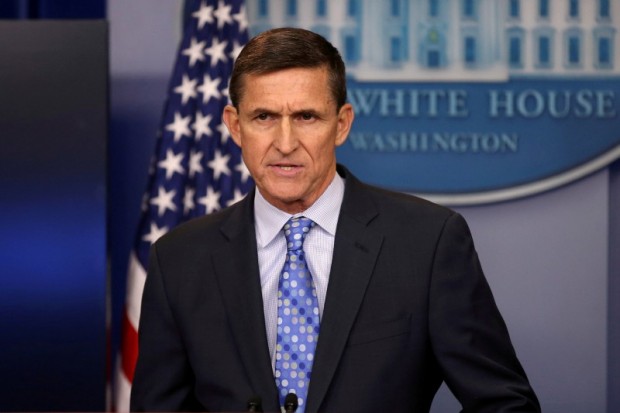 Nadav Eyal, an Israeli journalist with the Tel Aviv-based News Channel 10, first reported Ratio’s denial. Eyal reported back in March that Ratio denied having any connection to Alptekin and had never employed him.

Alptekin, who once worked for former California Rep. Tom Lantos, did not respond to multiple emails seeking a response to Ratio’s claim. But the 39-year-old entrepreneur has made conflicting claims in the past about Ratio and about his relationship with Flynn.

Alptekin’s rationale in hiring Flynn — whether as an operative of the Turkish government or as a private businessman — is a key question in the numerous investigations being conducted of the former Defense Intelligence Agency director and his consulting firm, Flynn Intel Group.

The FBI, Congress, and Special Counsel Robert Mueller are reportedly investigating Flynn’s business relations with foreign governments, including Turkey and Russia. Congress and a U.S. attorney in Virginia have subpoenaed Flynn Intel business records as part of their investigations. (RELATED: Michael Flynn Is Under Investigation For Turkish Lobbying Work)

Through Inovo BV, a shell company registered in the Netherlands, Alptekin signed a $600,000 contract with Flynn last August.

The lobbying relationship was uncovered by TheDC just days after the election because of a Nov. 8 op-ed published by Flynn in The Hill. In the piece, Flynn took a position on U.S.-Turkey relations that he had not expressed publicly in the past. He praised the Turkish government and called for the extradition of Fethullah Gulen, a Muslim cleric living in exile in the U.S.

Turkey’s president, Recep Tayyip Erdogan, claims that Gulen masterminded a failed July 15 coup attempt. He has pleaded with the U.S. government to extradite the imam.

Alptekin initially denied his hiring of Flynn was centered on the Gulen issue. In fact, he at first denied even knowing about the op-ed prior to its publication.

“Please let me know who did submit it. I would love to know,” Alptekin told this reporter in a phone interview in November when asked if he was involved in writing the op-ed. Alptekin later acknowledged that he reviewed a draft of the article, which was given to him for review by Flynn Intel Group chairman Bijan Kian days before publication.

Alptekin first claimed that he hired Flynn in order to help his contract with a Mideast energy firm that he declined to publicly identify at the time. He told TheDC in the November interview that Ratio was his client, but he said he did not want the name made public because of confidentiality agreements he said he had with the company.

He said in that interview that he believed he signed a contract with Ratio in March 2016, several months before the date on the letter published by BuzzFeed. He also claimed to have emails from Ratio in which the firm told him they were not happy with his work.

“At some point they suggested that I maybe consider subcontracting to experts, which I ended up doing through Flynn Intel Group,” Alptekin said in November.

Alptekin told other news outlets that he paid Flynn Intel Group a five-figure sum for its services.

But Alptekin’s claims were undercut by Flynn’s decision to file as a foreign agent of Turkey on March 7, weeks after he was fired by President Trump as national security adviser.

The disclosures, filed with the Justice Department, show that Alptekin paid Flynn Intel $530,000 over the course of three months. They also make it clear that Gulen — and not Ratio Oil — was the main focus of the contract.

Ratio is only mentioned on one page of Flynn Intel’s Justice Department disclosures, whereas Gulen is identified throughout the documents.

The reference to Ratio is made in a statement attributed to Alptekin’s lawyers at Arent Fox. The statement asserted that Alptekin hired Flynn Intel “specifically to understand” the “tumultuous” U.S.-Turkey political climate in order to aid Inovo’s business deal with the Israeli firm.

That same disclosure also makes it clear that Flynn Intel Group knew that Alptekin had consulted with the Turkish government.

Flynn, who was advising the Trump campaign at the time, agreed in the contract to use an “investigative laboratory” of former FBI and intelligence community officials to conduct an investigation of Gulen. Flynn also agreed to make “criminal referrals” if warranted. (RELATED: As Foreign Agent For Turkey, Flynn Agreed To Form ‘Investigative Lab’ To Make ‘Criminal Referrals’)

The meeting with the Turkish government officials was held on Sept. 19 at a New York City hotel. Flynn, Alptekin, several Flynn Intel officials, and Turkey’s foreign and energy ministers were present. (RELATED: New Documents Show The Next Scandal That Would Have Hit Michael Flynn)

Former CIA director James Woolsey, an unpaid adviser to Flynn Intel, was also in the meeting, which Alptekin did not discuss until after Flynn disclosed it with the Justice Department.

Woolsey has said in interviews that discussions that day turned to the extra-judicial extradition of Gulen. Alptekin and Flynn’s lawyer have denied the allegation. 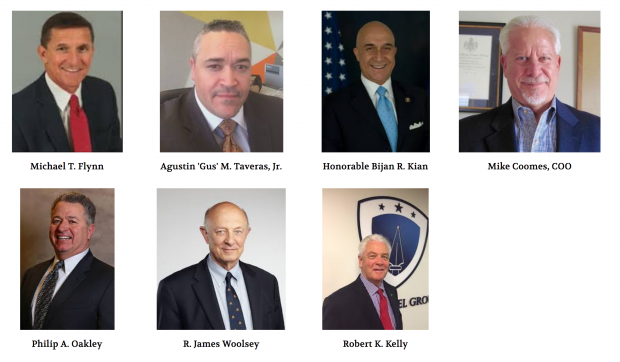 The meetings with the House Homeland Security Committee occurred in October. A staffer on that committee told TheDC that Bijan Kian, the Flynn Intel chairman, led the meetings.

Alptekin has said that Kian, a former board member of the Export-Import Bank, was his connection to Flynn. Kian was on the board of one of Alptekin’s Turkish companies, and both are on the board of the Nowruz Commission, a U.S.-based group which Kian formed in 2010.

As part of its Inovo contract, Flynn Intel also engaged in a PR campaign to demonize Gulen. Flynn’s team, led by Kian, hired journalists to produce a documentary criticizing the cleric. A Turkish journalist and the former head of Turkey’s military intelligence services gave interviews for the documentary in a Washington, D.C. hotel room.

The American journalists working for Flynn Intel said that Kian wanted to keep the project a secret.

Alptekin did not respond to multiple emails seeking comment throughout the day Tuesday.

But he would seemingly have documents which could help settle whether he worked with Ratio.

In addition to the emails with Ratio he mentioned to this reporter in November, Alptekin told BuzzFeed that “less than $100,000” of the money paid to Flynn came from the oil company. The rest came from his personal account and a $20,000 loan from his wife. In its unanswered request for comment, TheDC asked Alptekin whether he has documents showing financial transactions with Ratio.

This article will be updated if he responds.