It turns out that Republicans are having sex more frequently than Democrats, a study published Monday revealed.

The study, conducted by Professor Nicholas H. Wolfinger, examined the sex lives of Democrats, Republicans and Independents. Independents and Republicans are more likely to have sex at least once a week than their Democrat peers, the study showed.

“This finding left me curious about how specific components of relational bliss might be affected by political leanings. The answer is surprising: Republicans have more sex than Democrats and cheat less on their spouses. Political independents have sex even more often than Republicans but cheat at the same rate Democrats do,” Wolfinger, a University of Utah professor, explained in the Institute for Family Studies report.

Wolfinger based his study on a question from the General Social Survey, asking respondents “about how often did you have sex during the last 12 months?” Wolfinger found that Independents are 22 percent more likely to have weekly sex than Democrats, while Republicans are 11 percent more likely after controlling for age, sex, ethnicity and year the survey was taken. 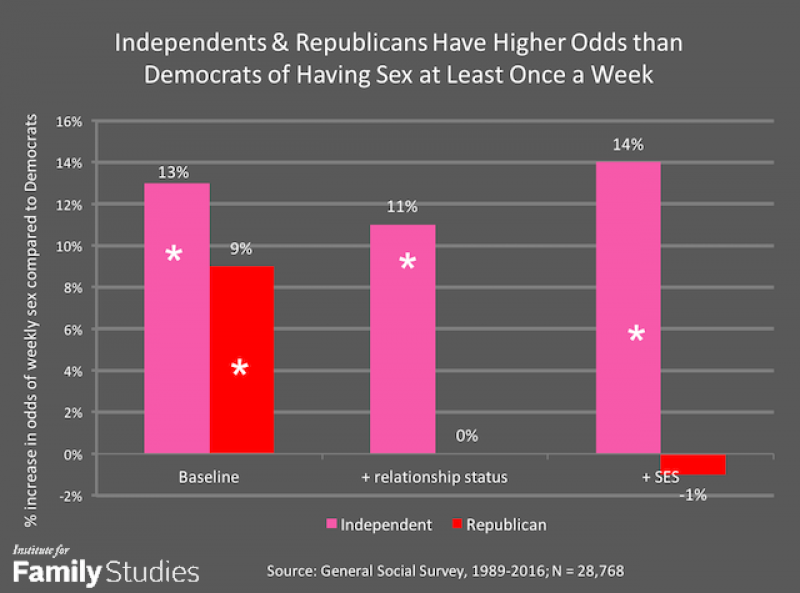 “The results show that independents and Republicans are, respectively, 22% and 11% more likely to have weekly sex compared to Democrats (in other words, independents have the most sex and Democrats have the least). The absolute differences in sexual frequency aren’t large — only a few percentage points — but they are large enough to be statistically significant,” Wolfinger explained.

The reason that Republicans have more sex than Democrats probably comes from their higher marriage rates, Wolfinger explained.

Wolfinger also found that Republicans are about 23 percent less likely to cheat than Democrats. Independents and Democrats cheat at about the same rate, the study revealed. 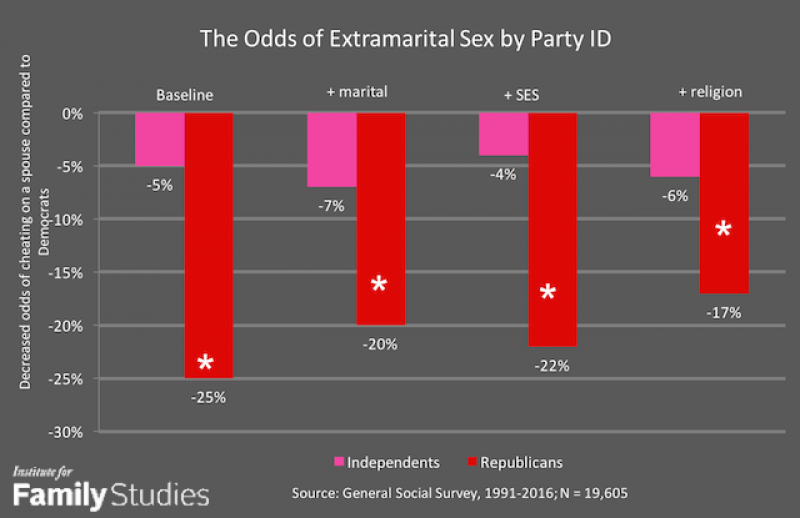 “Controlling only for survey year and basic demographic differences between respondents (age, sex, race/ethnicity), Republicans have 23% lower odds of cheating than do Democrats. The adultery gap between independents and Republicans is nearly as large,” Wolfinger said.