Federal prisoners and jail inmates are three to five times more likely to have serious psychological distress then normal citizens, according to a survey by the Bureau of Justice Statistics.

The report sheds light on the mental health of individuals behind bars at a time when incarceration rates have increased dramatically since the 1970s.

Sex proved to be a determining factor for inmates who showed signs of SPD. Females met the SPD standards at a higher rate (20 percent) than males (14 percent). Among jail inmates, depression rates were higher, but the sex difference remained the same: 32 percent for females, 26 for males. Two thirds of females in prisons (66 percent) and jails (68 percent) had previously been told they expressed symptoms of a mental disorder by professionals. Males had been diagnosed at 33 percent and 41 percent in prisons and jails, respectively. 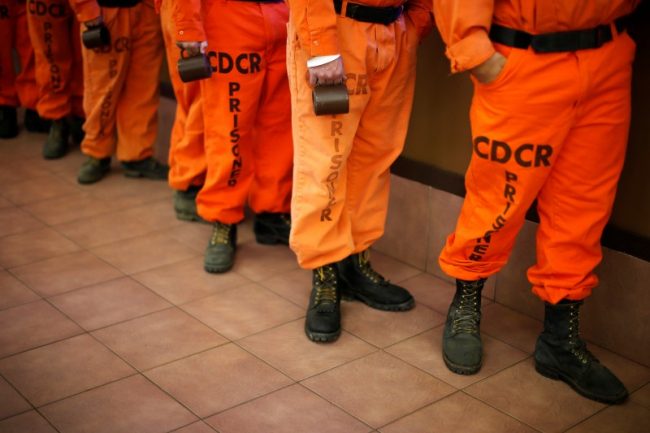 Thirty-seven percent of federal and state prisoners had been told in the past by a mental health expert that they had a mental disorder. Most individuals had a major depressive disorder (24 percent), then bipolar disorder (18 percent), followed by post-traumatic stress disorder or personality disorder (13 percent), and finally schizophrenia or another psychotic disorder (9 percent).

Forty-four percent of jail inmates had been diagnosed with a SPD condition by a mental health professional. About a third had been told they possess a major depressive disorder, and a quarter bipolar disorder. Prisoners who met the threshold for SPD were 4 percent more likely to be written up for behavioral violations by a prison official than those without histories of mental health issues.

Among the population who meet the criteria for SPD, 54 percent of federal prisoners and 35 percent of jail inmates have received some form of mental heath treatment while incarcerated. About three-quarters of prisoners and jail inmates (74 and 73 percent) who reached the threshold for SPD stated that they had been previously treated for a mental disorder in their lifetime. The treatments listed by BJS were: prescription medication, counseling, therapy, or a combination of one or more of these methods.

The Bureau of Justice Statistics, part of the U.S. Department of Justice, used information from its 2011-2012 National Inmate Survey, and the National Survey on Drug Use and Health. The survey accounted for the variables sex, age, race and Hispanic origin, controlling them to match actual U.S. incarcerated individuals’ demographics.