My dreams — good or bad — are vivid. Late in 2015 I had to undergo open heart surgery. Still under the effects of anesthesia a night or two after the successful surgery I dreamed I was shooting a Colt SAA revolver. Not just any Colt. Specifically it was with a 4 ¾” barrel and fully nickel-plated. That dream was powerful enough I mentioned it to my wife Yvonne shortly thereafter.

While in the early stages of healing I did contact a friend to whom I’d sold a nickeled 4 3/4″ .45 about 20 years ago. It even had factory ivory stocks with Rampant Colt medallions. He did not want to sell it. Full recovery from the operation seemed to take forever and in fact I didn’t fire a single round from any sort of firearm for almost six months.

By the time I did feel like shooting, the Black Powder Cartridge Rifle Silhouette competition season was upon us. So our warm months were filled with casting, handloading and traveling to state, regional and national championships. I placed well at several after about a five-year slump. I attribute this to my improved heart function! With so much going on I put my nickel-plated Colt fantasy on the back burner.

For most of his shooting career Duke has eschewed ostentation. Now hes eeks it, as evidenced by this shiny Colt .38 Super and its El Paso Saddlery carved holster.

After all it wasn’t like I had never owned a nickel-plated Colt SAA with 4 3/4″ barrel before. My first was a 2nd Generation .38 Special bought in 1971. A 3rd Generation .44 Special came along in 1980. In 1983 I got dirt cheap a 2nd Generation .45 with ruined barrel because some tourist-town, street actor/gunfighter used black powder blanks in it. Cleaning it afterward evidently was not part of his act. That barrel was 5 1/2″ but — you guessed it — I replaced it with a 4 3/4″ one. Circa 1996 I bought the 3rd Generation ivory stocked .45 mentioned above. And lastly, in the late 1990’s I bought a .44 WCF 3rd Generation Colt for use in cowboy action competition.

Why did I sell or trade all those nickeled, 4 3/4 ” barreled Colt SAA’s? That is a good question. I think my personality has a tiny core of showmanship but it’s been hidden by a thick veneer shunning ostentation. In my youth I ordered my handmade saddle with plain leather, sans any decoration. Early on, the only holsters I would buy were also plain leather. Slowly as I grew older things began to change. From the famous S.D. Meyers holster maker in El Paso I ordered several holsters and belts with no ornamentation except my MLV initials. Nowadays I plaster them everywhere.

The core of my being yearned for fancy but my exterior said, “No. Go plain. Don’t be noticed.” That dream, after a life-threatening heart problem, was my core shouting out. “Go fancy. Life is short.”

As you may have noticed Colt SAA’s of any sort are not exactly lying around every dealer’s display cases. Ones with 4 3/4″ barrels are rare. Nickeled ones in that length are even more so. Nor are they inexpensive. Colt’s own website lists nickeled finish at $300 more than standard versions.

Come autumn when life slowed down, that nickeled Colt dream came back into my consciousness so I turned to Internet sites. However, there was one quandary — my dream had no mention of caliber. Personally, I don’t care for SAA’s in small bore sizes such as .32-20 or .357 Magnum. Their heft is just off. So my hunt was for .38-40’s and up.

And this is exactly what I located in a Texas gun shop. It was made circa 2004 or so because it has the removable cylinder bushing and it was new-in-the-box. As such its action was rougher than sandpaper so it was turned over to my friend Tom Sargis at Bozeman Trail Arms. Now it’s slick as the ice in my driveway. I wasn’t done, though. Spotted next was a .44-40 made about 2002. Located in Florida, it also was new-in-box. It is now waiting its turn for Tom’s attention.

Still, I was not satisfied. Even though I’m not the greatest .45 Colt fan, I did spot a used one fitting my criteria. It was over in Oregon. Perhaps if it had not had bison thigh bone grips I wouldn’t have bought it — but it did. So I did. A bonus discovered on arrival was it had previously been slicked up by someone who knew their craft. I’m also not a big .44 Special fan as certain some gun’riters but now my obsessed brain is pulling me toward nickeled ones with 4 3/4″ barrels.

There is a cliché saying, “Follow your dreams.” Pardon me while I do. 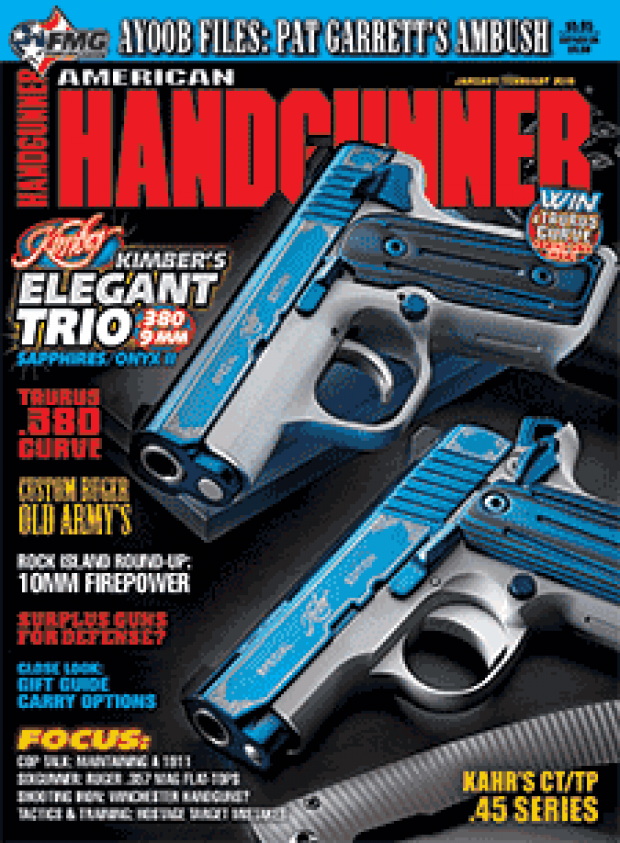