Melania Trump said she’s “very much” enjoying living at the White House during her appearance on Fox & Friends Friday.

Standing alongside President Donald Trump, the first lady opened up about their son Barron’s experience living in Washington, D.C. in her first interview since moving into the White House earlier this month. (RELATED: PHOTOS: Melania Trump Stuns At Congressional White House Picnic In Gorgeous White Dress)

“We are enjoying it very much,” Trump explained. “He [Barron] loves it, all settled. He loves it here.” (RELATED: PHOTOS: Melania Trump Caught Everyone’s Eye In This Outfit After Returning From Camp David)

Fox’s Ainsley Earhardt then asked if she was missing her home in New York and Trump explained why she wasn’t.

“Not really,” the first lady said. “I’m so busy, and we’re doing so many great stuff. So it’s really a special place. I love it here.”

Thursday night, the president and first lady hosted their first congressional picnic at the White House for members of Congress and their families.

The theme for the evening was “Picnic in the Park,” modeled after a summer evening in New York’s Central Park. 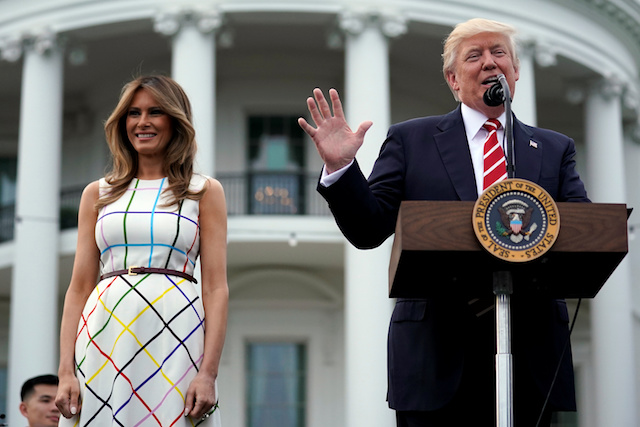