An armed Russian SU-27 buzzed the U.S. RC-135 jet as it was flying in international airspace over the Baltic Sea. The Russian fighter was five feet away from the U.S. aircraft, Fox News reported. (RELATED: Report: Armed Russian Jet Buzzes US Spy Plane, Comes Within 5 Feet)

The Russian pilot’s head and helmet can clearly be seen in the photo released by the U.S. European Command. 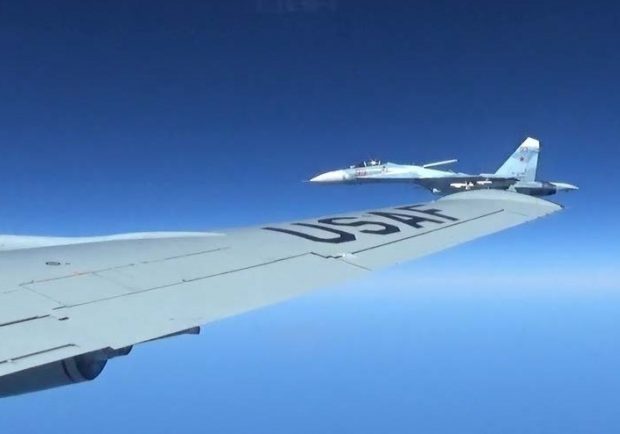 A Russian fighter jet seen over the wing of a U.S. RC-135 flying in international airspace over the Baltic. (Courtesy photo/Released)

Russian jets sometimes intercept American planes, but in this case, “due to the high rate of closure speed and poor control of the aircraft during the intercept, this interaction was determined to be unsafe,” the U.S. European Command said.

The U.S. has reported similar 35 interactions with Russian aircraft in the past month.

1
Fire At Florida Airport Destroys 3,500 Cars
US
2
Was The Stockpile Shortage Under Obama A Result Of The Tea Party? Not So Fast
Media
3
'Lost The Credibility': WHO Faces Mounting Backlash For Aiding China's Coronavirus Cover Up
World
4
REPORT: More Than 40,000 People Have Arrived In The US From China Since Trump Restricted Travel
World
5
California Providing Millions Of Dollars For Illegal Alien Business Owners
Politics