Donald and Melania Trump: A Love Story could easily be a top contender in the 2017 Golden Globe Awards race for Best Actress and Best Motion Picture.

Is it his luscious gold hair? His contagious smile? Maybe it’s his expertise on Twitter? Or could it be his estimated net value of $3.5 billion? It’s a mystery what made the Slovenia-born fashion model give up the life of glitz and glam to marry Donald Trump and pursue the job of a “full time mom.”

The couple’s marriage has been in the limelight lately, with people suggesting the relationship may be more of a business relationship than one of lust and love. Vanity Fair dissected their relationship, describing it as what sounds like a submissive partnership.

And US Weekly insists they have separate bedrooms.

Despite speculation that the two may be out of love with each other, their shared adoration for their 11-year-old son, Barron, is no secret.

I took a trip to the White House to hear for myself what people really think goes down behind those walls. 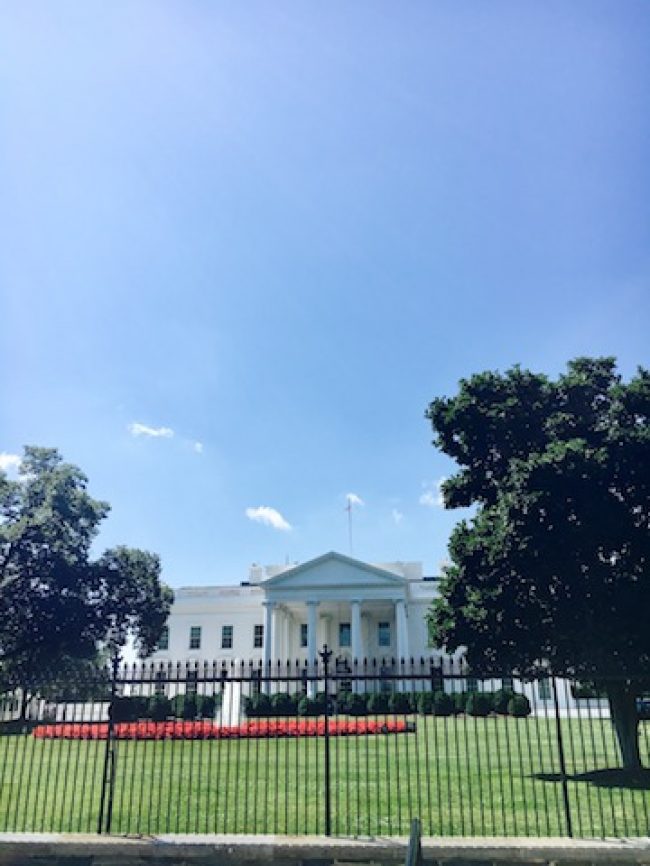 In what sounds like a 50 Shades of Grey type arrangement, minus the raunchiness — at least I hope — Mike from Chicago called their relationship one where the President “wants someone to declare his loyalty to him and give him power.”

“That’s all I can think of for why they’re together,” he added. “It’s that and the money. I mean he’s not attractive and he probably has a small thingy.”

Thank you, Mike, for not beating around the bush and suggesting the real reason people get married these days.

Daan, who is visiting from Germany, laughed as he rubbed his thumb against his middle and index finger. “If Donald Trump didn’t have so much money she wouldn’t be with him,” he said. “If it’s not the money then it’s the hair.” 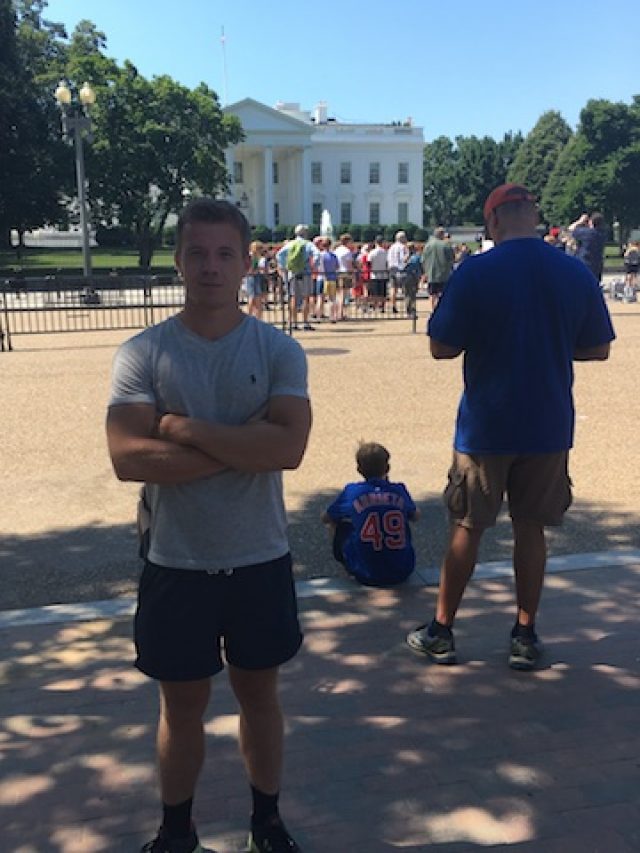 Nicki, a Tennessee native, literally laughed at the idea that Melania could be with Trump for any reason besides money. “It’s all a show. Of course it’s for the money.” Nicki guessed the two don’t even share the same bedroom… and I don’t think it’s because the President snores.

A family visiting from California agreed with Nicki that the President Trump and the First Lady’s relationship is about as intimate and authentic as ABC’s reality TV show, The Bachelorette.

“I think Melania delayed coming here as long as she could. They are nothing like the Obama’s who basically represented the ideal family,” Alex, the mom, said hugging her husband. “It’s especially obvious that they’re not in love because they came into the White House right after Barack and Michelle.”

When I asked Alex what about Trump could have stolen the model’s heart (besides the Benjamins), she shuffled around for an uncomfortably long time trying to come up with a response. “I just can’t think of one…like it’s really hard to think of something,” she said, admitting defeat. “He doesn’t even have a good smile.”

“Gold-digger,” Brianna, a young woman from San Diego, not-so-subtly said between coughs. “She doesn’t show any love toward him, but they’ll stay together. She just has to put on a face for the public and then enjoy the perks of endless money.”

So from what I gather, Trump’s 10 properties in NYC, six properties outside NYC, 17 golf courses, two brand businesses, two private planes and five houses, may have played a small role in Melania’s decision to marry him.

While the public can only speculate on the couple’s relationship, it sounds like America thinks their marriage is one big fat ploy to give Trump’s image a boost and Melania’s credit card a workout.