A Muslim woman who was attacked by a stranger in Milwaukee in April told police that she did not believe that she was targeted because of her religion, a statement which is at odds with how her story was portrayed in the media by local and national Muslim civil rights groups.

“In this attack of the Muslim woman, we know of no evidence that would indicate that this attack was anything but a hate crime,” Munjed Ahmad, a lawyer for the woman and board member of American Muslims for Palestine, claimed at a press conference held on April 14, four days after the 58-year-old woman was assaulted while walking home from prayer services at the Islamic Society of Milwaukee.

But police incident reports, obtained by TheDC through an open records request, paint a different picture.

The documents show that in the days after her April 10 attack, the woman told detectives that she “disagreed” with media reports claiming that she was the victim of a hate crime attack.

The woman, whose name is redacted in police reports, told investigators that she did not believe she was attacked because she is Muslim. Instead, she suspected that the assault had something to do with her estranged daughter, who had just divorced her husband and entered a relationship with another woman.

Despite those statements to police, Ahmad and groups like the Council on American-Islamic Relations (CAIR), the Milwaukee Muslim Women’s Coalition and the left-wing Jewish Voice for Peace, all called the incident a hate crime. Milwaukee government officials echoed the claim.

“I call for this to be investigated and prosecuted as a hate crime,” Milwaukee county supervisor Jason Haas said at the April 14 press conference organized by Ahmad, who is also a board member of the Islamic Society of Milwaukee.

“It concerns us tremendously because what we’re seeing again is specifically attacks and hate targeting Muslim women,” Janan Najeeb, the president of the Milwaukee Muslim Women’s Coalition, said at the event.

According to the incident reports, the woman told police that her attacker pulled up beside her in a car while she was walking home from a 6 a.m. prayer service at the Islamic Society of Milwaukee, the city’s largest mosque.

The woman, who suffers from epilepsy, said that the man called her over to his vehicle.

“I don’t know you,” she told the man. He responded as he approached: “but I know who you are.”

The woman said that the man, who was described as Hispanic and in his 20s, grabbed her and threw her to the ground and began to strike her in the head and body. Nothing was stolen during the attack, said the woman, who went to the hospital and was interviewed by police that day and several days after.

On April 12, a Milwaukee police detective visited the woman at her home. By that point, the attack had been reported in the news, and civil rights groups had started calling the incident a hate crime.

But during the police interview, the victim disputed the hate crime claims.

“They wanted to make it clear they did not contact the media, they were not the source categorizing this as a ‘hate crime’ and disagreed with the assessment,” reads the police incident report.

During a police interview the next day, the woman said again that she did not believe she was targeted because of her religion. She also said that her attacker did not try to take her hijab, as had been reported in the press.

“[Redacted] stated she does not feel she was attacked because she is Muslim. It should be noted that contrary to what was reported on the news, according to [redacted], the man who attacked her did not try to take her hijab,” the incident report reads.

The woman’s comments to police about her hijab do appear to conflict with statements she made in TV interviews on April 11 and April 12. In one, the woman suggested that her attacker did go for her hijab.

“I tried to fight him. Do not take my hijab, you know,” she told Milwaukee’s Fox6Now in an April 11 interview. 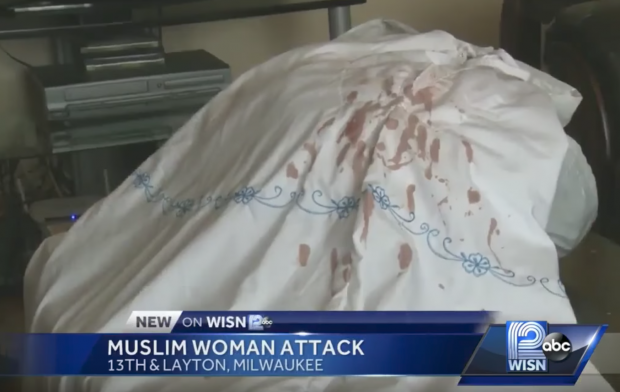 The attacker did not leave with the hijab, which ended up covered in blood from the assault.

In her April 13 police interview, the woman again said that she believed the assault was linked to her daughter.

“She stated she doesn’t approve of her daughter’s lifestyle and she is appalled by the fact that her daughter recently left her husband and she is now in a lesbian relationship with another woman,” the report reads.

“She feels that is why she was targeted.”

Reached for comment on Monday, Ahmad, the victim’s lawyer, disputed the information in the police reports. He said that the police department’s translator inaccurately translated his client’s remarks.

“When she was told about the discrepancies she was surprised and extremely unhappy,” Ahmad told TheDC of his client.

He claimed that the Milwaukee police department’s translator “decided to insert her opinion into the discussion rather than translate what the victim was saying.”

“That seems to be the reason for the discrepancy,” says Ahmad.

Asked about those claims, a spokesman for the Milwaukee police department said the agency is confident that the police reports and translations are accurate. The spokesman said the investigation is ongoing and a suspect is still being sought. 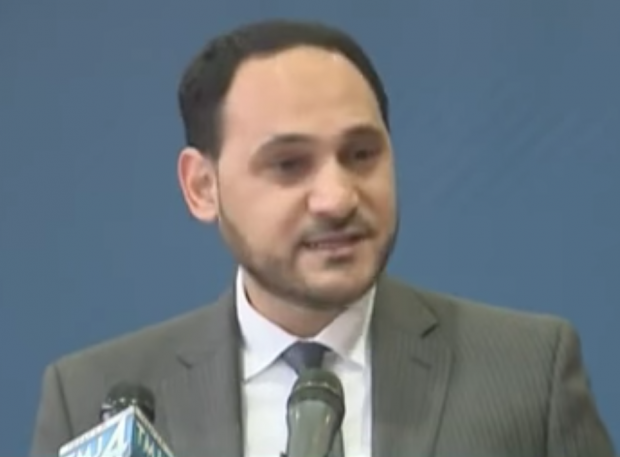 Ahmad has been in the news before. At a conference hosted by American Muslims for Palestine (AMP) in 2014, Ahmad, the group’s vice chairman, gave a talk in which he accused the U.S. government of labeling some pro-Palestinian relief organizations as terror groups at “the behest of the Israeli government, its lobby.”

In the talk, Ahmad offered advice on how to contribute to pro-Palestine groups without violating anti-terrorism finance laws.

According to the Anti-Defamation League, AMP was organized from the Islamic Association of Palestine, a group which served as the American propaganda arm of the terror group Hamas until it shut down in 2004.

Haas, the Milwaukee county supervisor who also called the April 10 incident a hate crime, did not respond to a request for comment.