President Trump’s oldest son, Donald Trump Jr. has steadily turned into an attack dog against the media for his father.

Like the president, Don Jr. uses Twitter as his preferred mode of attack when lobbing criticisms at hostile media outlets. He has been especially critical of CNN, which both he and President Trump have attacked as “fake news.”

The fact that Don Jr. isn’t an official part of the Trump White House allows him to stick to attacking the media without necessarily having to defend the administration the way White House press secretary Sean Spicer and principal deputy press secretary Sarah Huckabee Sanders are required to do on a daily basis. 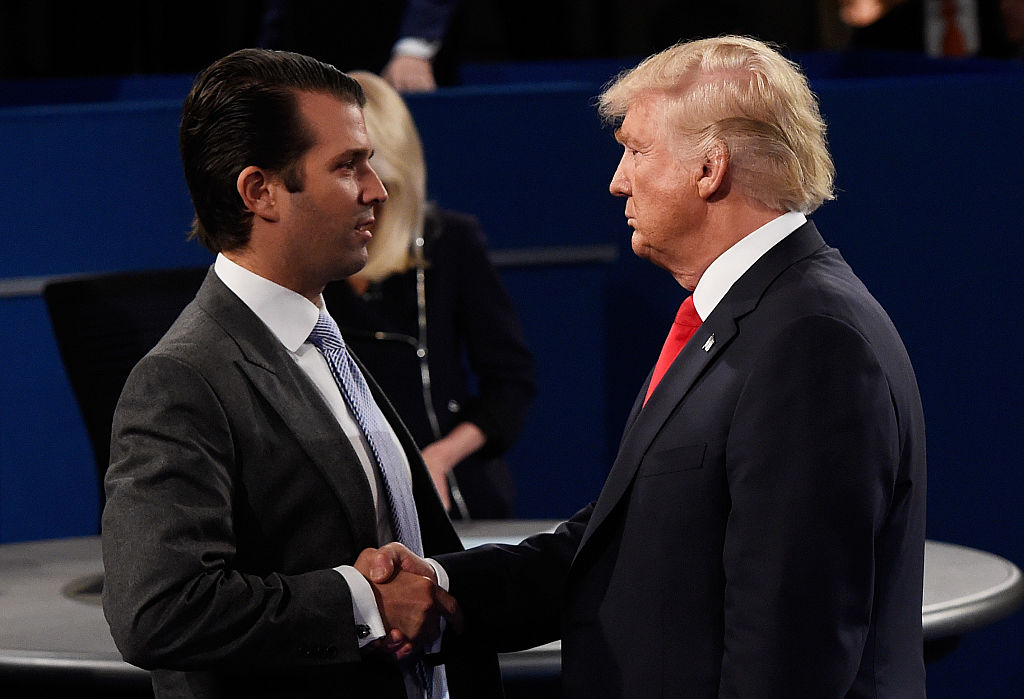 Donald Trump, Jr. (L) greets his father Republican presidential nominee Donald Trump during the town hall debate at Washington University on October 9, 2016 in St Louis, Missouri. This is the second of three presidential debates scheduled prior to the November 8th election. (Photo by Saul Loeb-Pool/Getty Images)

“Hey mainstream media, which one of you will actually report on this [CNN] story this morning?” he tweeted Tuesday morning. “Be balanced and fair!!!”

As with his father, CNN has become a favorite target of Don Jr.

He attacked the network after it published a story last week claiming a member of the Trump transition team, Anthony Scaramucci, was under Senate investigation. When challenged, CNN quietly deleted the story before later replacing it with an editor’s note.  (RELATED: CNN Retracts Story About Trump Adviser Being Under Investigation For Russia Ties)

Trump Jr. has goaded the network on both Twitter and in media interviews. He expressed his shock that “CNN has standards” after they retracted the Scaramucci article, which Jr. said was “defaming my friend.”

“Facing the biggest fake news scandal in the network’s history after an embarrassing retraction, nobody from the network is answering questions — even to their own reporters — and they have the audacity to demand on-camera press briefings from the White House to boost their ratings and make their personalities famous?” Jr. posed to Breitbart News on Monday. “Maybe Jeff Zucker should do an on-camera press briefing about CNN’s fake news scandal before the White House does any more of them.”

Later that day the network announced that three employees had resigned over the botched story, which relied upon a single, unnamed congressional source. Axios later featured Don Jr’s comments in an article titled, “Anatomy of a presidential attack on CNN.”

In addition to leading the attacks himself, Jr. leverages his massive Twitter following — 1.72 million people — to promote news articles critical of Trump opponents (including CNN), essentially acting as a Matt Drudge-like news aggregator.

“For those who haven’t seen this I urge you to watch,” he wrote Tuesday morning, including a link to the Project Veritas story.

Thanks in part to Jr.’s help, the video quickly went viral, creating another public relations headache for CNN.