“Wow, CNN had to retract big story on ‘Russia,’ with 3 employees forced to resign,” Trump tweeted. “What about all the other phony stories they do? FAKE NEWS!”

Trump followed this tweet up with a retweet of a graphic that spelled out “Fake News Network.” 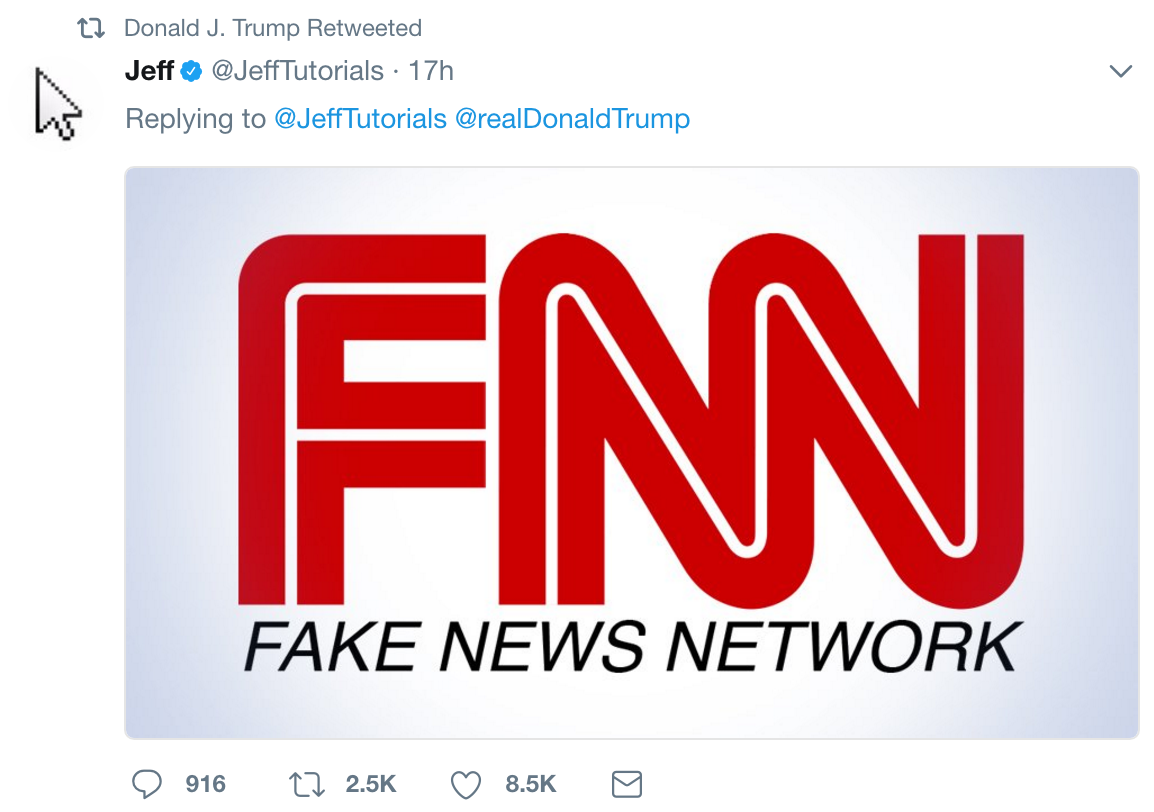 The president has had a combative relationship with CNN. He has called them “very fake news,” and the “enemy of the American people.”

The resignations at CNN Monday came after the outlet retracted a story that said Trump ally Anthony Scaramucci was being investigated for possibly discussing lifting sanctions during a meeting with a Russian banker.

The story depended on the statements of one anonymous congressional official, and CNN said Friday that it did not meet the outlet’s editorial standards. Reporter Thomas Frank and editors Eric Lichtblau and Lex Haris resigned. (RELATED: CNN Reporter Complains About Being Blackballed After Spending Press Briefing Interrupting Spicer)

CNN will now impose strict restrictions on online articles about Russia, according to a BuzzFeed report. Trump seemed to reference this report and tweeted Tuesday: “Fake News CNN is looking at big management changes now that they got caught falsely pushing their phony Russian stories. Ratings way down!”

The barrage of tweets continued and Trump turned his focus on other outlets. “So they caught Fake News CNN cold, but what about NBC, CBS & ABC? What about the failing [New York Times] & [Washington Post] ? They are all Fake News!” the president wrote.