The U.S. House of Representatives has vigorously and almost unanimously reaffirmed the vow that the members of the NATO will defend each other militarily.

The Republican-controlled House approved the NATO resolution by a vote of 423 to 4 on Monday just a few weeks after President Donald Trump expressed skepticism about America’s commitment to the 29-nation alliance.

The House resolution “solemnly reaffirms the commitment of the United States to the North Atlantic Treaty Organization’s principle of collective defense.” It “condemns any threat to the sovereignty, territorial integrity, freedom and democracy of any NATO ally.” (And it welcomes Montenegro as the newest member.)

The resolution describes NATO as “one of the most successful military alliances in history” and as “the foundation of United States foreign policy” in Europe. It also “strongly supports the decision at the NATO Wales Summit in 2014 that each alliance member would spend at least two percent of its nation’s gross domestic product on defense by 2024.”

The four members of the House who voted against the NATO resolution — all Republicans — are Andy Biggs of Arizona, John Duncan of Tennessee, Walter B. Jones Jr. of North Carolina and Thomas Massie of Kentucky.

In May, when President Trump visited the NATO headquarters, he did not discuss the guarantee of mutual defense. Instead, notes Radio Free Europe, Trump insisted that member nations increase their own military spending. 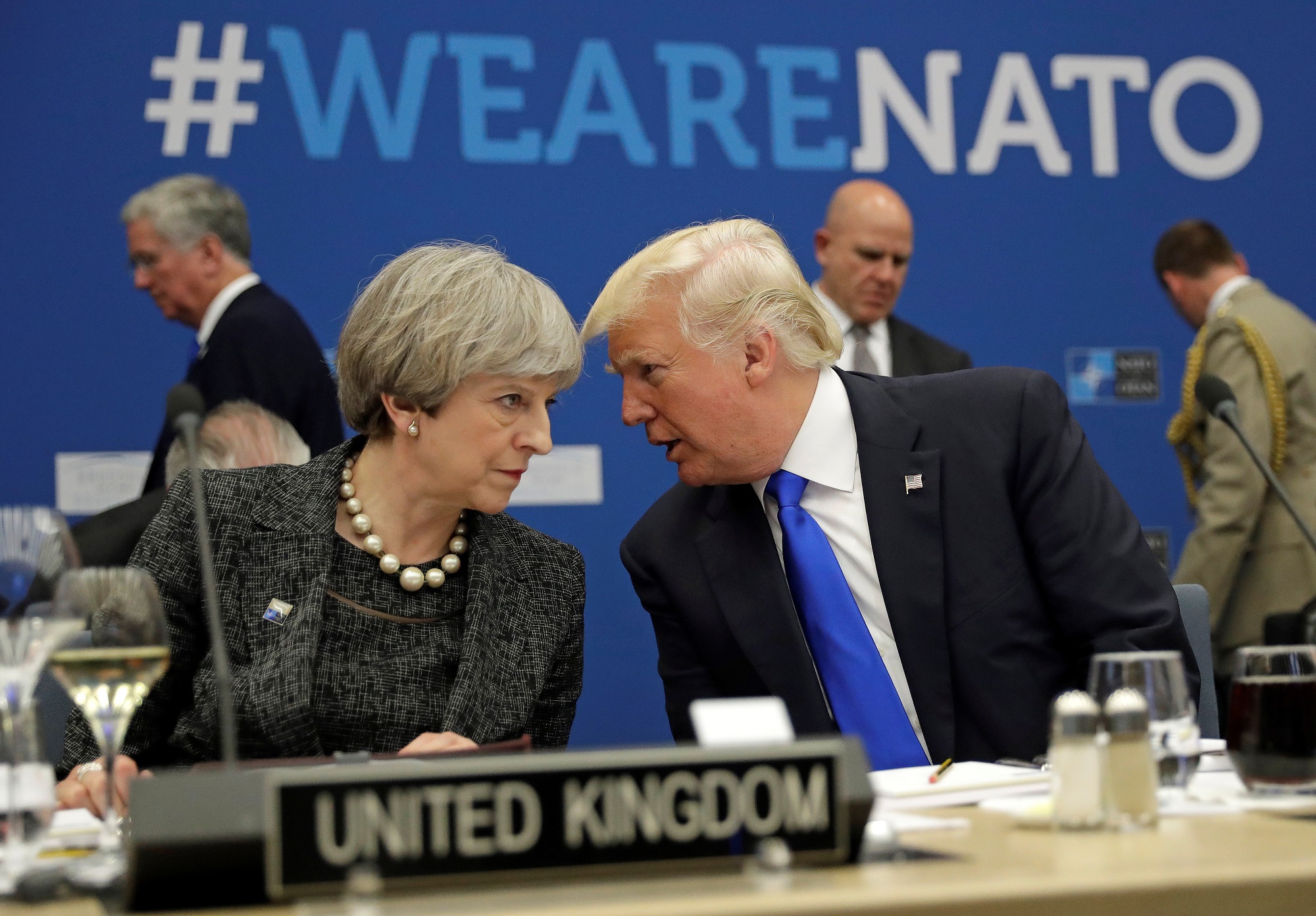 This week, NATO member countries pledged to spend 4.3 percent of their gross domestic products on defense for this year, according to The Washington Post.

House Speaker Paul Ryan, a co-sponsor of the bipartisan resolution, praised the congressional endorsement of the military alliance.

“NATO is absolutely essential to our national security and global stability,” Ryan said. “And today, lawmakers from both parties came together to reaffirm the principle of collective defense and urge our allies to meet their defense spending obligations. The United States must remain the world’s leading force for good, but we cannot confront the challenges of the 21st century alone.”

NATO was founded in 1949 as a mutual-defense pact among Western democracies.