Sen. Orrin Hatch trolled PETA’s Twitter account after they asked the public to present their best arguments for eating bacon.

Hatch first responded with an American flag emoji before snapping a bunch of pictures of him eating and shopping for various bacon products.

One user got angry with Hatch for his photos and, in a now deleted tweet, said they hope he chokes on his delicious bacon.

“There are worse ways to go,” Hatch shot back. 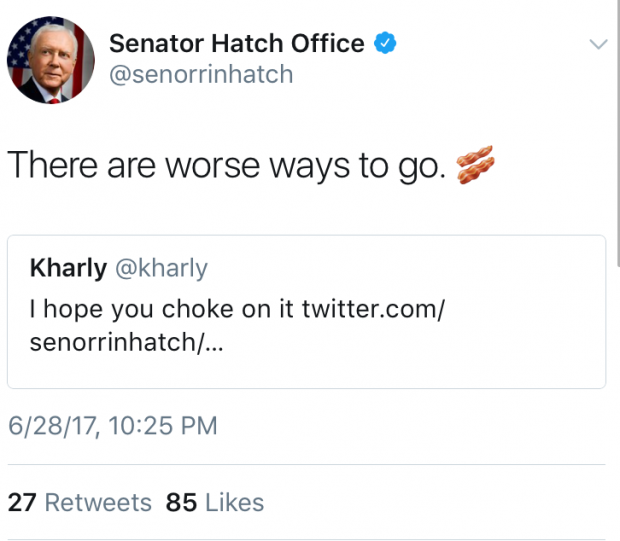 PETA was sorely mistaken if they actually thought they could convince people on Twitter not to eat bacon.

I think the worst argument for eating bacon is still better than the best argument not to eat bacon.