After 8 grueling months of urban skirmishes and guerrilla warfare, Iraqi troops have captured the historic 850-year old Grand al-Nuri mosque, a symbolic liberation of the city of Mosul from ISIS caliphate, Reuters reports.

The Islamic State’s caliphate was based out of the sacred mosque. Insurgents detonated al-Nuri’s iconic al-Hadba minaret just a week before U.S. backed Iraqi forces overran the city and reclaimed control from the terrorist group. ISIS’s black flag had flown atop the minaret since June of 2014.

Brigadier General Yahya Rasool celebrated, “Their fictitious state has fallen.” Mosul had served as ISIS’s de-facto capital in Iraq, and now only a handful of rebels remain dispersed in a few neighborhoods on the outskirts of the Old City.

Iraqi prime minister Haider al-Adabi’s office issued a statement containing, “instructions to bring the battle to its conclusion.” Although some ISIS forces continue to control small areas in the west and south of the city, victory in Mosul signifies an end to  ISIS rule in the Arab state. The group’s other stronghold in Raqqa, Syria, is currently under siege by a group U.S.-backed Kurdish forces.

Mosul’s liberators paid a substantial price for their victory. In addition to serious military casualties, thousands of civilians lost their lives in the conflict. Concurrently, 900,000 of Mosul’s citizens, or about half the city’s population, fled the war-torn metropolis to avoid being caught in the crossfire. Most of its infrastructure was ruined during the fighting. 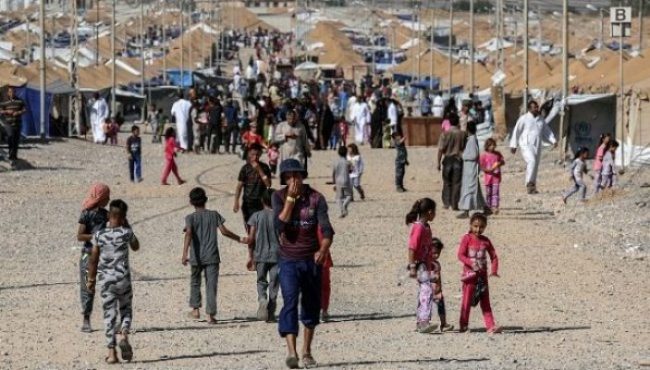 Nearly half of Mosul’s population has fled the city to escape the violence. Thousands more civilians perished in the eight month conflict. (MOHAMED EL-SHAHED/AFP/Getty Images)

Unfortunately, capturing the al-Nusri mosque will not completely end the conflict in Mosul. Remaining ISIS fighters are carefully camouflaged within the city’s civilian population. The terrorists employ mortar fire, snipers, booby traps, and suicide bombers to prolong their inevitable defeat. The Iraqi military estimates that around 350 militants still exist in the Old City, but it is nearly impossible to project an accurate metric in the middle of all the violence.

Nevertheless, victory in Mosul is a noteworthy win in the ongoing battle to extinguish the Islamic State. If the Kurds achieve a similar result in Raqqa, a quick end to the conflict may be in sight.