News of President Trump’s tweet in support of a brain-damaged baby sentenced to death by the United Kingdom was largely absent from the home page of establishment media sites early Monday.

Outlets including ABC, MSNBC, CNN, The New York Times and The Washington Post opted instead to feature continuing coverage of a day-old tweet from Trump Sunday morning that escalated his war with the media. These outlets, in particular CNN, have been providing wall to wall coverage of Trump’s recent tweets about the media, at the expense of other stories.

Trump’s Sunday tweet of a video of himself wrestling a person with a CNN logo edited onto his head in a WWE wrestling match was met with swift and determined outrage from members of the press, who labeled it bullying and a promotion of violence that endangers journalists. Many complained his tweets lack substance and steer the conversation away from serious issues.

The president did take a break from his feud to weigh in on the life of a baby named Charlie Gard Monday, but much of the media seems to have suddenly lost interest in the Twitter feed that has dominated the news for a week.

“If we can help little #CharlieGard, as per our friends in the U.K. and the Pope, we would be delighted to do so,” Trump tweeted, prompting a response on Twitter from the parents of the baby.

Gard has been sentenced to die by the government in the U.K., although his parents raised nearly $2 million to bring him to the states for a long-shot treatment. The court is refusing to allow them to take the baby out of the hospital, ruling it wouldn’t be in the baby’s best interest to have even a long-shot chance at a longer life.

Hours after Trump sent the tweet, the homepage of major outlets continued hyping the media war and the CNN tweet, while downplaying the breaking news of Trump’s comments about the baby.

“Trump tweets WWE video of himself body-slamming ‘CNN,'” read the story at the top of MSNBC’s site. That story was followed by another with the headline, “Trump’s battle with the media reaches new heights.” 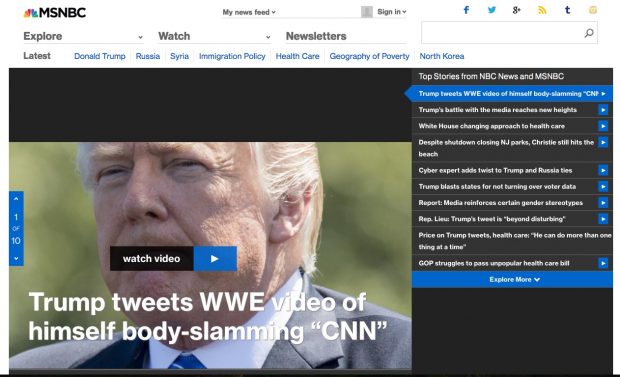 CNN likewise continued coverage of the body-slam tweet, featuring two stories on the home page in the politics column. One asked if Trump’s tweet would get him suspended were he in school, and another labeled the CNN tweet “juvenile.” The network that focused almost exclusively on Trump’s tweet about Mika Brezinsky last week for 13 hours straight was not running a single story on its homepage about Trump’s offer to help the baby as of early Monday afternoon. 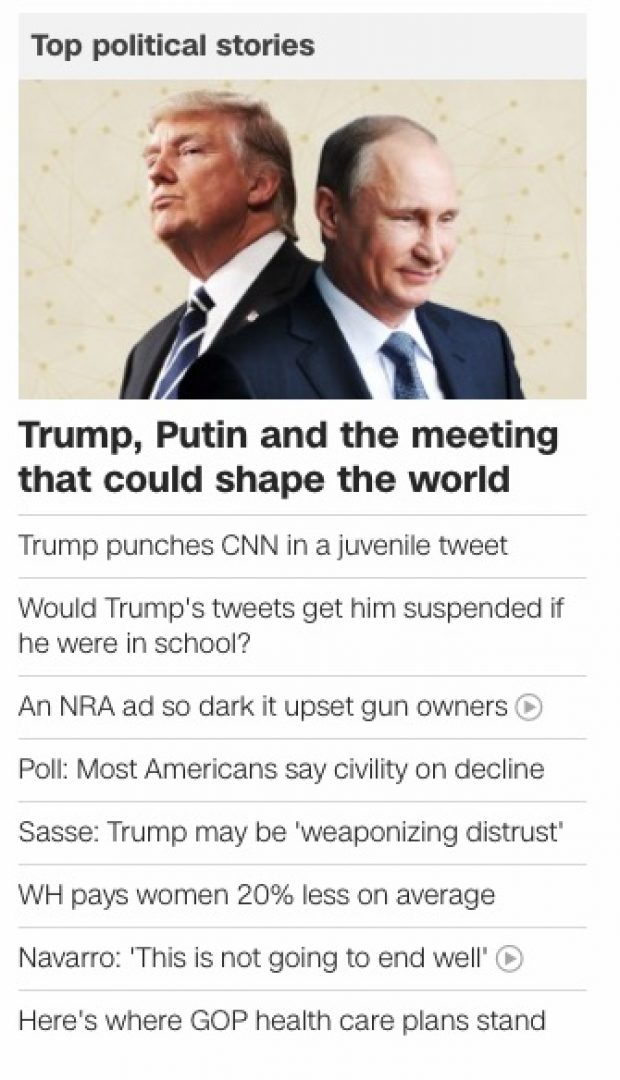 Neither site’s home page mentioned Trump’s tweet about the baby. ABC got a story up on the tweet early Monday afternoon, but continued to lead with a story on the old news of Trump’s CNN tweet with a dramatic headline, “Critics pounce …”

The New York Times continued featuring a story about Trump’s CNN tweet headlined, “Disbelief as Trump Posts a Video of Him ‘Wrestling’ CNN.” But no mention of the news about Gard on the paper of record’s home page. 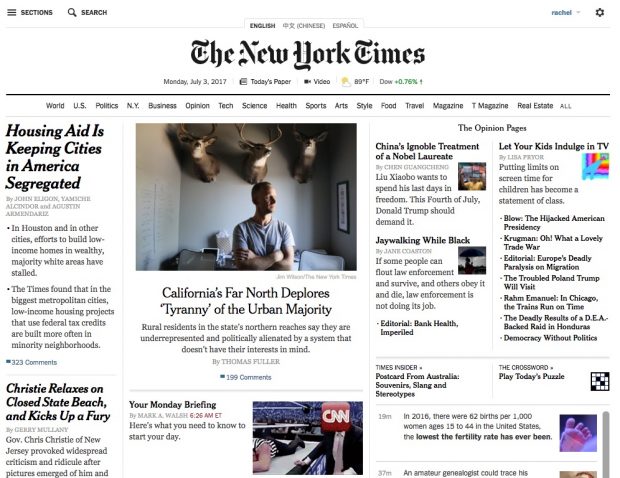 The Washington Post featured a video about Trump “ramping up attacks” on CNN, but initially chose to put a story about the breaking news of his offer of support for the baby at the bottom under a column of “more” top stories, before bumping it up slightly — hours after the news broke. 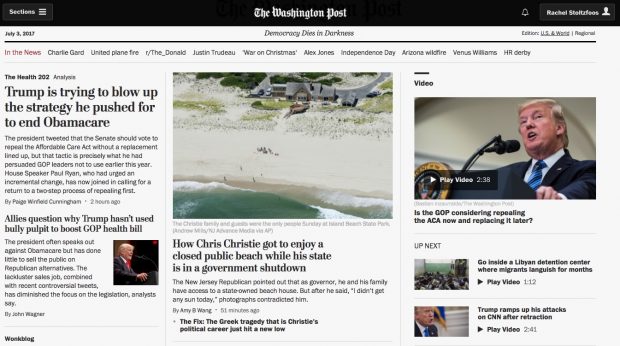 One journo who noted the sharp difference in the media’s response to Trump’s tweets quipped Monday: “Maybe Trump can hold up a sign and look sad, saying #BringBackOurCharlie to get media to pay attention to it?”