“We are part of the story whether we want to be or not, and that’s a fact we have to face. …You can’t sit back and say I’m not a part of it. He’s making us a part of it. …The American public is frustrated with us for not stepping up and holding him accountable for that moral failing. …I don’t want to be his parent. …You said don’t make it personal. He has made it personal.”

— Brian Karem, the Sentinel Newspapers executive editor, who shouted at Deputy White House Press Secretary Sarah Huckabee Sanders last week at a White House briefing because he’d had it with “fake news” allegations. He said this during an appearance on Meet the Press Daily with Chuck Todd on MSNBC Monday afternoon.

IJR‘s creative director wraps himself in a flag (because why not?) 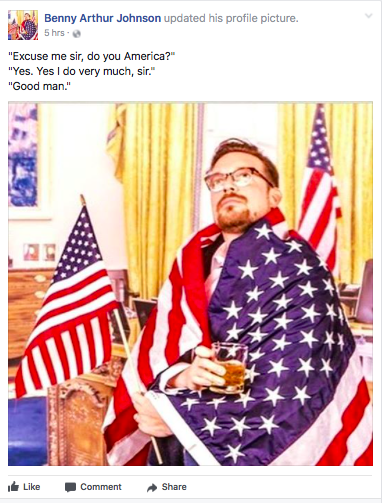 The Daily Caller is winning (something) 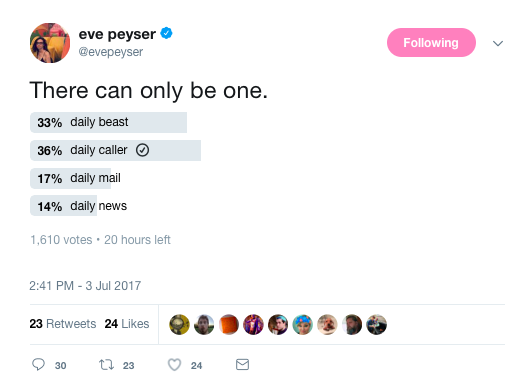 Joe Scarborough wants us to read something about character 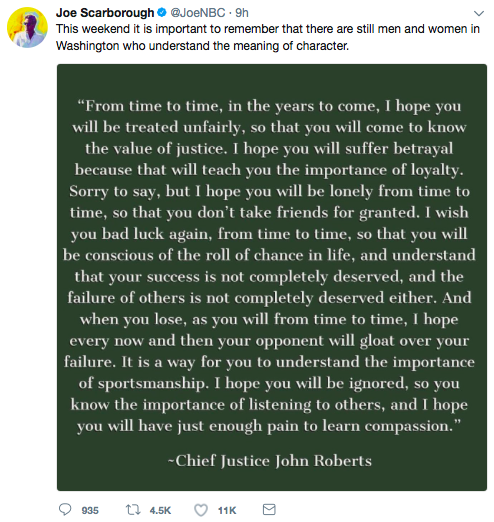 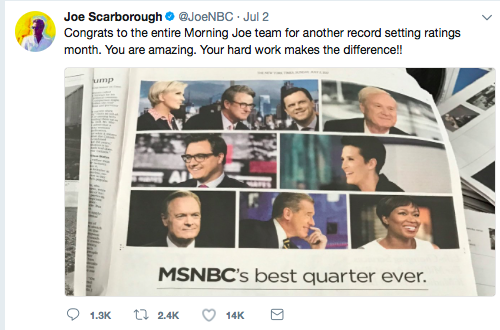 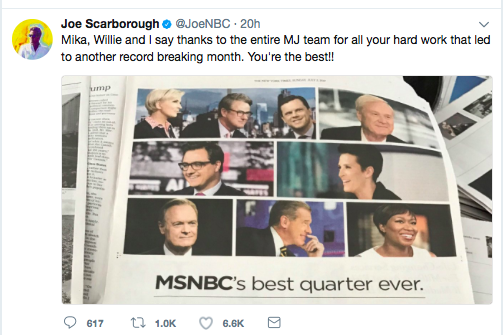 He said he’s been married 26 years. He doesn’t want to leave his wife alone in Utah. He said he spent nearly 1500 nights away from his family.

“Well, you work hard to get to this point…but it’s not necessarily everything I thought it would be. …I got kids and expenses and I make a handsome salary but it’s… When your attitude sours you gotta hang up the cleats.”

— Rep. Jason Chaffetz (R-Utah) during an appearance on MSNBC’s MTP Daily Monday. He recently resigned from Congress and is going to work for Fox News. “I love the work, but I love my family more.” 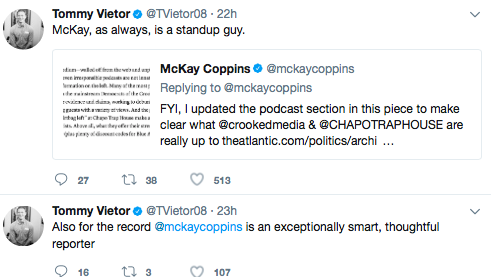 And then he blasts conservatives. 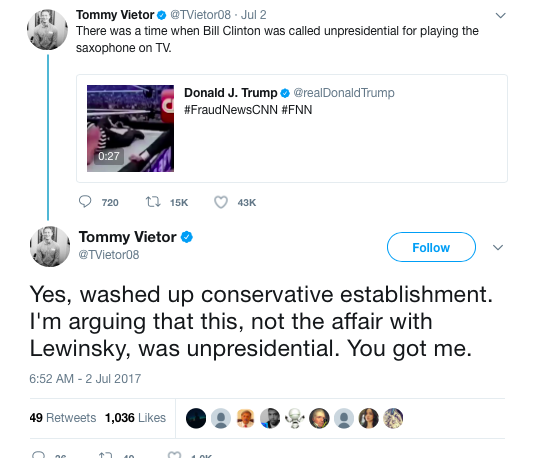 My coworker Derek Hunter had a thought on that…

The Mirror Hate Mail: Reader calls me the c-word

No week is complete without a female journalist being called this.

What are Mr. and Mrs. Scott Baio up to?

Mrs. Baio is nothing if not patriotic.

I had to have this! pic.twitter.com/PTUxMTmZCl

,@realDonaldTrump throws media a chew toy 2 keep’em occupied while he gets work done.It’s not hard 2 see this folks! pic.twitter.com/BAPjyYLZHf

She explains that the best snakes are ones that are six feet under: “Best kind are DEAD ones in my book. Or let them take up residence a few doors down please please!” By the way, BB — Bailey Baio — is her daughter.

For anyone who cares…the Baios became famous when 70s “Happy Days” heartthrob spoke at the National Republican Convention as one of the D-listers supporting Trump.

BB got up on a baby SNAKE this AM just outside, by patio. Its mama was VERY close by. We named them Pelosi & Chuck! pic.twitter.com/TgZAbAG3C6

By the way… Reuters had an important follow-up on Twitter: “UPDATE: North Charleston, South Carolina police say no active shooter or injuries in gunfire incident at mall.”

“Just not at Trump Grill it’s gross. You’d think with all the money @realDonaldTrump claims to have he could afford a decent restaurant?”

— Montel Williams, a giant fan of The Mirror.