“Here is a list of the 17 US intel agencies/offices that have said Russia meddled in our election,” Tur tweeted. 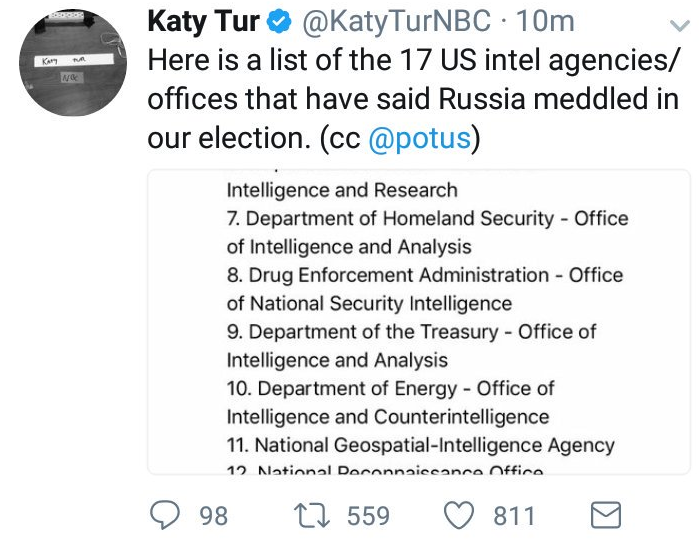 While an October intelligence report expressed high confidence that Russia meddled with the election to undermine Hillary Clinton’s campaign, that confidence only represents the views of the FBI, NSA and CIA — not the consensus of 17 intelligence agencies. The Daily Caller News Foundation found the claim totally false in an early June fact check.

The New York Times issued a correction to a June 25 story repeating the claim that 17 intelligence agencies, including the Coast Guard, have formed a consensus that Russia engaged in election interference.

The Associated Press posted what it referred to as a “clarification” June 30, in which it admitted that four stories carried the false claim that 17 intelligence agencies backed the assessment of Russian interference in the election.

Tur deleted the tweet within minutes, perhaps realizing that the claim had been thoroughly debunked numerous times.