American journalists were furious Thursday morning after President Trump criticized CNN in response to a question overseas in Poland.

“I think what CNN did is unfortunate for them. As you know they have some pretty serious problems. They have been fake news for a long time. They have been covering me in a very, very dishonest way. What CNN did – and what others did, NBC is equally as bad despite the fact that I made them a fortune with The Apprentice but they forgot that,” Trump said. “What I will say is that CNN has really taken it too seriously and I think they’ve hurt themselves very badly, very, very badly.”

Many in the media recoiled at Trump’s criticism of CNN, as well as Trump’s mild skepticism of American intelligence conclusions regarding Russia’s role in the election-related hacking, although the president did add, “I think it was Russia.”

“A trashing of the American press corps and Intel community in Eastern Europe of all places,” wrote MSNBC’s Chuck Todd, apparently disgusted with Trump’s answers. “Could Putin have asked for anything more?” 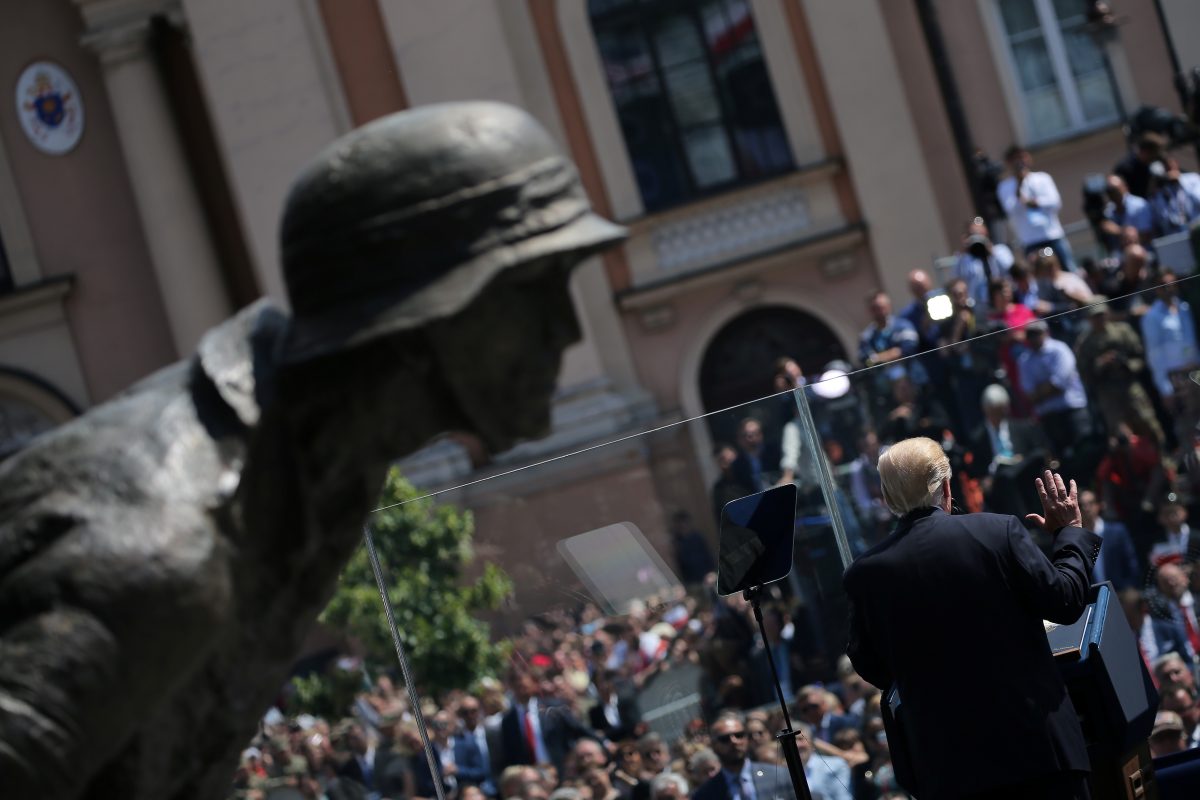 Acosta later accused Trump on-air of spreading ‘fake news’ by saying Obama did nothing to stop Putin’s hacking of political targets in the run-up to the 2016 election. (RELATED: Dem Senator Says Obama Choked On Russia)

If you’re just waking up, the president is on foreign soil attacking US intelligence patriots, the American free press & former presidents. pic.twitter.com/5AXyjwT7ag

“The President of the United States, representing the U.S. on foreign soil, attacks the American free press as ‘fake news,'” wrote NBC News editor Brad Jaffy, linking to a video of Trump’s comments.

“He’s overseas, ripping a free press and defending the country that interfered in our election,” complained Forbes contributor Mark Joyella. “Oh. And talking about how he won in November.”

“Trump attacking American media while overseas at the start of a global leaders conference is a new yet totally expected low,” wrote BuzzFeed’s Chris Geidner.

ABC News’ chief political analyst Matthew Dowd conceded that Trump gave a “good speech in Poland” but then added that the president “derails himself by questioning our own intelligence agencies, attacking Obama and free press.”

CNN editor-at-large Chris Cillizza, a staunch critic of the president, complained in a column about “Trump’s willingness to continue his ongoing war with the media while abroad — and not just abroad but in a country where freedom of the press has been considerably curtailed in recent years.”

“Past presidents traveling abroad might have deflected the question, acknowledging that the press didn’t always get it right but pivoting to a broader defense of the absolute necessity of a free and independent media,” Cillizza added. “Not Trump.”