A college student who graduated from former President Barack Obama’s fancypants preparatory school in Hawaii has been sentenced to 45 days in the slammer for bludgeoning at least 15 federally protected albatrosses, cutting the birds’ legs off and heaving their dead carcasses off a cliff into the sea.

The student is Christian Gutierrez, reports the Honolulu Star-Advertiser.

The grisly bird-killing incident occurred in 2015 when Gutierrez flew back to Hawaii from New York University for winter break. He and two prep school buddies were camping at Kaena Point Natural Area Reserve on the island of Oahu.

Prosecutors said the trio of pals killed the 15 or so Laysan albatrosses by thumping the birds with a machete and a bat, according to ABC News. They also shot the birds with a pellet gun. Then, they cut the legs off the albatrosses, tied their sad cadavers together and tossed them off a cliff into the Pacific Ocean.

The teens also smashed up a bunch of eggs as well as some 17 nests. 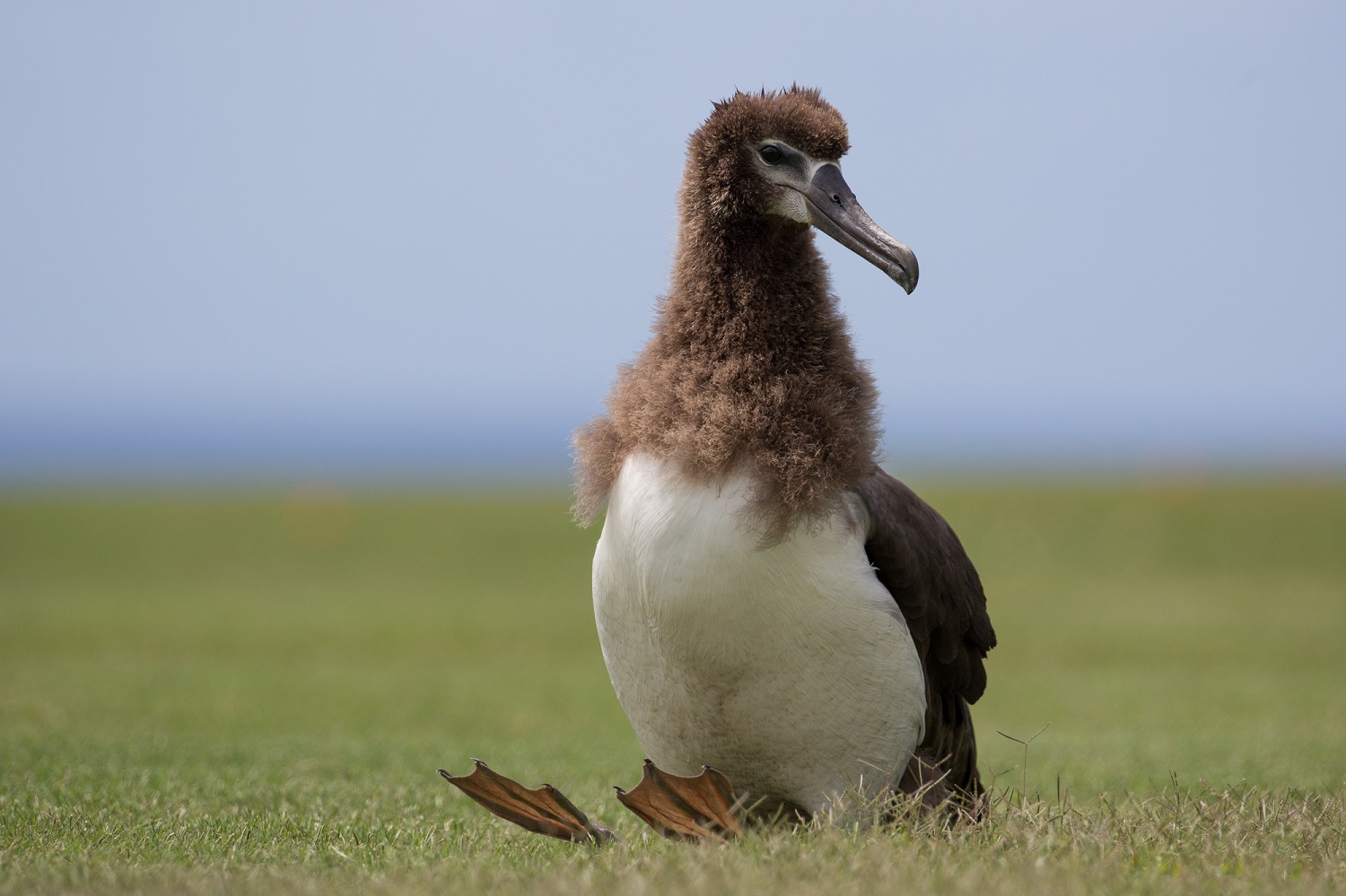 Gutierrez told a packed courtroom at his sentencing hearing that he was sorry for his sick actions and wished he had chosen differently.

“I am ashamed of myself,” Gutierrez said, according to the Star-Advertiser.

“I love you, mom. I love you, dad. I’m sorry,” the teen also said, according to Honolulu ABC affiliate KITV.

Prosecutors exhibited a stuffed albatross in the courtroom for dramatic effect.

Lindsay Young, executive director of Pacific Rim Conservation, told the court that her “life’s work and spirit shattered,” according to the Star-Advertiser.

“He turned my favorite place on Earth into a crime scene,” Young also said.

Prosecutors had cut a deal with Gutierrez in March, allowing him to plead no contest to counts of committing prohibited acts involving indigenous wildlife, misdemeanor animal cruelty and theft and petty misdemeanor criminal property damage.

A more serious charge of felony theft and animal cruelty was dropped because Gutierrez agreed to rat out his younger friends. The others were juveniles when the three friends decided it would be a good idea to bludgeon and maim a bunch of basically defenseless birds.

The cases of the two friends are confidential because the proceedings are in state family court.

Prosecutors and leaders of local environmental groups had asked the presiding judge, Jeannette Castagnetti, to sentence Gutierrez to a year in jail.

Deputy prosecutor Janice Futa argued that Gutierrez and his buddies demonstrated a degree of “savagery and lack of conscience” which “cannot be excused by their age, upbringing or peer pressure,” according to the Star-Advertiser.

Gutierrez’s attorney, Myles Breiner, said Gutierrez shouldn’t spend a single day behind bars because of his youth, because he is “a follower” and because a psychologist concluded that Gutierrez has “zero” chance of committing more crimes, according to the Honolulu newspaper.

Judge Castagnetti told Gutierrez his crimes “shock the conscience” and are “inexcusable.”

Nevertheless, the judge issued the lenient sentence of just 45 days in jail — as well as a year of probation, 200 hours of community service and a $1,000 fine.

“We’re disappointed that the court gave him any jail at all,” Breiner, Gutierrez’s attorney, told the Star-Advertiser after the hearing. “Hopefully when he gets out he’ll be able to resume his studies in New York.”

Back in the day, when Obama was a student at Punahou, he was allegedly an avid smoker of marijuana. The former president and his fellow potheads called themselves the ‘Choom Gang,” according to “Barack Obama: The Story” by David Maraniss. He and his fellow weed smokers drove around in a Volkswagen bus called the “Choomwagon.” Obama was reportedly famous for his interceptions. This is the act of joining a circle of people passing around a joint, taking a hit and yelling, “Intercepted!” (RELATED: Book Details Obama’s Weed Smoking Days)

1
Joy Reid Is MSNBC's New Primetime Host. Here Are 7 Times She Spread Left-Wing Conspiracy Theories And Misinformation
Politics
2
The Side Of Kayleigh McEnany The Media Won’t Tell You About
Politics
3
Millions In Coronavirus Relief Loans Went To Chinese Real Estate Company At Center Of FBI Bribery Probe
US
4
1 Day After Mocking 'Right-Wing' Media For Reporting On Crime, CNN's Cuomo Admits Homicides Are Rising — But Here's Where He Placed The Blame
Media
5
Here's What Johnny Depp's Lunch Allegedly Looked Like, According To Photos From Amber Heard
Entertainment