First Lady Melania Trump was unable to leave her Hamberg hotel to attend the G20 summit events on Friday due to the ongoing protests in the area, according to her spokeswoman.

“Hamburg police couldn’t provide clearance for us to leave,” Stephanie Grisham told reporters. “It’s unfortunate.” (SLIDESHOW: Kick Off The G20 With The Wives Of These World Leaders) 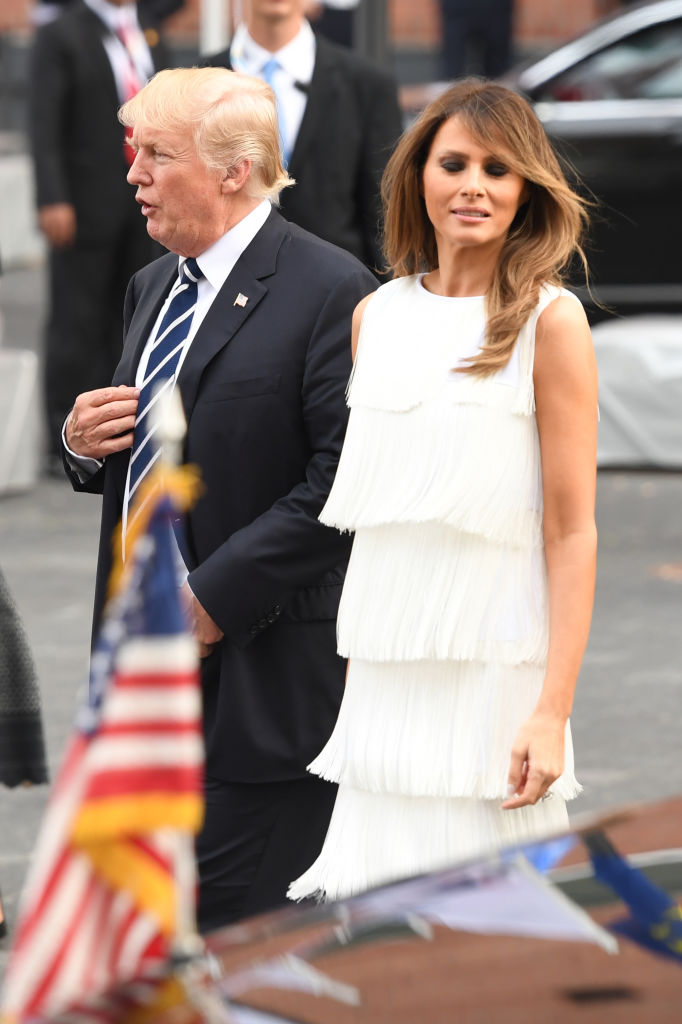 Protests broke out in the German host city as world leaders arrived ahead of the G20 leadership summit on Thursday. Police were forced to interrupt a “Welcome to Hell” march of an estimated 8,000 protestors on the streets of Hamburg in which they had to use water cannons to disperse protesters who were throwing bottles and smoke bombs.

The first lady tweeted about the violent protests early Friday morning that left 130 police officers injured the day before.

Thinking of those hurt in #Hamburg protests. Hope everyone stay safe! #G20

“Thinking of those hurt in #Hamburg protests. Hope everyone stay safe! #G20,” Mrs. Trump said in the tweet.

Melania was expected to accompany the spouses of other G20 leaders on a tour of a climate change center in Hamburg on Friday, according to CNN. The group was also scheduled to take a river cruise during the summit.