Refuse Fascism, an American militant group funded in part by George Soros, claims to have a “German contingent” at the massive G20 protests in Hamburg, Germany this week.

The G20 protests, dubbed “Welcome To Hell” by its organizers, have increasingly turned into violent riots that have injured hundreds of police officers. 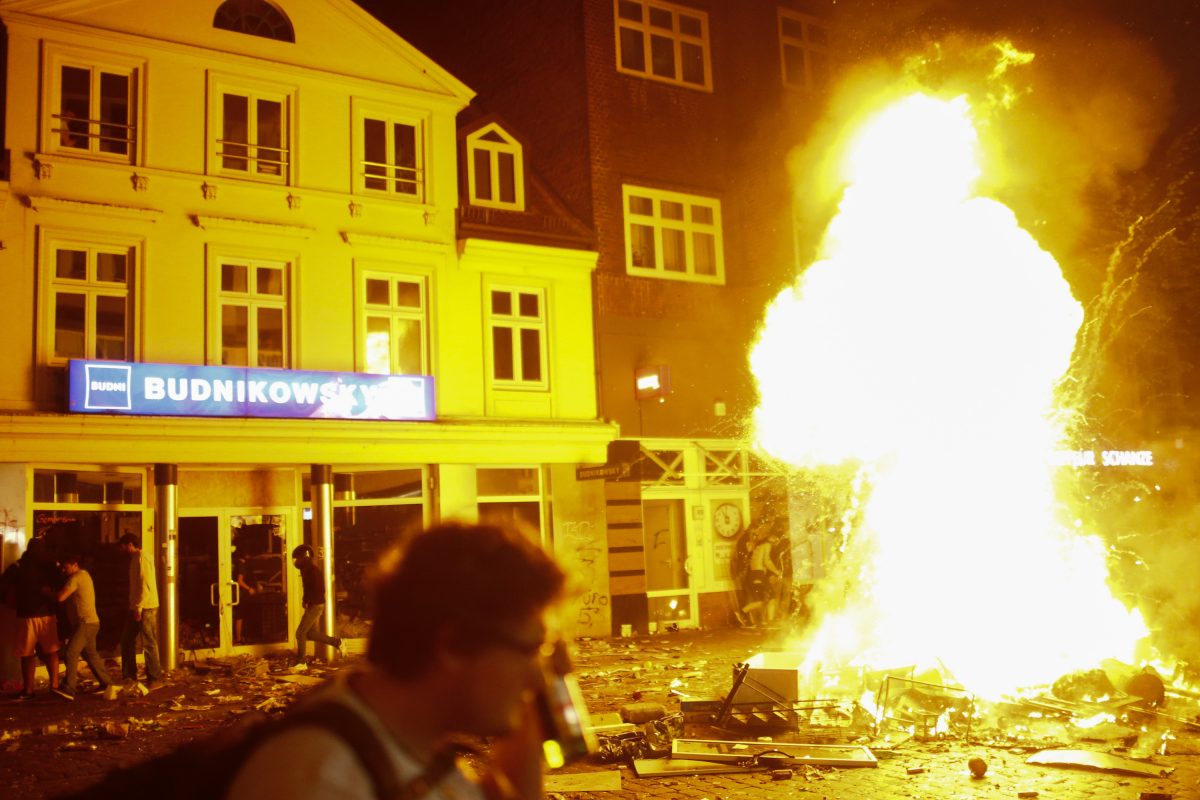 A fire burns in front of a shop during the protests at the G20 summit in Hamburg, Germany, July 7, 2017. REUTERS/Hannibal Hanschke

The group claimed on Facebook Thursday to have a presence “right now in Hamburg, Germany G20 Summit where Trump is speaking,” and pointed out one of its banners among the thousands of protesters.

The group made a similar claim on Twitter, celebrating the presence of “a German Refuse Fascism contingent” at the “massive protests.”

As previously reported by The Daily Caller’s Chuck Ross, one of Refuse Fascism’s fiscal sponsors is the Soros-funded Alliance for Global Justice.

Refuse Fascism is also one of the militant left-wing groups who organized the violent riots against Milo Yiannopoulos in Berkeley, California earlier this year.

The group is also planning nationwide demonstrations against President Trump to take place on July 15.

“July 15th must be a day when every person, every group – religious, community, service, political organization – all who feel the tremendous threat to humanity posed by the Trump/Pence regime – stand together showing the world that people here are determined that this regime must go … not in two years or four, but now,” a description for the July 15 protest states.

“July 15th must mark a leap to more sustained struggle, inspiring people to see the possibility of ousting this regime through unleashing the tremendous power of the people – aiming for the time when millions can be moved to fill the streets of cities and towns day after day and night after night, declaring this whole regime illegitimate – Demanding, and Not Stopping, Until The Trump/Pence Regime Is Driven from Power.”