Toby Keith’s daughter Krystal Keith and her family narrowly survived a “horrific” car accident after she said a drunk driver crashed into them on July 4th. 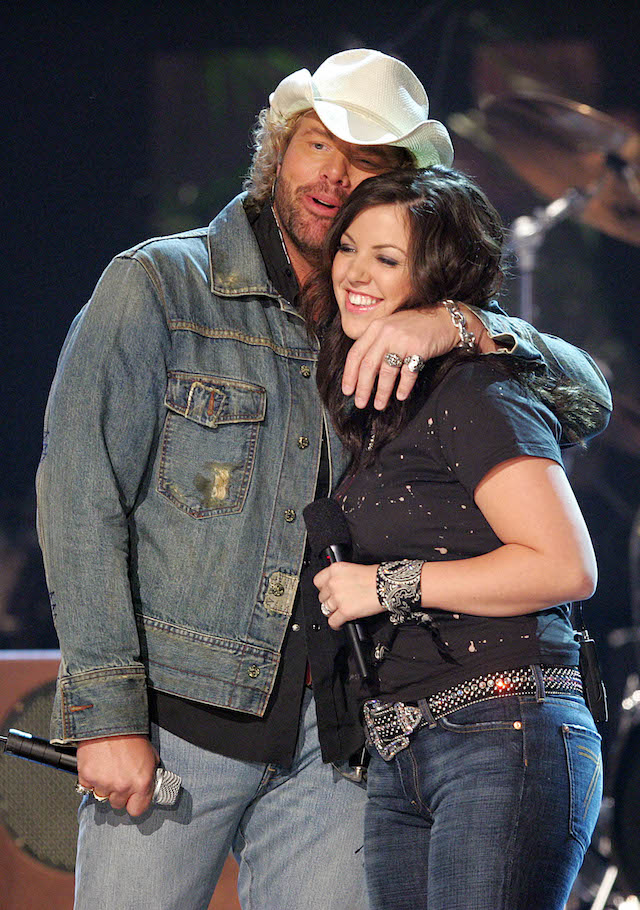 “Our 4th turned pretty horrific,” the 31-year-old country singer wrote in the caption next to the shocking picture she shared on Instagram Friday showing what’s left of her Mercedes-Benz SUV. In the shot, her child’s car seat can be spotted on the hood of the car. (RELATED: Toby Keith Said He Doesn’t Regret Performing At Donald Trump’s Inauguration)

“Hensley, Drew and I were on the way to watch fireworks on the 4th,” she added. “A drunk driver almost took the lives of my entire family. We all survived the wreck, but it’s gonna take some time to heal. Keep us in your prayers. Hug your babies and spouses tight. DON’T DRINK AND DRIVE.”

The “Daddy Dance With Me” singer has followed in her father’s footsteps and even took the stage with Keith at the 38th Annual Country Music Association Awards at the Grand Ole Opry House in Nashville, Tennessee in 2004. The two sang James Taylor and Carly Simmons’ 1974 hit “Mockingbird” when she was just 17 years old.