Kardashian did not appear in court, where his attorney Robert Shapiro appeared on his behalf.

According to TMZ, Kardashian is now prevented from making any personal comments about Blac Chyna and may not post photos or videos of her. He must also stay away from her. 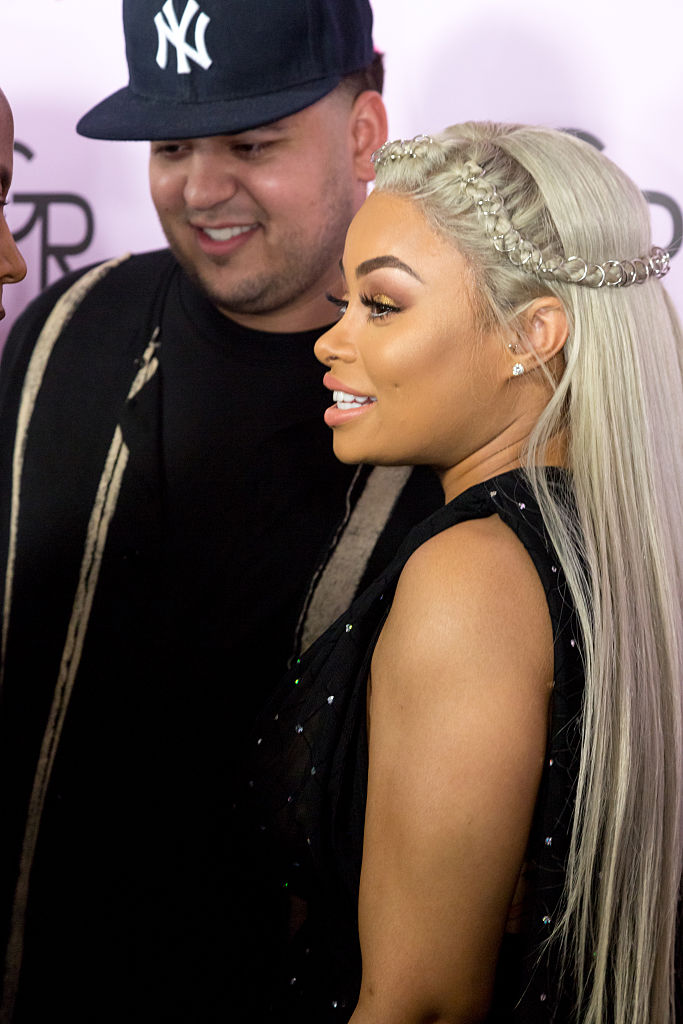 Rob Kardashian and Blac Chyna during happier times on May 10, 2016 in Hollywood, California. (Photo by Greg Doherty/Getty Images)

Meanwhile, allegations have been swirling about domestic violence going both ways. Rob claims that Blac Chyna tried to choke him and hit him with a metal rod and strangle him with a phone cord. She, in turn, claims that he has hit her and knocked her to the ground. Both claim to have video evidence to substantiate their claims.

TMZ reports that Kardashian has threatened to kill himself with his own gun and that she is concerned their recent argument “will lead to increased irrational behavior and that he might harm her in his anger.”

Blac Chyna told ABC’s “Good Morning America” that she was “devastated” by the publication of the images.

“I was devastated, of course,” she said in the interview. “I’m like, ‘How could somebody like post these pictures of me,’ and I’m like, ‘Wow, OK. This is a person that I trusted.’ I just felt betrayed.”