This week’s episode of ABC’s “The Bachelorette” opened with a ferry full of shouting and waving men sailing across the water to make an extravagant entrance for Rachel Lindsay in Geneva, Switzerland. Can we just take a second to contemplate what the locals must think of the camera crews and crazy American men trying to marry the same woman?

Rachel gathered the men to inform them that there would be no rose ceremony during this episode —  only three 1-on-1 dates, and one 3-on-one date. Yay or nay. The men would get a rose after each date — or not.

Rachel kicked off the first one-on-one with Bryan (no surprise there). The point of the 1-on-1 is to get to know the guy better, yet Bryan seems to be getting every 1-on-1 date. Rachel must really like him. Maybe he’s her future husband? (I’m among the last holdouts who hasn’t looked up Reality Steve‘s disclosure of who she’s marrying.) 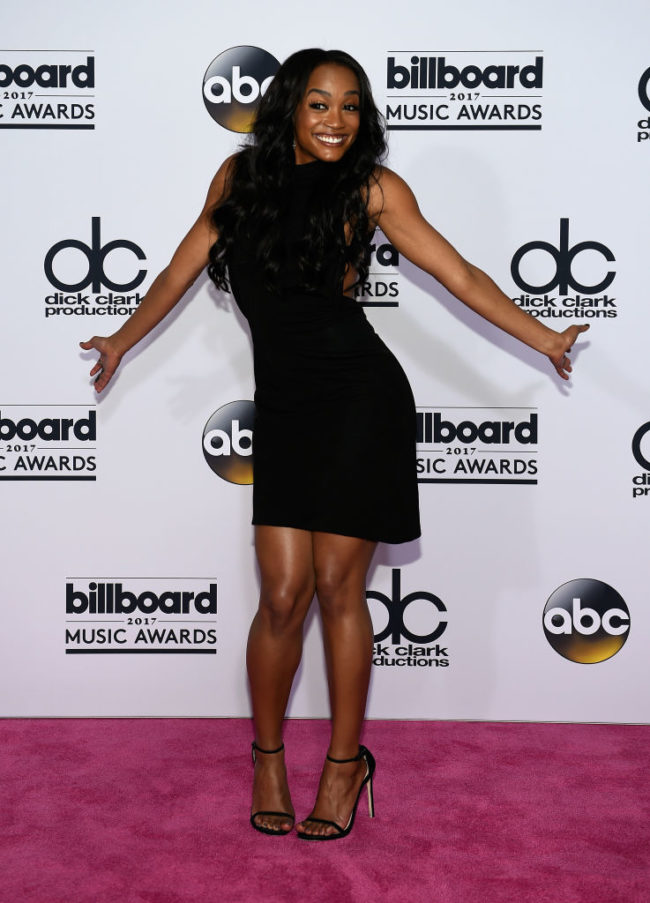 TV personality Rachel Lindsay poses in the press room during the 2017 Billboard Music Awards at T-Mobile Arena on May 21, 2017 in Las Vegas. (Photo by David Becker/Getty Images)

Their date started with Rachel presenting Bryan with a shiny Bentley to drive her around in. They went to a Breitling store and she bought them matching watches. Bryan acted like he was so surprised that she offered to buy him the expensive watch, but let’s be real here, he knew that watch was going to be free. Later on at dinner, Bryan revealed that his previous girlfriend didn’t get along with his mother, which is why he takes hometowns so seriously. Rachel continued to fall for him and offers him a rose. She’s officially meeting Bryan’s family next week.

Dean won the second 1-on-1 and Rachel, who decided the best place for a date with one of the men in her poly-amorous relationship is Catholic mass. As the date progressed, it was obvious Dean was nervous and Rachel was irritated with his awkward jokes. That night, Rachel confronted him about his weirdness, and he awkwardly laughed it off. Good going, Dean. He told her that he wished she could meet his family before his mother died. Poor Dean. Rachel seemed to offer him a sympathy rose.

Peter was granted the third 1-on-1 with Rachel. Interesting how she picked the three hottest guys for the 1-on-1s and gave no attention to Matt and Adam, who have had minimal TV coverage. 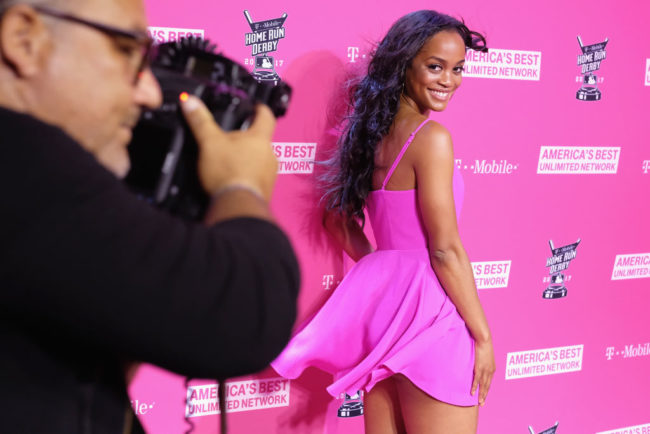 Rachel greeted Peter in a grassy field with a shiny helicopter ride to the Swiss Alps. The scenery might have been romantic, but making out with clashing headphones isn’t. They went dog sledding in the Alps with the cutest dogs (maybe even cuter than the men). The pair had a productive conversation in the snowy mountains, but I couldn’t help but be distracted by Peter’s hair freezing over and Rachel shivering.

At dinner, Peter told Rachel that if he made it to the end of the show and he didn’t feel true love for her, he wouldn’t propose to her. While that worried Rachel, she still handed him a rose.

Rachel’s date card for Eric, Matt and Adam was ominous — “Tomorrow it will be difficult… what else can I say?”

The date began on a grim note with lots of fake smiles, but Rachel surprised them with a boat ride to France. After a few (or many) drinks at their French chateaux, Adam made an awkward toast to Rachel finding a husband, even if it was none of them. Yikes. After being thoroughly weirded out, Rachel took Eric aside and he romanced her with a drunken, stuttering individual toast to her.

At that point, I understood why those three didn’t get the 1-on-1 dates.

Rachel cried throughout her individual conversation with Matt, not even listening to what he had to say. She was clearly planning the break-up conversation. With a tearful and meaningful goodbye, Rachel sent Matt home. While he was poised throughout the break-up, he brought his drink with him into the car, so that must’ve provided some relief for him.

That night, Adam confronted Rachel and asked her if she saw herself falling in love with him. She responded with, “Yes, Adam, that’s why you’re still on the show.” Duh. He told her all the reasons he was in love with her and that he was dying to introduce her to his family, yet Rachel was reserved.

Then, Eric dropped a bomb on Rachel — she’d be the first girl he’d ever bring home to his family, which freaked her out. He also told her about his rough childhood experience being surrounded by drugs and violence and how he overcame it.

But in the end, Rachel went with her gut and chose to give Eric a rose. While he kept it together in front of Rachel, Adam drove away saying, “she made a huge mistake.”

Tune in next Monday to find out!