Acting Immigration and Customs Enforcement Director Thomas Homan said he isn’t sure exactly how many illegal immigrants are in the U.S.

There could be more than 11 to 12 million in the country, he said. No matter how many there are, Homan said that President Donald Trump’s executive orders have put every illegal immigrant (except those covered by President Obama’s amnesty for illegal aliens who arrived as minors) up for deportation.

He recently spoke at a White House press briefing in which he said that no illegal immigrant should “be comfortable,” and he reiterated that message during Tuesday’s interview.

“One thing President Trump did with the executive orders is he took the handcuffs off of officers. Now they can enforce the laws enacted by Congress,” Homan told TheDC. “The executive orders could’ve been written in one sentence: ‘You are now allowed to enforce the law as written.’ There’s been a lot of people off the table. Now there’s no population off the table anymore.” 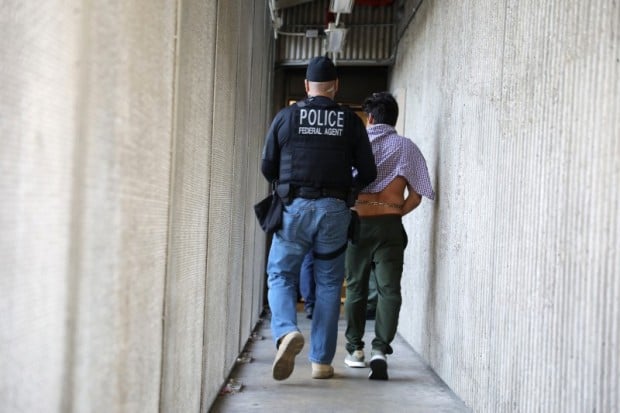 “Like everybody else, I see studies and reports, and 11-12 million is the steady number I’ve seen. Could it be higher? It probably could be,” Homan said Tuesday. When asked if the government should look more into what that figure actually is, Homan replied, “I think the more information we have, the better off we are. If there’s somebody that wants to look into that, then I support that.”

As a candidate, Trump said the government “has no idea” how many illegal immigrants are the country. “It could be 3 million. It could be 30 million,” Trump said.

The Trump administration has arrested at least 66,000 individuals known or suspected of being in the country illegally. Homan said in a 2016 event that the U.S. could potentially deport 400,000 illegal immigrants per year. He told TheDC that ICE officers could deport even more if the backlog in immigration courts could be addressed. 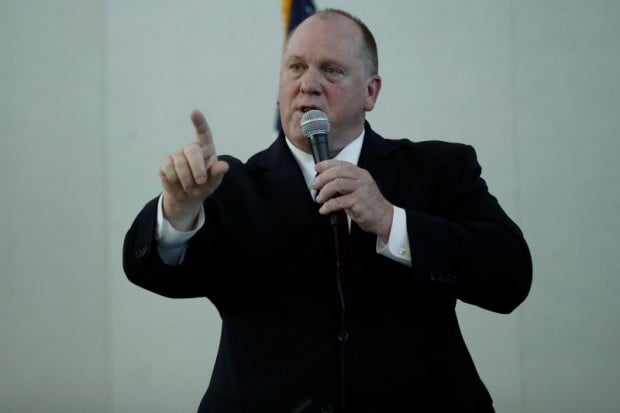 The Daily Caller reported in May about how some individuals won’t have their first hearing in immigration court until 2021. The average waiting time in immigration cases is 670 days. The Trump administration, specifically Attorney General Jeff Sessions, is supportive of hiring new immigration judges.

Homan also addressed the plummet in border apprehensions during the Trump administration. Border apprehensions, which is the most commonly used figure to determine border crossings, reached a 17-year low in April. “That is directly related to this President and his policies and executive orders,” the acting director said.

Homan has stepped into the role in January after serving as the executive associate director of ICE enforcement and removal operations. Breitbart recently attacked Homan in an article that said he was responsible for the release of thousands of criminal illegal immigrants, including sex offenders and murders, during his time in the Obama administration.

The acting ICE director told TheDC that this “couldn’t be farther from the truth.”

Homan told TheDC in a follow-up interview Wednesday that he isn’t “happy” with the release of 5,740 criminal aliens, and that he has his “hands tied” due to certain statutes and court decisions. He described this as “something I have to deal with and something I’m fighting against.” One of the ways the acting director is working to eliminate discretionary releases is by asking Congress to increase the amount of detention space to 51,000 beds from around 34,000 beds.

He said this would allow him to “hang on to as many people as I can.”

The Breitbart story knocking Homan also included a quote from Chris Crane, the head of the national ICE council, that said Homan is an “Obama holdover.”

“I’ve been doing this job for going on 34 years. I like to consider myself a Ronald Reagan holdover because I was hired under his administration,” Homan said in response.