“Morning Joe” couple Joe Scarborough and Mika Brzezinski took their relationship to the next level Tuesday night by appearing on CBS’s “Late Night With Stephen Colbert.”

It was an easy breezy interview.

Asked why Donald Trump Jr. tweeted out the “full email chain” of his meeting with a Russian lawyer that blasted Monday’s news cycle out of the water, Mika replied, “I have no freakin’ idea. What the what?”

Colbert didn’t raise the issue of the infamous National Enquirer article, which claimed they both cheated on their former spouses. He blew past the news of their recent engagement entirely. Instead, he dramatically asked where they were when they learned that President Trump had tweeted that when Joe and Mika visited Mar-a-Lago over New Years, she was bleeding badly from a facelift.

Questions typically asked in this vein include: Where were you on September 11, 2001 or where were you when JFK was assassinated?

(It’s a moment that can never be scrubbed from their souls. Mika was on set. Joe was in the office. Joe and Mika’s TV son Willie Geist seemed uncomfortable to show her what he was reading on his phone.)

Soon Joe announced that he was leaving the GOP and becoming an independent. Which is of course a big deal for “Morning Joe,” for MSNBC and for him. But whatever. 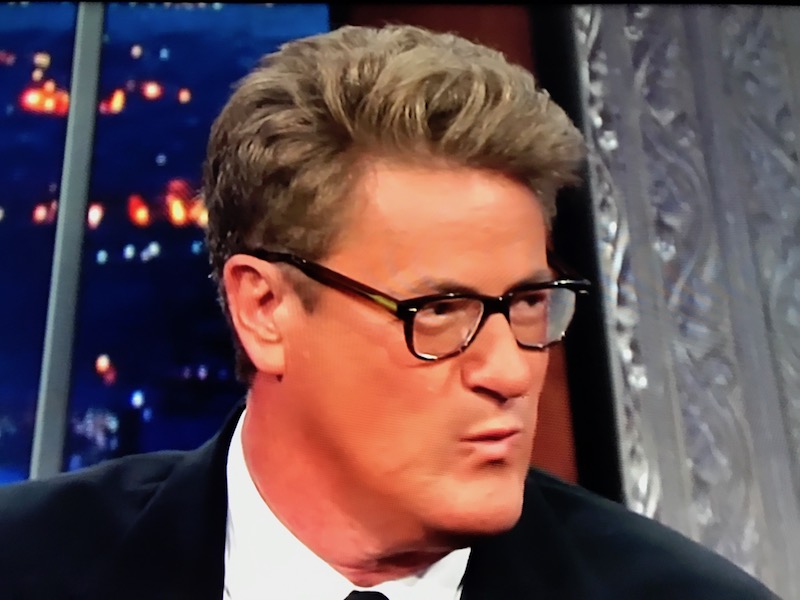 Because then Colbert delved into another sensitive area: What’s next for Joe?

“Are you running for public office?” Colbert asked, after listening to Joe go on and on about how he still believes in Republican ideals but that he can no longer be a part of this Republican Party.

“NO, I am not,” Joe answered forcefully without skipping a beat. “I’m hangin’ with Mika.”

Colbert press him, asking, “Are you sure?”

Mika interjected, “Why does it sound like that because I have to tell you, why are we not hearing from more Republicans?”

Colbert seemed a little confused with Mika’s bizarre question that had nothing to do with her fiancé leaving her side to run for office. “I don’t know why,” he said, bewildered.

Colbert wouldn’t be deterred. He looked at Mika and gave her a reality check: “I know that Joe is interested in changing careers,” he said.

This was all building up to Joe’s newfound career as a musician.

Colbert sort of treated Joe’s musical aspirations like a goof. “Why do you want to be a rock n’ roll star?” he asked, as if it’s an obviously crackpot idea.

Wait! Has music been what Joe has really wanted to do all his life?

Joe told him he has written songs since he was 14.

“Anybody that knows me that that actually is what I’ve always wanted to do,” he said. “That’s been my life. I’ve always had guitars in every room.”

The segment went to commercial as Joe and Mika clasped hands. 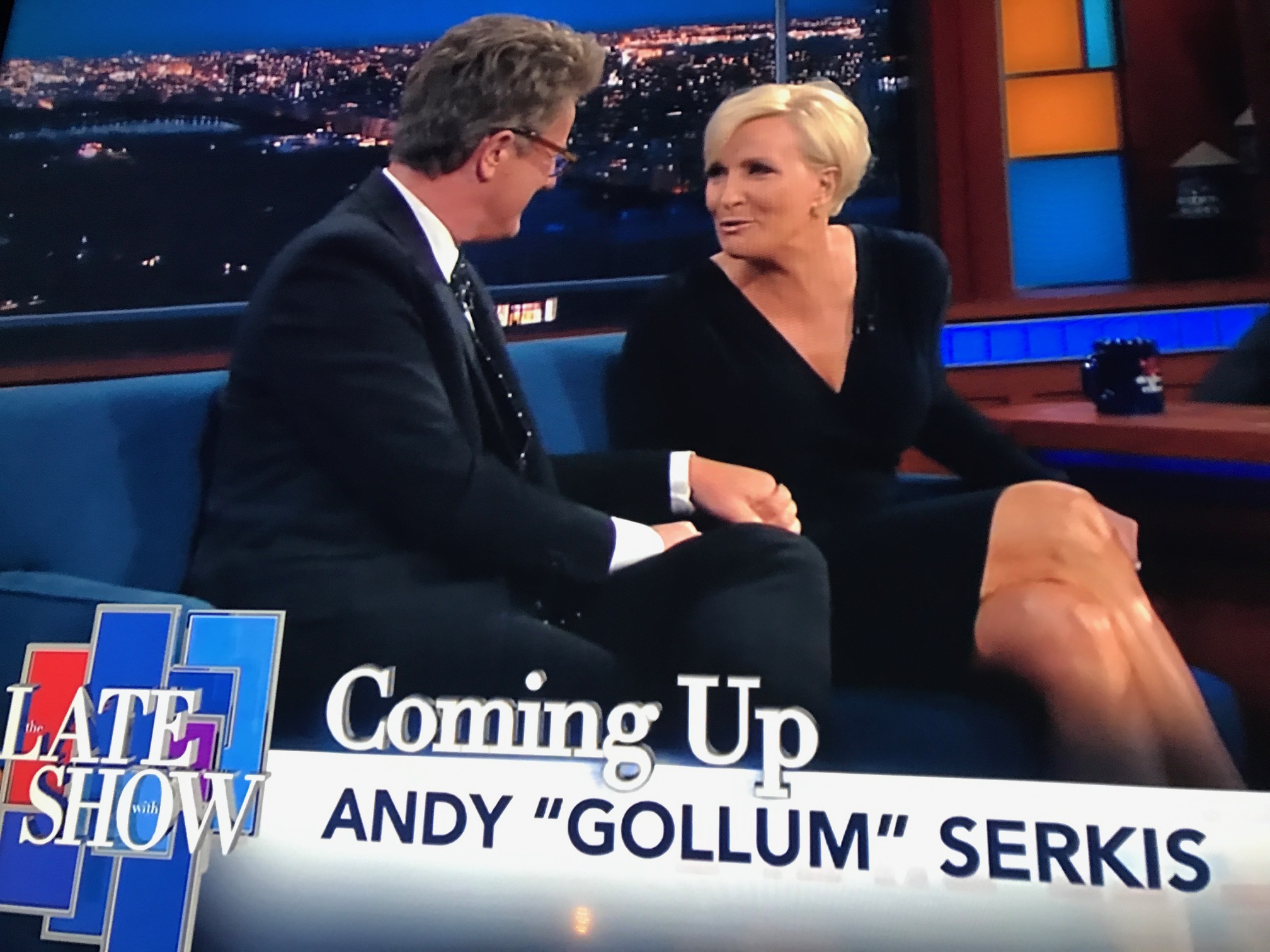