TLC’s Toby Willis of “Willis Family” pled guilty Tuesday to four counts of child rape and will serve at least 40 years behind bars.

The 47-year-old reality television star and father of 12 faces 25 years in prison for two of the counts and another 40 years for the other two charges, according to Fox News. 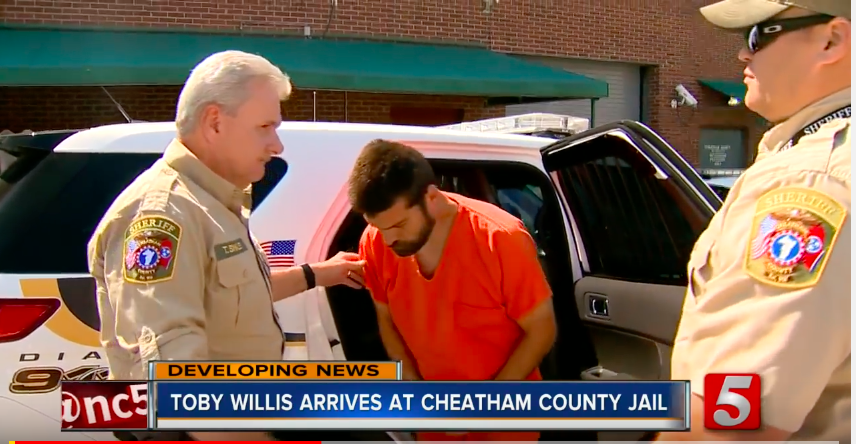 Willis originally plead not guilty and was arraigned in March. On Tuesday in Cheatham County, Tennessee, he changed his plea to guilty.

The reality star was arrested last September after the Tennessee Bureau of Investigations looked into claims of sexual abuse by the father with an underage girl in Nashville 12 years ago. The investigation started after a relative reported the alleged abuse. According to The Tennessean, the girl was between the ages of 9 and 12.

Willis was arrested in Greenville, Kentucky, after he reportedly fled his home in Ashland City, Tenn. to avoid law enforcement.

At the time of his arrest, his wife Brenda released a statement saying she was “shocked and devastated.”

“I was shocked and devastated by the revelation of events leading to Toby Willis’ arrest,” Willis explained. “As these are very trying times for the Willis family, I kindly ask all to respect our family’s privacy. As a mother of 12, my first priority remains with my children and helping them through this traumatic event.”

The “Willis Family” aired first in 2015 on TLC with the final show appering in April 2016.