“This is the kind of weather where I might impulsively shave my head.”

“If you argue people shouldn’t apologize for who they are, that extends to everyone, of every belief and perspective. #respect” — Billy Hallowell, senior editor, Faithwire News.

Anonymous quote to The Mirror: “So I can wear sleeveless dress to the Speaker’s Lobby now?”

Speaking of attire, check this out… 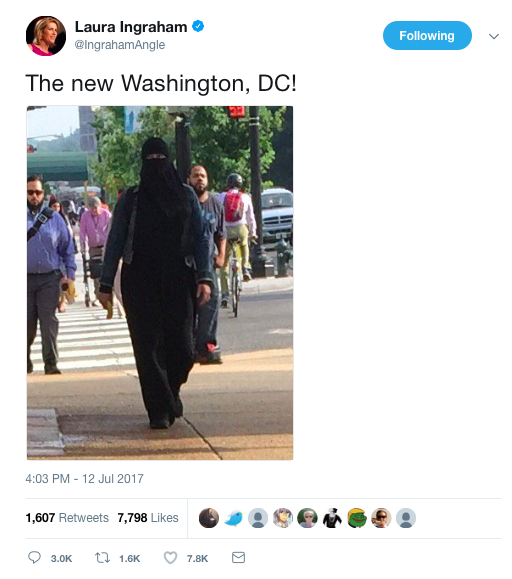 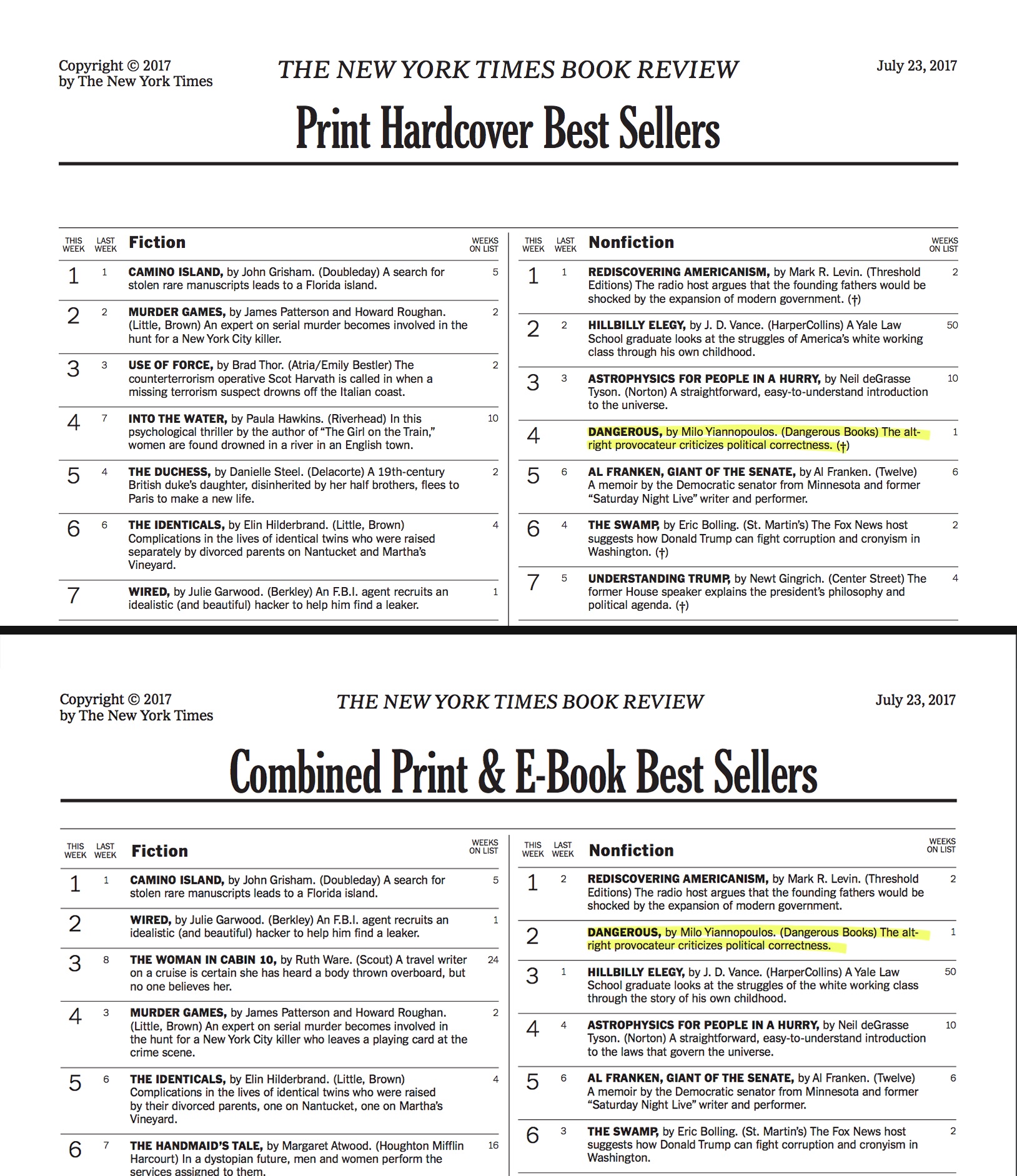 “Lol, Trump: ‘a lot of people don’t know that.’ = I just found that out.” — Tommy Christopher, liberal writer, editor, The Response.

“You don’t need to tell me you don’t like Trump. I assume you don’t. Unless you’re like wearing a hood or something.” — Ben Dreyfuss, senior editor, Mother Jones.

And this from NYT‘s Glenn Thrush and Maggie Haberman

“Trump appears to have selected a foreign journalist to ask one of the two questions allotted to US reporters.” — Thrush.

“Macron says next question should go to an American jounralist, as Trump makes the call. Trump doesn’t call on American journalist.” — Haberman.

How to make friends and influence people

Breitbart London Bureau’s EIC is based in Washington, D.C. 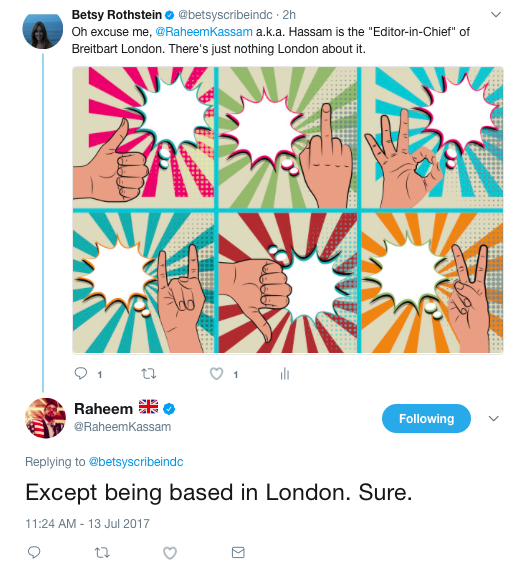 Ray Locker is an enterprise editor at USA TODAY. Jim Antle is the politics editor at the Washington Examiner. 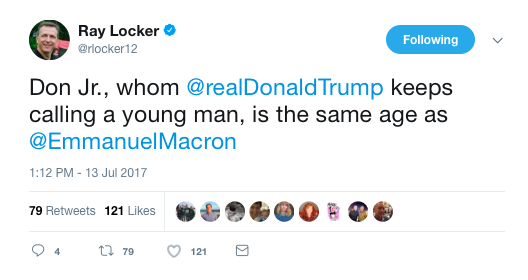 On the health care bill moving (or not) through Congress…

“One of my best GOP sources on Senate: “They do not have the votes on the motion to proceed” on the updated health care bill.” — David Drucker, Washington Examiner.

President Trump gives reporters what they want (sort of) 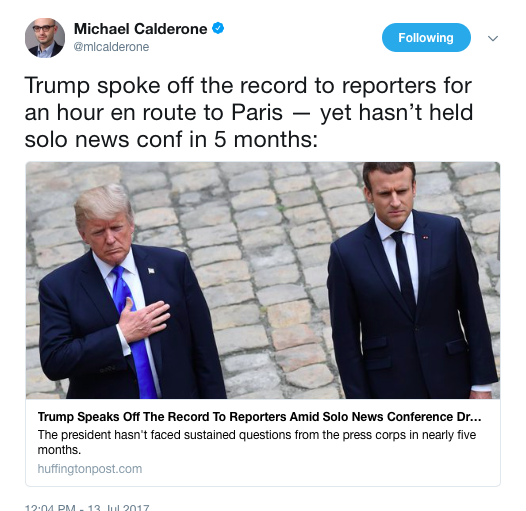 See Calderone’s story here. He adds, “Update: The White House will release some excerpts from the conversation, per Sarah Sanders.”