Billy Bush has not landed a new job with Fox Television.

The Daily Mail published a completely false story Thursday saying Bush has landed a new gig, but sources close to Bush tell The Mirror that Bush has never even heard of the show “Top 30.”

“Not one word in there is true,” a media insider told The Mirror. “Mind blowing. They never called him. It’s a total lie — every detail.”

The piece is by Karen Ruiz. She cites an “industry insider.”

The story insists that Fox TV has nabbed him for a new magazine show set to debut in September.

She wrote that his supposedly new program will tell “30 stories in 30 minutes.”

The outlet called the story “EXCLUSIVE.”

Which is true if you consider that it’s EXCLUSIVELY WRONG.

Bush’s career at NBC’s “TODAY Show” came crashing to a standstill nine months ago after a 2005 behind-the-scenes video surfaced from his Access Hollywood days. In it, Donald Trump said he could “grab ’em [women] by the pussy.” Bush laughed and egged him on to make dirty remarks about women.

NBC fired Bush after the video was leaked.

In May, Bush attempted to revamp his image with a story in The Hollywood Reporter.

He admitted he’d taken time to reflect on his mistakes and revealed how embarrassed he was about what had happened on that fateful Access Hollywood bus with Trump.

He also revealed that he’d taken up yoga, walked over hot coals and went to an aggressively introspective retreat in Napa Valley, Calif. 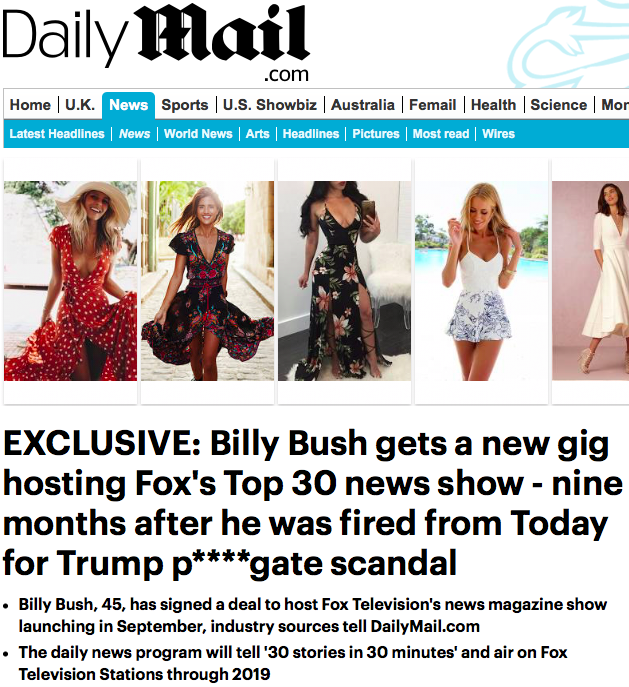 UPDATE: Now the Daily Fail, er, Daily Mail, is reporting that Bush is “in meetings” with Fox TV for a show, just not the show they reported he was going to host a few hours ago.

The Daily Mail has now rewritten the headline and much of the copy without a correction or explanation that they had changed any of the copy.

The truth: Bush is in talks for a show, just not about any program called “Top 30,” which Daily Mail erroneously reported earlier Thursday. The pub’s story falsely reported that that Bush was going to host the show in the fall. 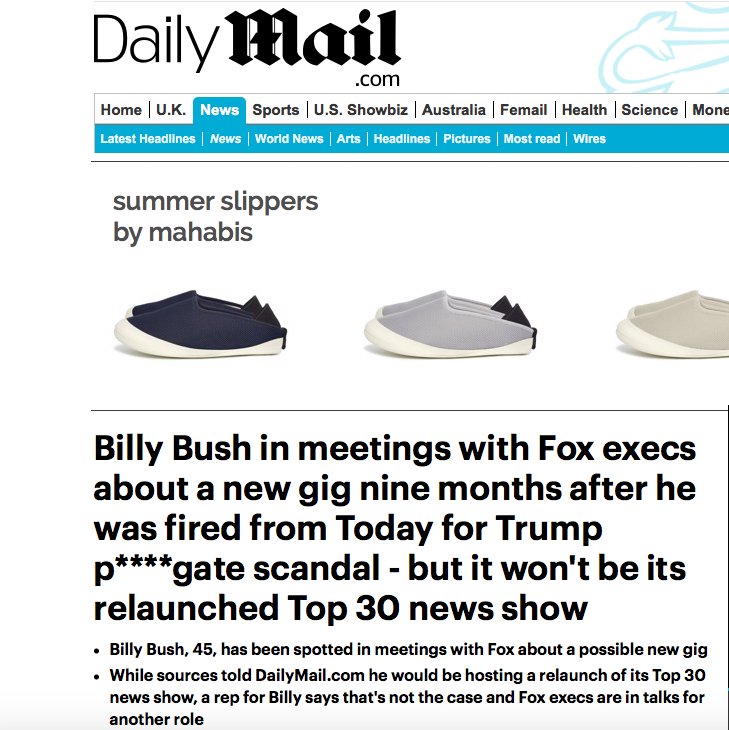