Melania Trump blew everyone away in the outfit she wore when she walked off Air Force One after returning to the States after her trip to Paris on Friday. 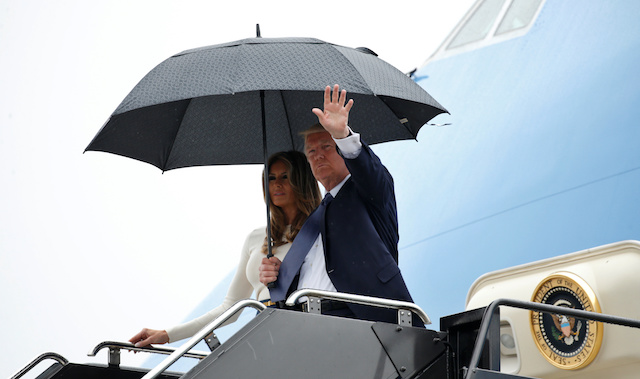 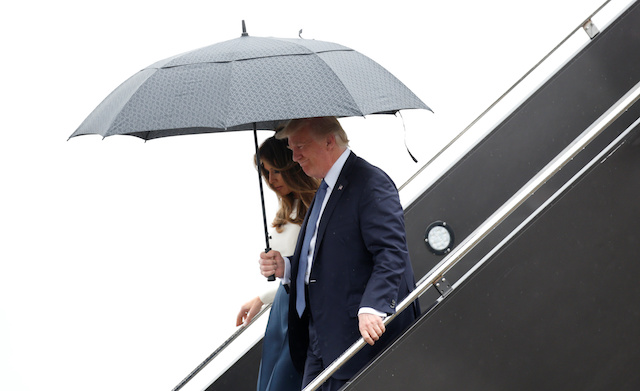 The long sleeve cream color top and blue pants that she paired with a gold belt, looked gorgeous on the first lady as she and President Donald Trump descended the stairs at Newark, New Jersey International Airport. (RELATED: The Dress Melania Trump Wore Boarding Air Force One Would Make A Fashion Critic’s Jaw-Drop [PHOTOS]) 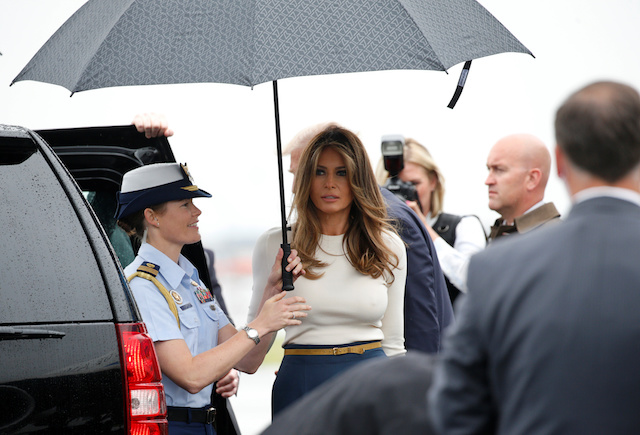 Even though the rain was coming down upon the Trump’s return home, the first lady shined in the fantastic outfit that she completed with nude high heel boots. (RELATED: Melania Trump Celebrates The Fourth In Gorgeous Blue Dress [PHOTOS])

Earlier in the day, Trump stole the show at the Bastille Day celebration in Paris in a sleeveless white and blue floral print dress by Valentino that she completed with powder blue high heels. 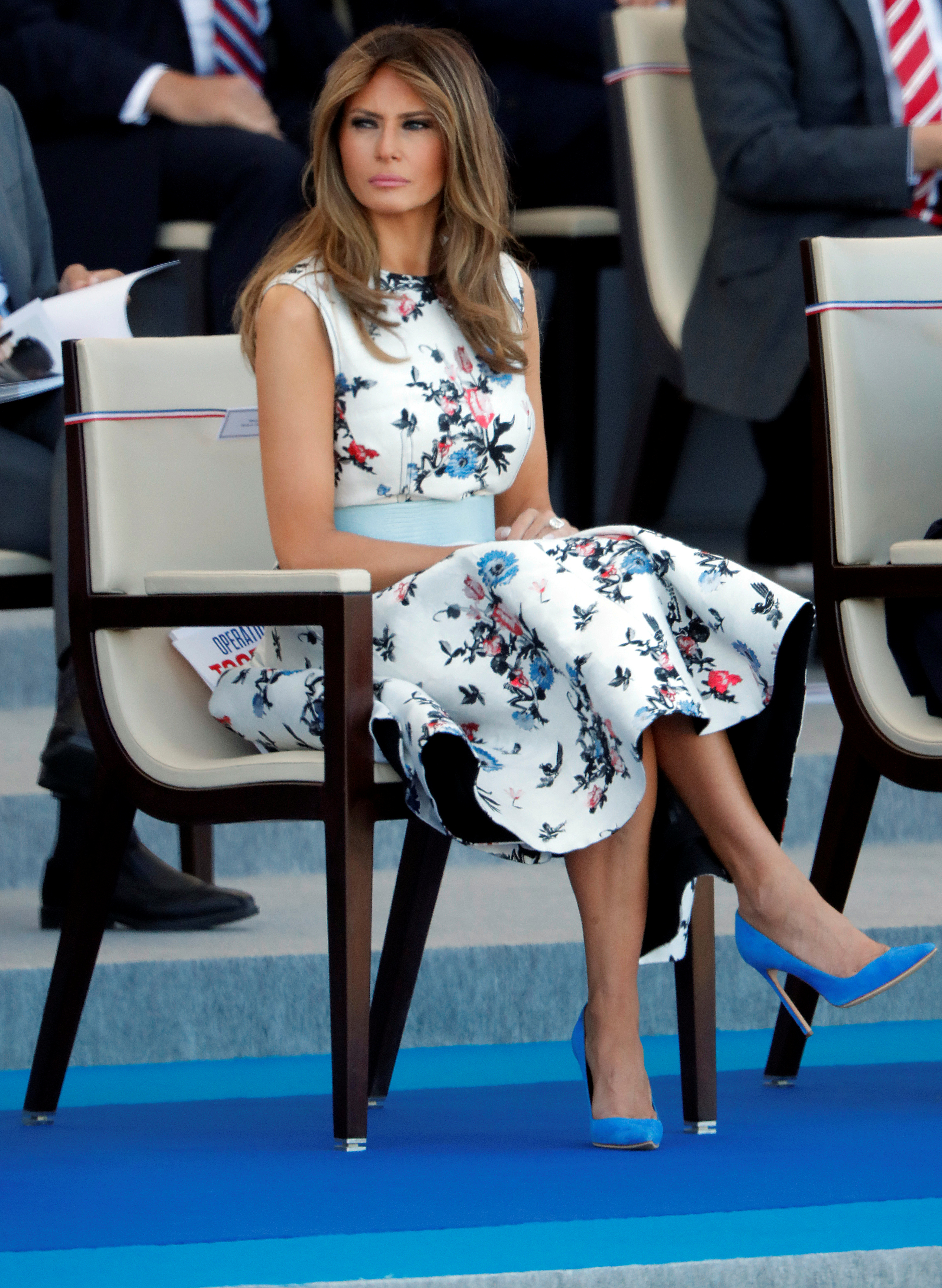 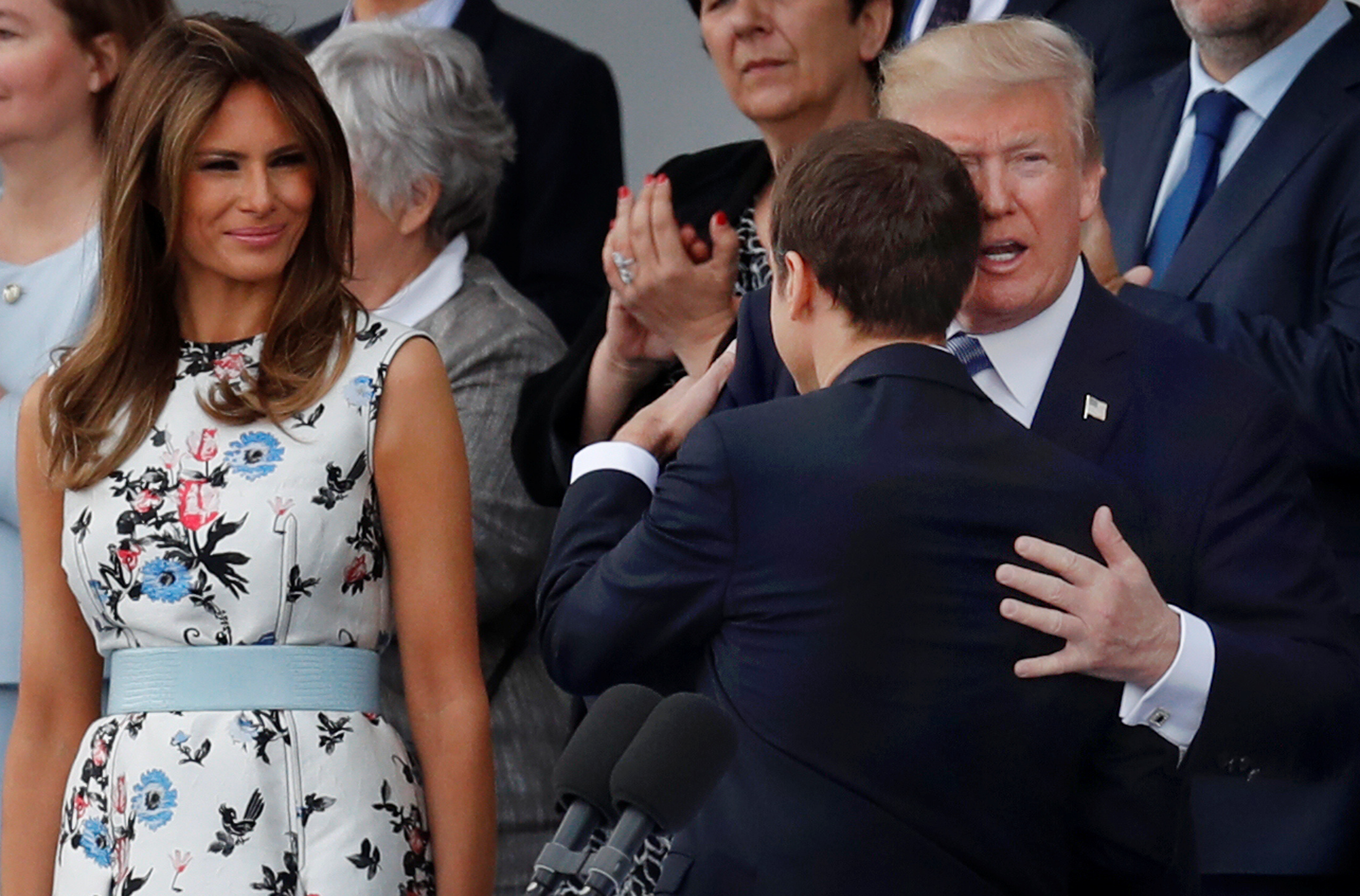 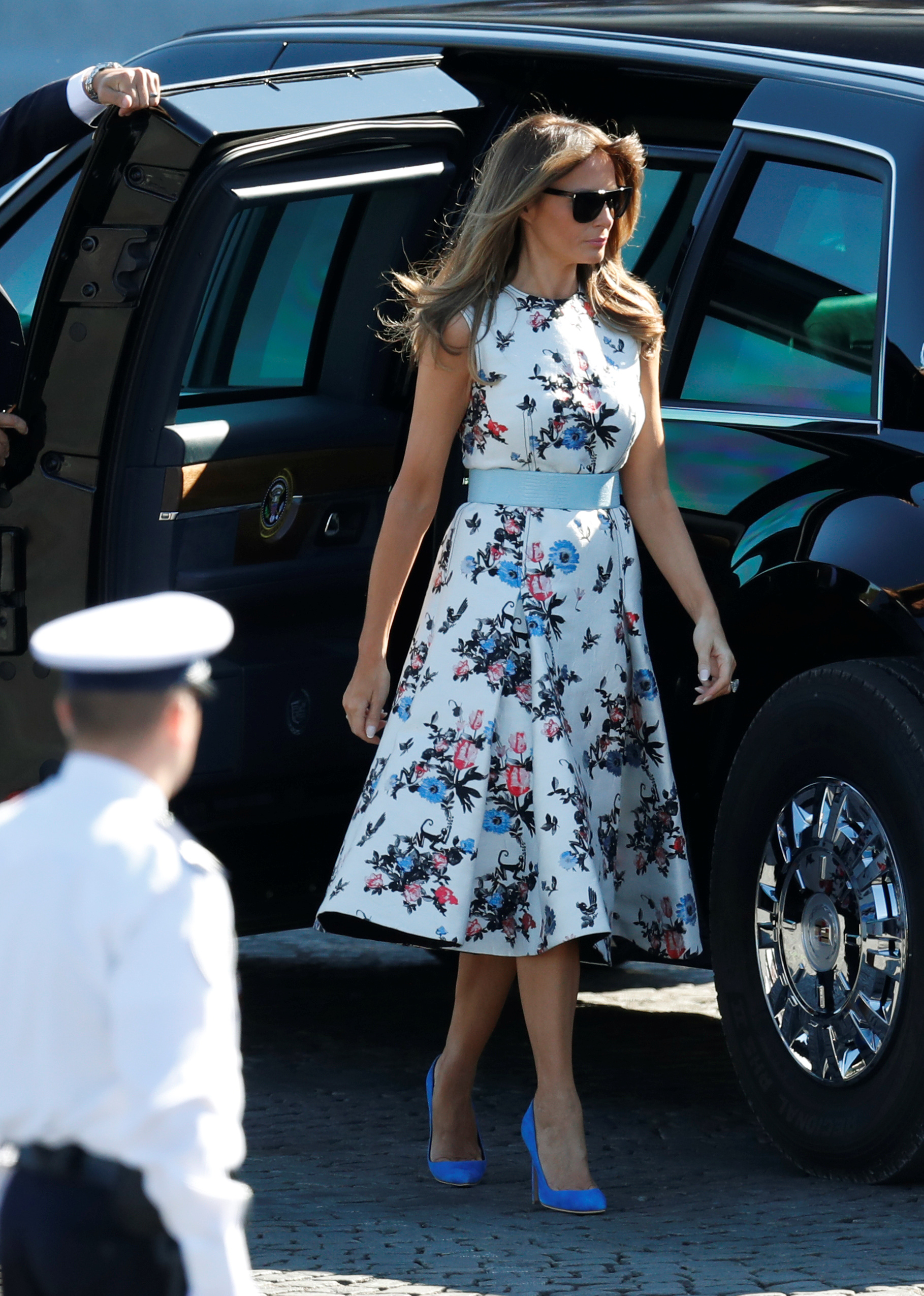 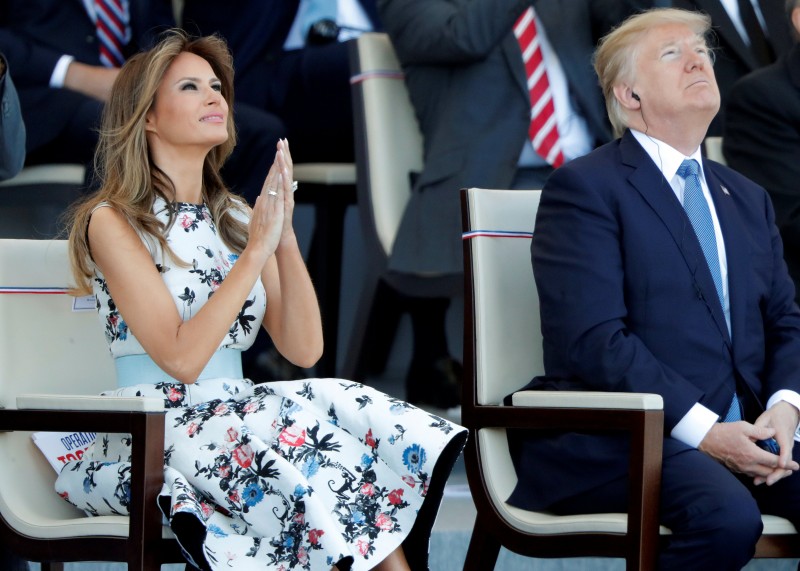