U.S. District Judge Derrick Watson ruled Thursday that grandparents are exempted from President Trump’s executive order temporarily barring the entry of refugees. That same ruling also said that if a refugee has received an assurance from a resettlement agency, they are exempted from the ban.

“I would say that, as it was reported to me, it seemed to be fairly broad and something that would trouble me if it was as broad as reported,” Bossert told reporters aboard Air Force One. “In terms of a connection with any group, any refugee organization, it might be read, if the early reports that I looked at were accurate, as something so expansive as to cover every refugee. And that certainly couldn’t be the interpretation the Supreme Court intended.” 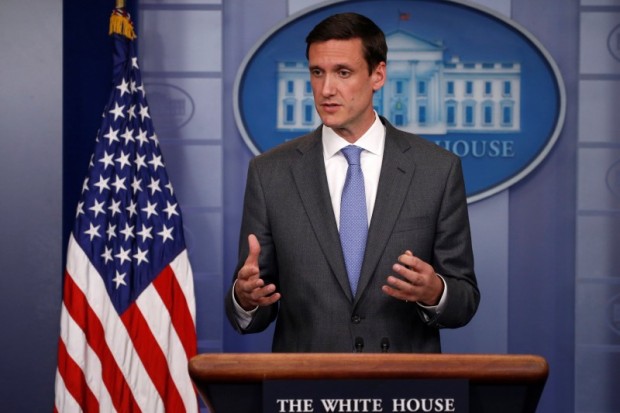 White House Homeland Security Advisor Tom Bossert speaks to reporters about the global WannaCry “ransomware” cyber attack, prior to the daily briefing at the White House in Washington, U.S. May 15, 2017. REUTERS/Jonathan Ernst

The Supreme Court ruled in late June that President Trump’s travel ban could take effect and allowed only spouses, siblings, parents, and children to be exempted from the executive order.

Bossert said: “So we’ll have to go back and have the attorneys read it, interpret it further, and decide whether this is another productive or unproductive step in this saga as we try to secure our country.”

Hours after Bossert’s comments, Attorney General Jeff Sessions said in a statement: “Once again, we are faced with a situation in which a single federal district court has undertaken by a nationwide injunction to micromanage decisions of the co-equal Executive Branch related to our national security.  By this decision, the district court has improperly substituted its policy preferences for the national security judgments of the Executive branch in a time of grave threats, defying both the lawful prerogatives of the Executive Branch and the directive of the Supreme Court. “

“The Supreme Court has had to correct this lower court once, and we will now reluctantly return directly to the Supreme Court to again vindicate the rule of law and the Executive Branch’s duty to protect the nation,” Sessions added.