Charlize Theron was hard to miss when she was spotted on her way to ABC’s “Good Morning America” studio in New York City Thursday. 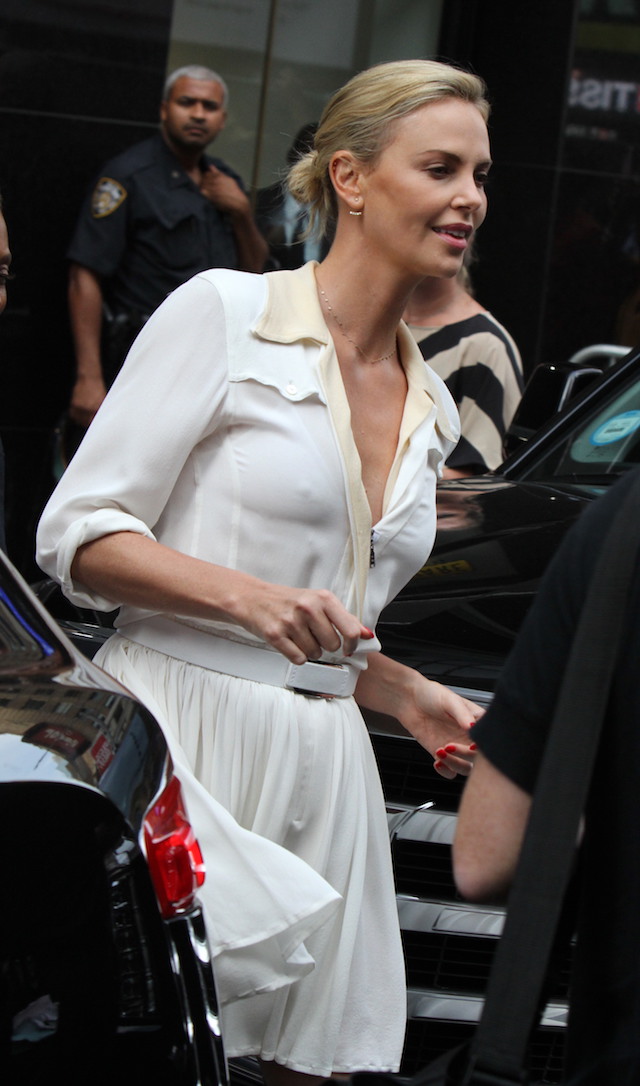 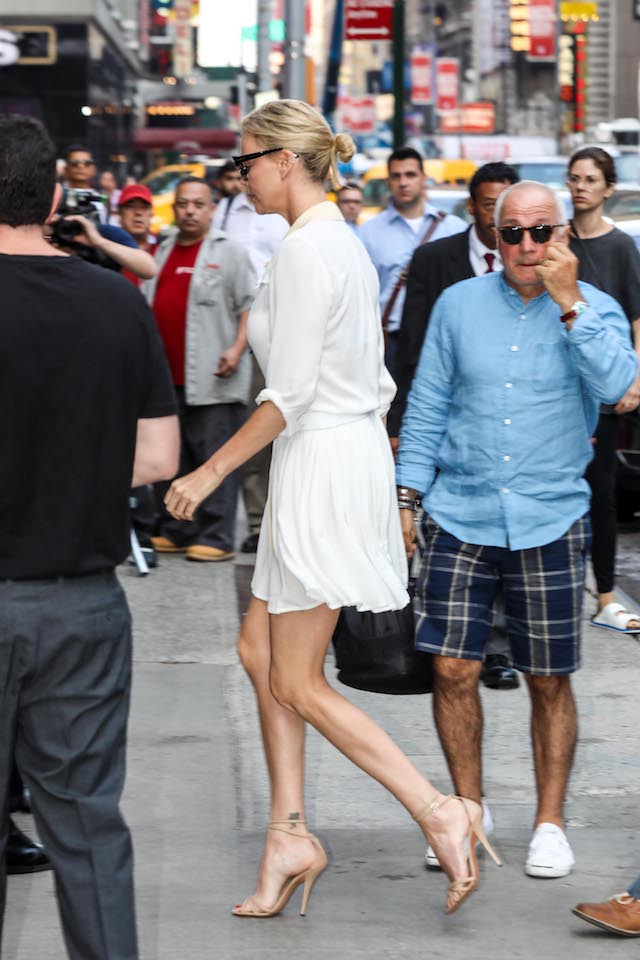 Photographers spotted the 41-year-old actress going bra-free in a long-sleeve zippered white dress dress with a belt. (RELATED: This Photo Of Charlize Theron Without Pants On Is The Greatest Thing On The Internet Right Now) 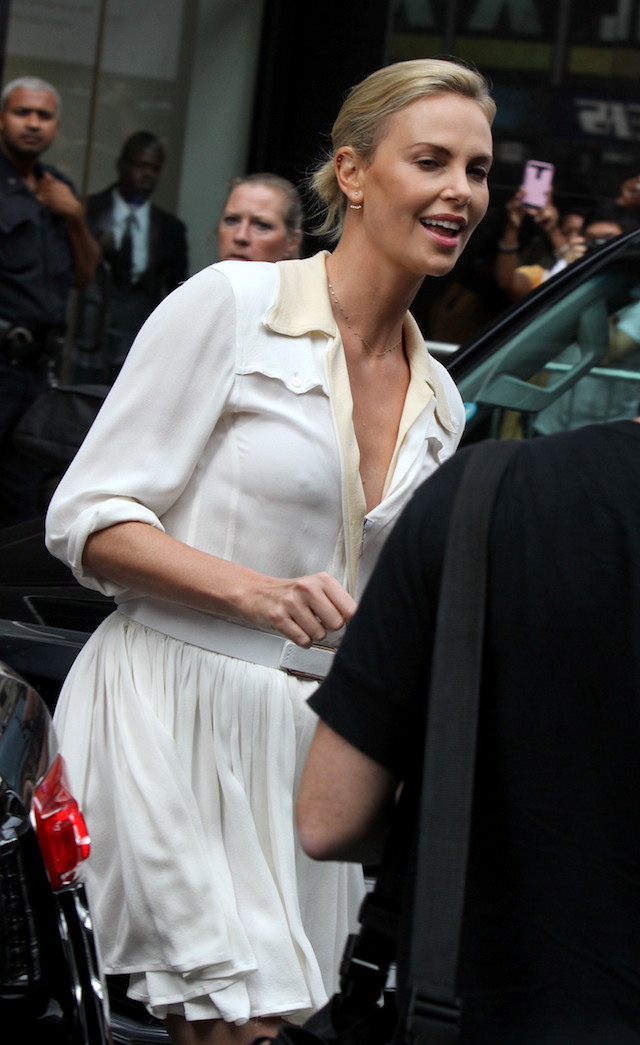 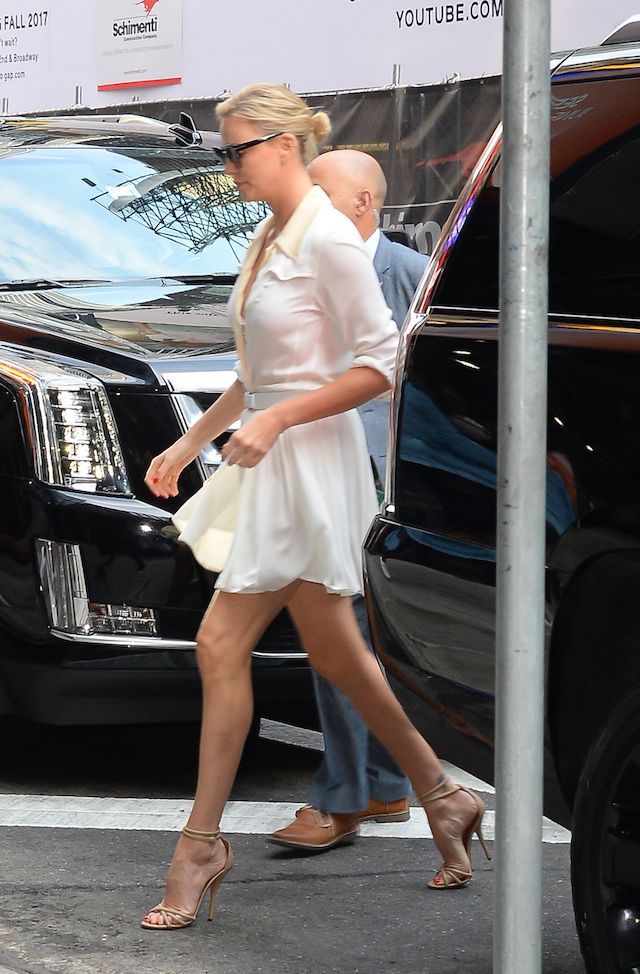 She completed the summer look with a pair of nude color high heels. 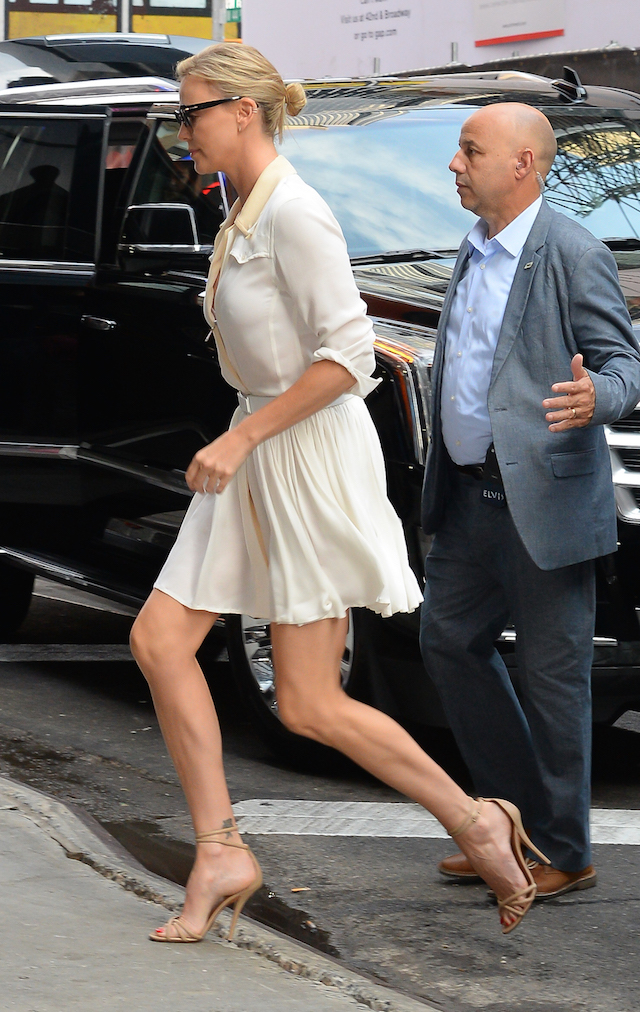 Theron was on the morning show talking about her upcoming action movie “Atomic Blonde.” In a recent interview, the actress talked about her same-sex scene in the movie, calling it  “easy.”

“With Sofia [Boutella], it was easy just because were both dancers and you have to choreograph those scenes quite a bit,” Theron explained. “Otherwise, they just become silly. There is a technical aspect to it, so with her it was really easy because she thinks like me because we’re dancers.” 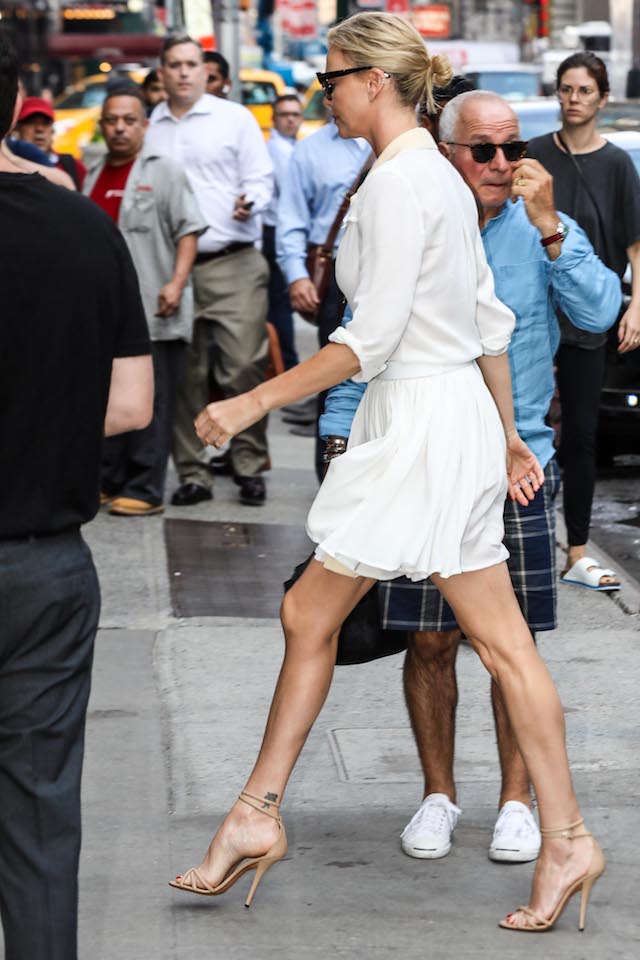 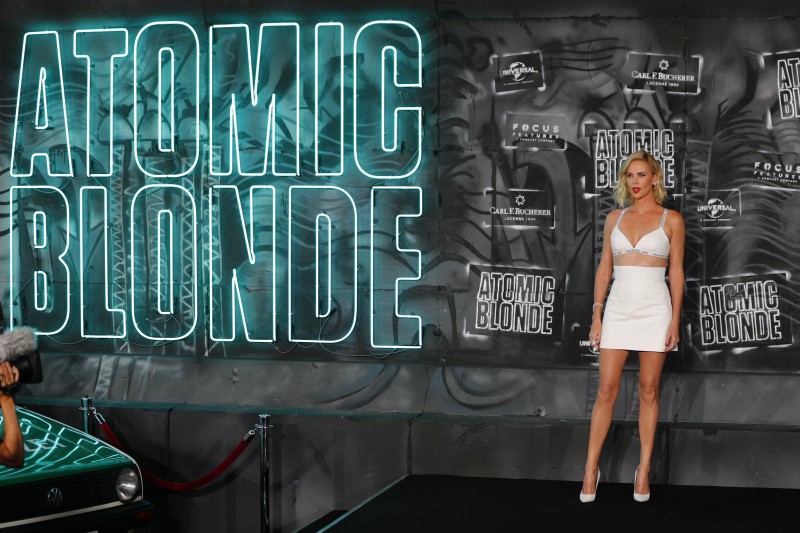 Cast member Charlize Theron poses on the red carpet as she arrives for the world premiere and screening of the movie ‘Atomic Blonde’ in Berlin, Germany. REUTERS/Fabrizio Bensch