Some of President Trump’s strongest supporters in the media have lost faith in Attorney General Jeff Sessions.

Trump tore into Sessions in an interview with The New York Times Wednesday, expressing regret for choosing him as attorney general. The White House said on Thursday that Trump still has confidence in Sessions, but noted that firing Sessions would be within Trump’s authority as president.

While the White House claims that Trump has confidence in Sessions, some of the loudest pro-Trump voices are openly turning on Sessions.

“I know that Sessions does not have the confidence of the President. He should resign,” longtime Trump adviser Roger Stone told a Washingtonian writer on Wednesday.

Right-wing blogger Mike Cernovich, whose work Donald Trump Jr. has publicly praised, blasted Sessions as “out of touch,” adding that the attorney general “has to go.”

New York Post columnist Michael Goodwin was calling on Trump to fire Sessions even before the NYT interview.

“Instead of firing the special counsel, which would serve as a rallying cry to the left and alienate some Republicans, Trump should wage a smart campaign to fight Mueller,” Goodwin wrote on Monday. “He can begin by firing two other people — Attorney General Jeff Sessions and his deputy, Rod Rosenstein.” 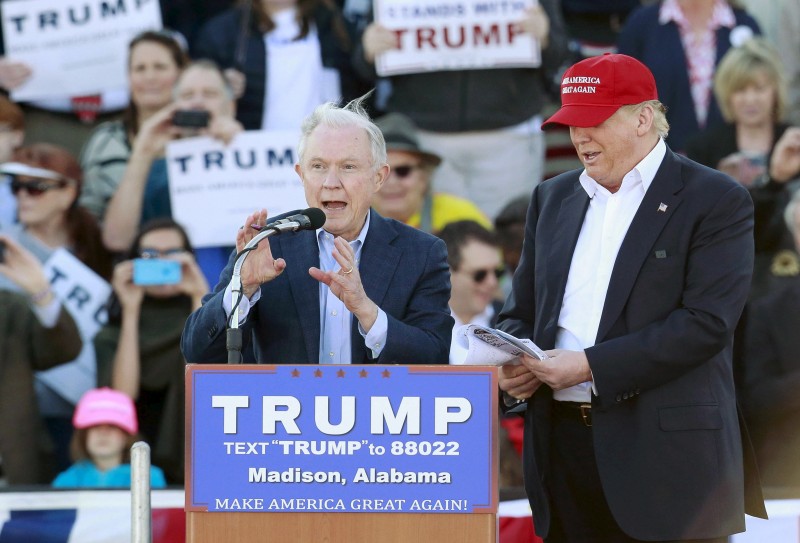 Fox News host Sean Hannity and Rush Limbaugh stopped short of saying Sessions should resign or be fired but both of them, like Trump, appear to have soured on Sessions.

Hannity criticized Sessions on his radio show Wednesday for not reopening the investigation into former secretary of state Hillary Clinton’s email server.

“I don’t know where Jeff Sessions is, maybe something’s happening that we don’t know about,” Hannity said. He added: “I’m like, OK, we have a new attorney general, statute of limitations have not gone anywhere, why isn’t this woman being investigated?”

Radio host Rush Limbaugh similarly appeared to side with Trump over Sessions on Thursday.

“And this recusal just blindsided [Trump]. I’ll tell you why. I think Trump believed, since Sessions was so willing in the Senate to go against amnesty and to go against comprehensive immigration reform, I am convinced that Trump thought that Sessions was a fighter just like Trump sees himself. And then when Sessions recused, Trump was surprised,” Limbaugh said.

“And if I were in Trump’s shoes I would be so livid about [the Russia investigation] I wouldn’t be able to contain myself the way he is. It is that absurd,” Limbaugh added. “This is totally ridiculous.”