Gen. Tony Thomas, oversees Special Operations Command, told Fox News’ Catherine Herridge last week that his team was “particularly close” to al Baghdadi in May 2015 after killing a top ISIS official, Abu Sayyaf, and capturing his wife, who reportedly provided intelligence to U.S. forces. The Pentagon announced Sayyaf’s death and the capture of his wife in a press release the same day.

The NYT published a story on June 8, 2015 titled, “A Raid on ISIS Yields a Trove of Intelligence,” citing unnamed U.S. officials who shared “confidential intelligence assessments” with the NYT. 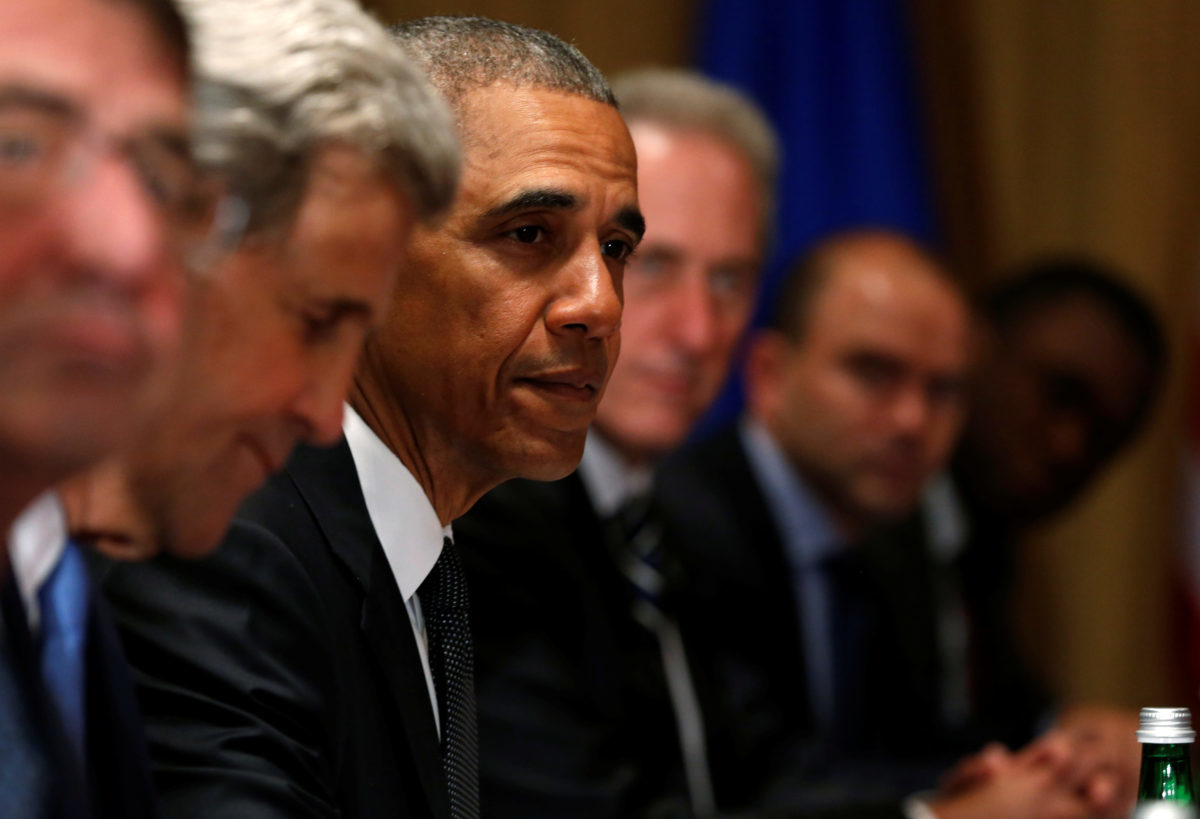 The NYT cited “five senior American officials” who “provided additional details about the materials recovered from the house of Abu Sayyaf, a nom de guerre for a Tunisian militant whom American authorities have since identified as Fathi ben Awn ben Jildi Murad al-Tunisi.” The officials, according to the NYT, spoke “only on the condition of anonymity to discuss confidential intelligence assessments.”

Information obtained from the 2015 raid “was a very good lead,” Gen. Thomas said last week. “Unfortunately, it was leaked in a prominent national newspaper about a week later and that lead went dead.” Thomas did not name the NYT specifically, but Herridge noted that he appeared to be referencing the NYT story.

The paper ran a “fact check” article on Sunday disputing Trump’s claims. The NYT blamed instead the Obama officials who released the information. NYT reporter Michael Gordon noted that “the information in the Times article on June 8 came from United States government officials who were aware that the details would be published.”

“If the military wanted to exploit the information from Umm Sayyaf about Mr. Baghdadi’s movements, why did the Pentagon rush to announce her capture on the day of the raid?” Gordon asked.

The NYT article stated as fact that the paper’s reporting hadn’t “‘foiled’ an attempt by the United States military to kill Abu Bakr al-Baghdadi, the leader of the Islamic State.”