Oakland Raiders wide receiver Amari Cooper looks like he has put on some serious weight during the offseason.

An imagine has begun circulating the web, and it shows a much bigger Cooper than in years past.

For comparison here is a photo of Cooper from last season. He looks like he’s in much better shape and much leaner. 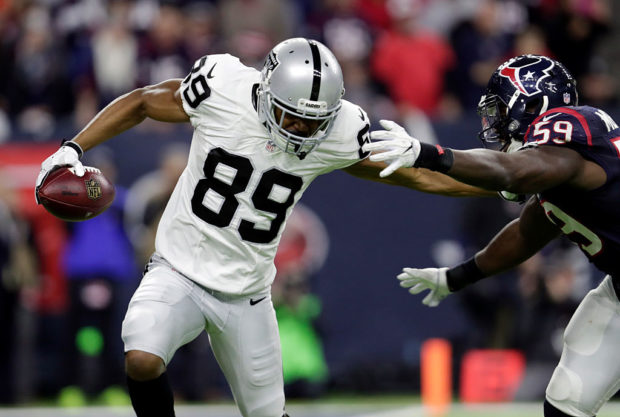 HOUSTON, TX – JANUARY 07: Amari Cooper #89 of the Oakland Raiders runs after catching a pass during the second half of the AFC Wild Card game against the Houston Texans at NRG Stadium on January 7, 2017 in Houston, Texas. (Photo by Tim Warner/Getty Images)

I’m not expert, but if my superstar receiver shows up to camp looking out of shape and much bigger than the season before I’m going to have some serious questions.

It’s one thing to get bigger physically and not sacrifice any speed or agility. Calvin Johnson is the prototype for that. However, I’m not exactly sure that’s what Amari Cooper has accomplished in the offseason.