Chrissy Teigen has been hating on Donald Trump for a long time, but the president finally had enough of her Twitter rants on Tuesday, Fox News reports.

The Sports Illustrated Swimsuit model has frequently spoken out against Trump and usually makes her opinion known through her tweets, as does Trump. On Tuesday, she posted a screenshot that shows that Trump blocked Teigen from viewing his personal account.

After 9 years of hating Donald J Trump, telling him “lol no one likes you” was the straw pic.twitter.com/MhZ6bXT1Dp

“After 9 years of hating Donald J Trump, telling him ‘lol no one likes you’ was the straw,” Teigen said in the tweet. (RELATED: John Legend Fires Off A Long List Of Reasons Trump Is A ‘Terrible President’)

The swimsuit model and her husband, John Legend, were huge supporters of Hillary Clinton in the presidential election and even spoke at one of the Democratic nominee’s campaign rallies. Since she lost, both Teigen and Legend have repeatedly spoken against Trump. 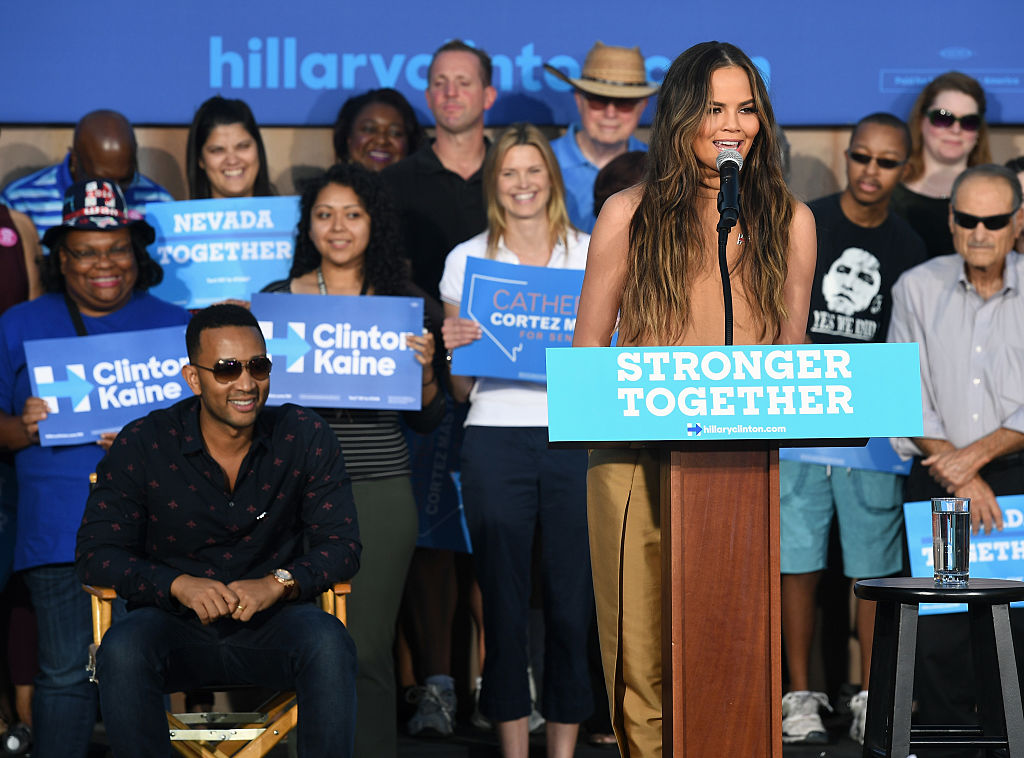 “We’re out trying to get people to register to vote, without telling anyone who to vote for. But I’m sure if you follow me you know my thoughts on who to vote for,” Teigen said on The Ellen DeGeneres Show ahead of the election.

“Of course it’s a really heated election season and I think it’s important to vote for the person who is not a sociopath,” she said hesitantly. “I think that’s a really important thing to do.”