Fear not, “Bachelor In Paradise fans.” The reality show will still be raunchy as ever despite a production setback due to a sexual assault investigation.

But now they’re trying to create a safe space for participants, which hopefully won’t destroy the show’s edge.

The ABC spinoff, notorious for hosting ex-“Bachelor” and “Bachelorette contestants in Sayulita, Mexico with nothing but alcohol and temptation, devastated fans when rumors of the show being nixed started swirling. After a producer reported an uncomfortable sexual encounter between contestants DeMario Jackson and Corinne Olympios in early June, filming halted for almost two weeks and an investigated was launched.

An all-clear from the investigators sparked hope in fan’s hearts. But rumors of newly implemented rules threatened the raciness many fans relish. Rules like a two-drink-per-hour maximum and having to ask for permission to sleep with a cast member were put into effect to nurture a safer environment. 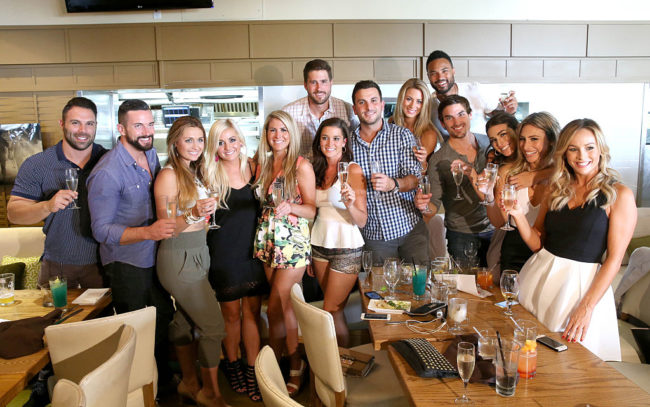 The cast of ‘Bachelor in Paradise’ Season 2 attends the “Bachelor In Paradise” Returns To Mexico For Season 2 Premiere Party at Mixology101 on August 2, 2015 in Los Angeles. (Photo by Jesse Grant/Getty Images for Leisure Opportunities)

Host Chris Harrison put all worries to rest, telling The Hollywood Reporter that any changes made to the show will not translate to the screen. Harrison also used the interview to clear up any misconceptions regarding alcohol abuse on the show.

“Yes, we’ve made some changes but if you talk to the cast, they’ve always been the most important thing to us — taking care of them and their safety,” Harrison said. “So while we’re going to talk about rules and talk about certain things and have a dialogue, you’re not going to notice major changes.”

Harrison reminded the magazine that drunks don’t make for good TV “and as far as alcohol goes, that’s never been a big thing for us. That’s a big misconception of the show — that we push it, and that we need it and we want it.”

As for the incident between Jackson and Olympios, Harrison said it will not be shown but viewers will gain better insight on what actually went down. The two declined returning to Mexico but are likely to have a sit-down with Harrison, The Hollywood Reported added.