WASHINGTON — Ahead of a congressional hearing on free speech on college campuses, Republican Ohio Rep. Jim Jordan told The Daily Caller that he would be willing to support legislation that withholds federal funding from public universities that limit students’ First Amendment rights.

The hearing, which will be before two House oversight subcommittees, is scheduled for Thursday morning. Jordan is planning to lead the questioning.

“At some point, if there’s not disciplinary action taken against people who disrupt, shout down and in some cases resort to violence — and if schools actually don’t respect the First Amendment like everywhere in this country — then you have to look at the remedy,” Jordan told TheDC. “The remedy, of course, is the dollars. It always is.” 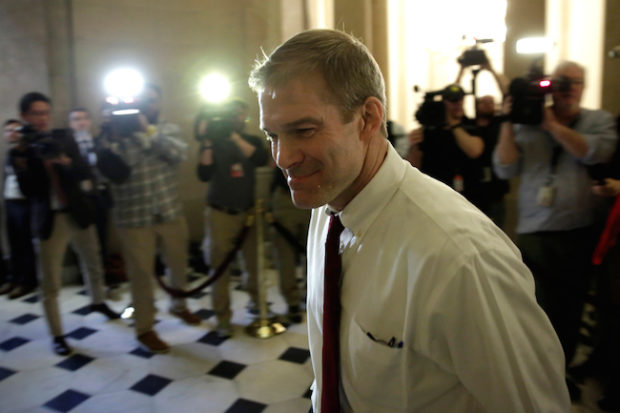 One of the witnesses, conservative author and pundit Ben Shapiro, is expected to push for such legislation during his testimony.

“I’m going to say that they [Congress] should connect funding to protection of First Amendment exercise,” Shapiro told TheDC. 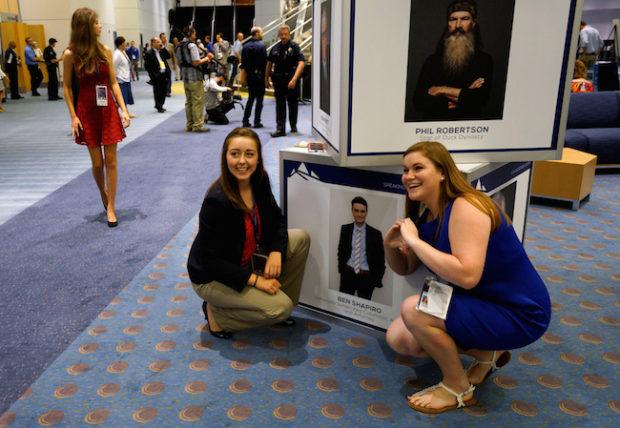 Women pose for a photo with photos of speakers, including Ben Shapiro (lower) and Phil Robertson, at the Western Conservative Summit in Denver July 1, 2016. REUTERS/Rick Wilking

Jordan said that the targeting of conservatives by the IRS for exercising their First Amendment free speech rights in 2013 was what prompted this hearing.

“You have an agency with the clout and power to mess up families’ lives like the IRS,” he said. “Since they were systematically doing it for a sustained period of time, it got me interested in the issue. Then we find out, now on college campuses we have safe spaces and trigger warnings because of conservative ideas. So that’s what prompted us to look into this.”

The purpose of this hearing is to “identify the harms of infringing on the right to free speech on college campuses” and “to understand administrators’ concerns about public safety and controversial speakers on campus, which sometimes lead to unconstitutional restrictions on free speech,” according to a hearing advisory.

When asked what his colleagues on the left think of this hearing, Jordan said, “I think they’ll embrace it. In fact, two of our witnesses come from the left. Former college President Dr. Zimmerman and Nadine Strossen with the ACLU. They come from a left, Democrat, liberal perspective, but they’re true liberals. They say, let’s have a real, vigorous debate like you’re supposed to on college campuses.”

The Senate Judiciary Committee had a similar hearing regarding this matter on June 20. Unlike Rep. Jordan, top-ranking Democrat Sen. Dianne Feinstein took a different stance on the matter. She contended that she “knows of no effort at Berkeley, at the University of California, to stifle student efforts to speech. And if there is a specific effort, I would certainly appreciate it if people brought that to my attention.”

Her statement comes months after the violent riots that ensued when Milo Yiannopoulos was scheduled to speak at U.C. Berkeley. He ultimately ended up canceling the event for safety reasons. 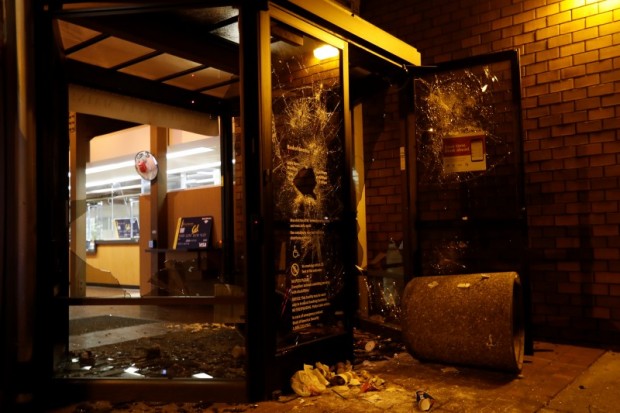 A vandalized Bank of America office is seen after a student protest turned violent at UC Berkeley during a demonstration over right-wing speaker Milo Yiannopoulos, who was forced to cancel his talk, in Berkeley, California. REUTERS/Stephen Lam

After facing media backlash from initially canceling Ben Shapiro’s appearance, the school will now allow Shapiro to come but at a smaller venue. Berkeley will also waive the venue fee.

Rep. Jordan is well aware of the troubles conservatives face when scheduling speeches on campus. This is just “one more example of what we’re up against here and what’s going on on campuses that receive a boat load of your tax dollars, and from my perspective, a boat-load of tax dollars of the families in the 4th District of Ohio, and that’s a concern.”