But on Wednesday at 9:30 LA time, famed singer Justin Bieber hit a member of the pap with his truck.

To his credit, the heartthrob stayed with Maurice Lamont, before he was taken to a hospital. Reports indicate he’s going to be just fine.

But was it the photographer’s fault?

At least one member of Washington’s meager paparazzi is saying it was.

“Not Bieber’s fault, that photog should be arrested for standing in the street #TeamJustin,” Mark Wilkins told The Mirror.

Wilkins often stakes out famous people at the airport, train station or anywhere else a tip sends him.

Lamont wasn’t sore with Bieber. “WOW WHAT A WAY TO BRING IN MY BIRTHDAY! SHOTGETTER POWER! I WISH BIEBER WAS STILL ON TOUR!!” he said on Instagram with a photo of himself in a hospital bed. 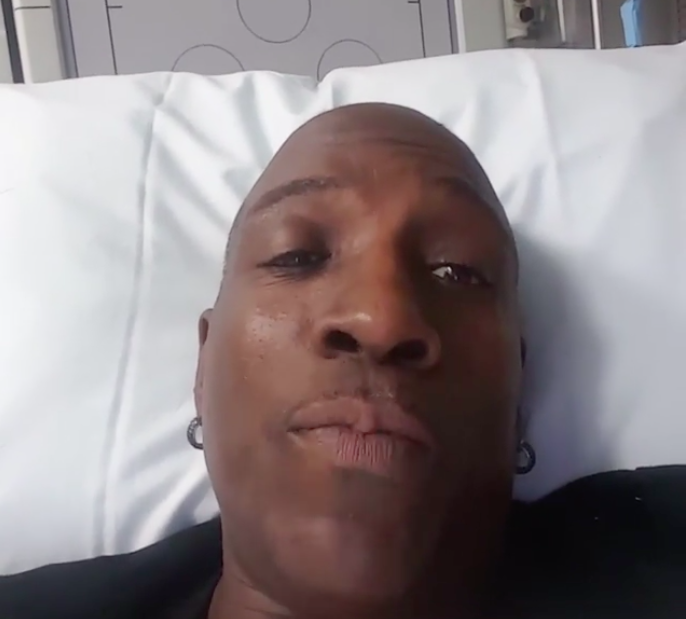 “OK. Shotgetter’s hanging in there everybody,” Lamont says. “Hour before my birthday hits I get ran over by Justin Bieber. Isn’t that something? He’s a good kid, though. I think the truck was a little bit too big for him though ’cause there’s no way he could see over the front. It was the slope it was on…accidents happen. Hopefully everything works out here. Gettin’ ready to go into the x-rays here.”

Most of his followers and friends wished him well and showered him with prayers.

But one man had litigious thoughts on the brain: “Sue that little spoiled rich mother fucker.”

The news broke in the middle of the night.

NBC News further explained, “A paparazzo was taken to hospital with minor injuries after Justin Bieber accidentally hit him with his truck as he left an event.”

Bieber can be heard saying to the mob of photographers, “If you could just give us a little space, OK?”