Ivanka Trump turned heads when she showed up Monday at the Medal of Honor ceremony at the White House in a gorgeous cream-colored top and pencil skirt outfit. 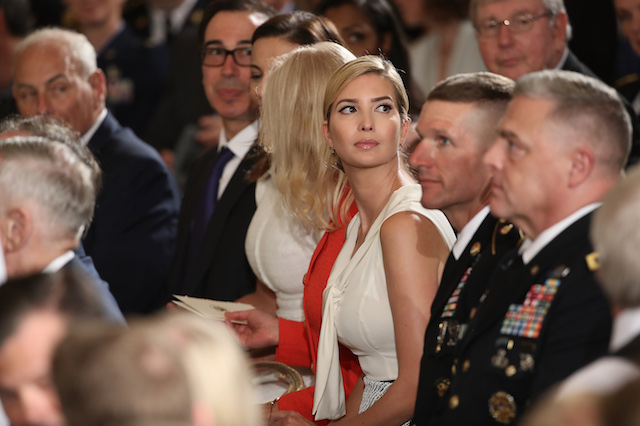 The first daughter looked terrific in the sleeveless top and black and white skirt she wore to the ceremony where President Donald Trump presented the Medal of Honor to former Army Specialist James McCloughan of South Haven, Michigan for his heroic acts during the Vietnam War. (RELATED: 30 Of Ivanka Trump’s Best Looks Since Becoming Adviser To The President [SLIDESHOW]) 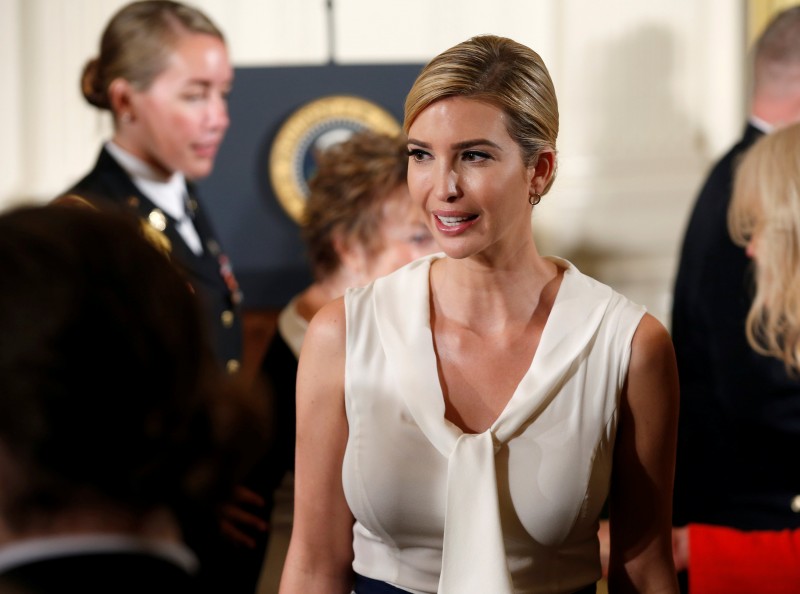 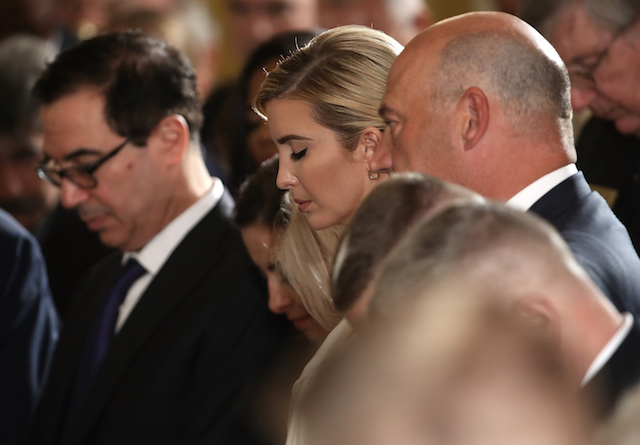 She completed the great look with a black belt and nude high heels.

Later, the first daughter appeared in photographs standing beside her husband White House Senior Advisor Jared Kushner in the Oval Office after General John Kelly was sworn-in as White House Chief of Staff. 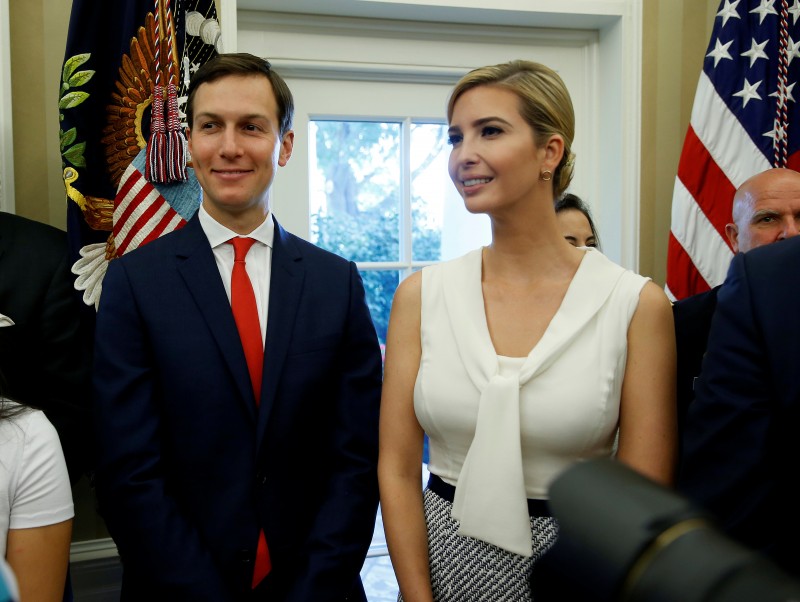 “Looking forward to serving alongside John Kelly as we work for the American people,” Trump wrote in the caption next to the post she shared on Instagram. “General Kelly is a true American hero, and his leadership and love of country are second to none.”

“Today the President awarded the Medal of Honor to Private First Class James C. McCloughan, a Vietnam veteran distinguished by his great strength & courage. Congratulations and thank you for your service,” the first daughter captioned a second post on her social media account from the day.