Tributes from Hollywood and Broadway are pouring in after news broke that Oscar-nominated actor Sam Shepard died at the age of 73.

A family spokesperson confirmed to People magazine Monday that the actor had passed away at his home in Kentucky Thursday after complications from his battle with ALS. 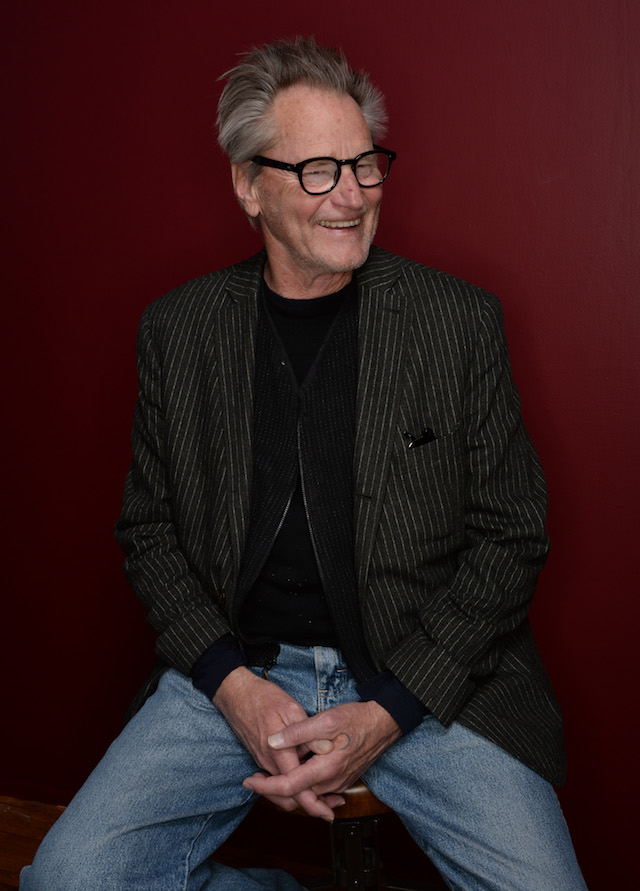 PARK CITY, UT – JANUARY 18: Actor Sam Shepard poses for a portrait during the 2014 Sundance Film Festival at the Getty Images Portrait Studio at the Village At The Lift Presented By McDonald’s McCafe on January 18, 2014 in Park City, Utah. (Photo by Larry Busacca/Getty Images)

Actress Ava DuVernay reacted on Twitter to the news sharing a shot of the two from the 1978 movie “Days of Heaven.” Jason Alexander wrote that “A great man of the theater has passed.”

“Sam Shepard. Whenever he came on-screen, you knew you were in good hands. A frame from “Days of Heaven.” May he rest in love,” DuVernay tweeted.

Sam Shepard. Whenever he came on-screen, you knew you were in good hands. A frame from “Days of Heaven.” May he rest in love. pic.twitter.com/DQc0fy7EqN

“A great man of the theater has passed. Thank you, Sam Shepard. RIP,” Alexander tweeted.

A great man of the theater has passed. Thank you, Sam Shepard. RIP.

Jeanne Moreau, Sam Shepard thank you for enlighten us at 24 frames per second. RIP pic.twitter.com/fPi6HTLnzp

Everyone who ever met him or worked with him even for a minute is going to share their Sam Shepard story and it’s going to be fantastic.

Literally bumped into Sam Shepard many years ago, both of us on our way to see Pillow Man on Broadway. We had a great chat/walk. #hero RIP

Sam Shepard is one of the greats. These eyes saw so much, and he wrote of what he saw with fearless, timeless honesty. RIP maestro. pic.twitter.com/pIY4FWxXtZ

Sam Shepard was a towering figure in American theater and film. He indeed had “the right stuff.” His voice will truly be missed. https://t.co/gkkK8KHxum

First became a Sam Shepard fan as a playwright when I was in Buried Child @BU_SOT Tremendously talented actor as well. Gone too soon. RIP

RIP Sam Shepard, too young. Loved acting in his stuff way back when I was a more actorly actor. So much fun. https://t.co/AqVkhbNX5e

There’s gonna be a general lack of toast in the neighborhood this morning. Goodbye Sam Shepard.

Sam Shepard has long been a hero of mine. A versatile artist with an unflinching style entirely his own. A renegade renaissance man. RIP.

Rest with the angels, Sam Shepard. My condolences to all that loved him. https://t.co/EmkNymyohG

“When you hit a wall — of your own imagined limitations — just kick it in.” Sam Shepard was a brilliant artist who gave us all so much. #RIP pic.twitter.com/4REeI4pUjw