Americans feel more threatened by Russia’s power and influence than do the citizens of almost any other country in the world.

That’s according to a new Pew Research Center report published Tuesday. Pew surveyed citizens of 38 countries on what they considered to be threats to their country. America ranked fourth highest for the number of citizens who described Russian power and influence as “a major threat to our country.” The only countries more threatened by Russia are Poland, Turkey and Jordan. 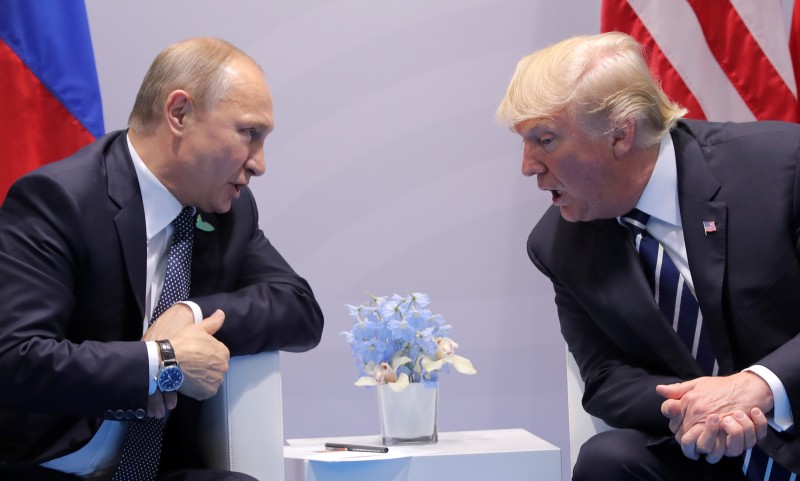 The survey also shows that Americans feel more threatened by Russia than Russians do by America. Pew found that 37 percent of Russians describe American power and influence as “a major threat to our country.”

Russian President Vladimir Putin announced on Sunday that 755 American diplomats will be forced out of Russia, in retaliation to sanctions passed by the Senate last week. (RELATED: Putin Is Kicking Hundreds Of American Diplomats Out Of Russia)

Trump is expected to sign the bill this week, after it passed with veto-proof majorities in both the House and the Senate. The bill sanctions Russia, Iran and North Korea and prevents Trump from unilaterally easing sanctions against Moscow.

The Pew report also found that ISIS and global warming are considered the top two threats among the 38 countries surveyed. (RELATED: Most Believe Global Warming Is As Big A Threat As ISIS)