Republican Arizona Rep. Trent Franks says that Robert Mueller is in “clear violation” of federal law prohibiting a special counsel from having a conflict of interest and therefore must immediately resign as special counsel overseeing the Russia investigation.

Mueller’s reported friendship with former FBI director James Comey presents a clear conflict of interest, according to Franks, who is a senior member on the House Judiciary Committee. Federal law defines a conflict of interest as: “a personal relationship with any person substantially involved in the conduct that is the subject of the investigation or prosecution.”

“Bob Mueller is in clear violation of federal code and must resign to maintain the integrity of the investigation into alleged Russian ties. Those who worked under them have attested he and Jim Comey possess a close friendship, and they have delivered on-the-record statements effusing praise of one another,” said Franks.

“No one knows Mr. Mueller’s true intentions, but neither can anyone dispute that he now clearly appears to be a partisan arbiter of justice. Accordingly, the law is also explicitly clear: he must step down based on this conflict of interest.” 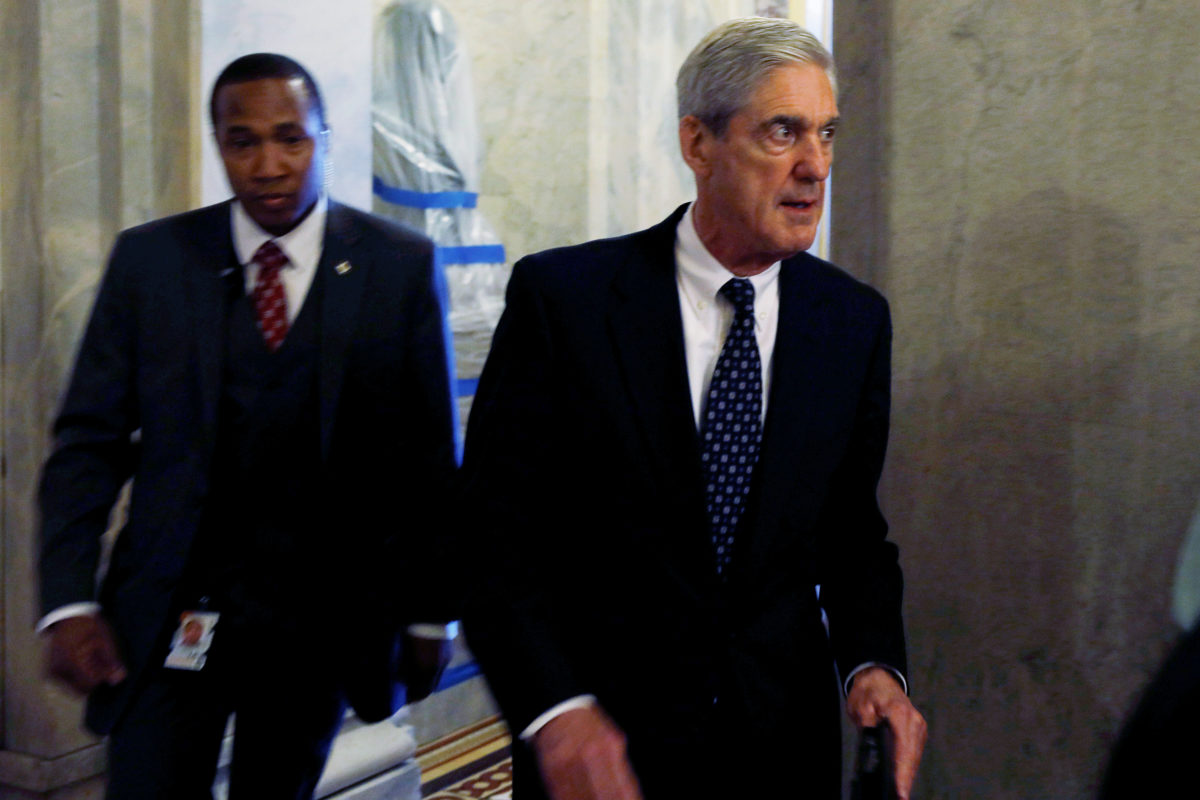 Mueller was Comey’s predecessor from 2001-2013 and, as reported by Fox News, has a well-documented close relationship with Comey. Other outlets including CNN have documented Comey and Mueller’s long-running history. Comey once called Mueller “one of the finest people I’ve ever met.” An AP report on Comey and Mueller said they “served closely alongside each other in the Bush administration Justice Department” and “have spoken warmly of each other,” although it is disputed that the two are close friends.

Comey testified before the Senate that he orchestrated the leaking of memos he wrote while still FBI director for the express purpose of getting a special counsel appointed after Trump fired him. That special counsel ended up being Robert Mueller. (RELATED: Comey Admits He Orchestrated Leaks To New York Times)

“Already, this investigation has become suspect – reports have revealed at least four members of Mueller’s team on the Russia probe donated to support Hillary Clinton for President, as President Trump pointed out. These obviously deliberate partisan hirings do not help convey impartiality,” Franks said. (RELATED: Mueller Has Hired At Least Seven Democratic Donors For His Investigation)

“Until Mueller resigns, he will be in clear violation of the law, a reality that fundamentally undermines his role as Special Counsel and attending ability to execute the law.”

President Trump, who has grown increasingly frustrated with the Russia investigation, has reportedly considered firing Mueller. In a June interview on “Fox and Friends,” Trump said that Mueller was “very, very good friends with Comey, which is bothersome.”

If Trump were to fire Mueller, he could expect certain pushback from both Democrats and Republicans in Congress.

Just last week, Republican Sen. Lindsey Graham said that if Trump fires Mueller, it “could be the beginning of the end of the Trump presidency.”